Determining Slant’s most popular articles of the year wasn’t easy. What’s the best measurement of what our readers are most interested in? Time spent on a page isn’t a reliable metric, as evidenced by the leader in that race: page two of the search results for “Visconti.” The articles with the most comments merely reflected the rabidity of a particular fanbase’s obsession with aggregated scores. Ultimately, the ratio between unique and absolute pageviews was relatively consistent, so we opted for the latter. Some of the results took us by surprise: An average star rating led to our most-read—err, looked at—article of the year. And our most popular TV recap was for a mid-season episode of RuPaul’s Drag Race (maybe it was the inclusion of the word “Kardashian” in the title, fodder for my long-ignored suggestion that Slant would be better off covering celebrity gossip). In the end, though, this list comprises most of what we do best: incisive critique of film, TV, and music, awards soothsaying, and—with one of our three-week-old 2017 lists eking its way into the Top 10—listology. Hell, maybe in the next 24 hours, this one will make the cut too. Now that would be meta! Alexa Camp 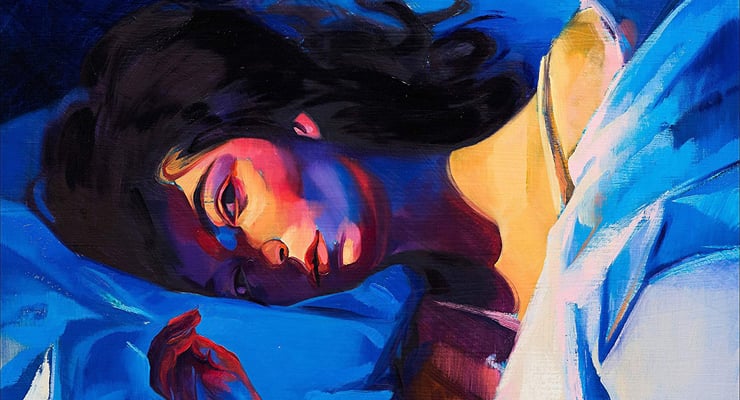 Four years can feel like a lifetime in our increasingly fickle, hyper-paced world, particularly for a musician finally getting around to releasing the follow-up to a debut she recorded when she was just 16. It’s a gamble that pays off for Ella Yelich-O’Connor, better known as Lorde, on Melodrama, which retains the core elements of the New Zealand singer-songwriter’s distinctive sound—minimalist arrangements, catchy melodies, and wry, deadpan vocal performances—but bends and twists the template in surprising ways. Sal Cinquemani 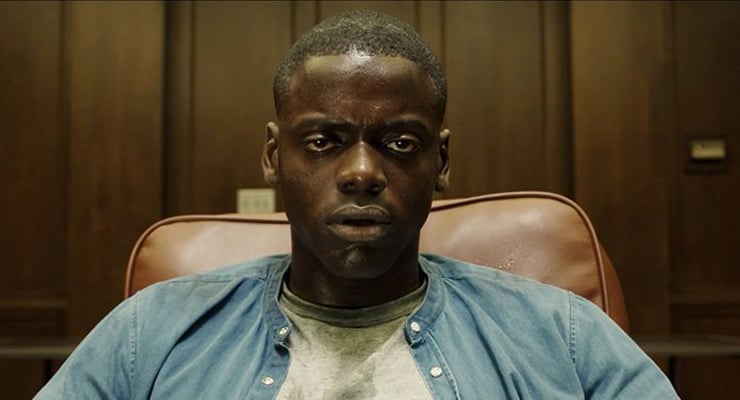 Three of the year’s greatest films are neurotically charged chamber dramas in which artists struggle with their self-absorption and self-loathing to salve their fear and loneliness—a salve which is more readily available to them via their art. Many of these films dramatize a struggle to connect while elaborating on the realms existing within one’s mind, riffing on the at once freeing and imprisoning temptation to write off the outside world. Chuck Bowen 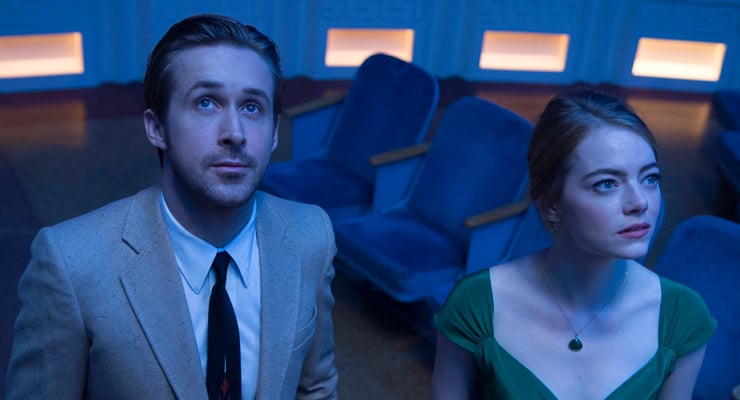 “While it would be an exaggeration to categorize all this sound and fury about something signifying next-to-nothing ‘fun,’ at the very least the hubbub this Oscar year offers welcome respite from the grinding monotony of the presidential race.” So ended the introduction to our Oscar nomination predictions last year. And so ends our collective cautious optimism. Not even Alyssa Edwards’s clicking tongue could summon an exclamation point sharper than the one we now feel reflecting upon the actual stakes of real life amid frivolous, self-congratulating luxury. Unlike we felt when all anyone cared about was getting an Oscar into Leonardo DiCaprio’s hands. Well, we care about a lot more things this year, and so will the Academy. Which means: Expect a lot more films in the Spotlight vein to be nominated, and a lot fewer like Mad Max: Fury Road, with one frivolous exception to the rule that’s going to clearly sing and dance its way to all the wins next month. But we’re getting ahead of ourselves. Here are our best bets to get past the first heat and maybe earn a few nasty tweets from our future POTUS. Eric Henderson 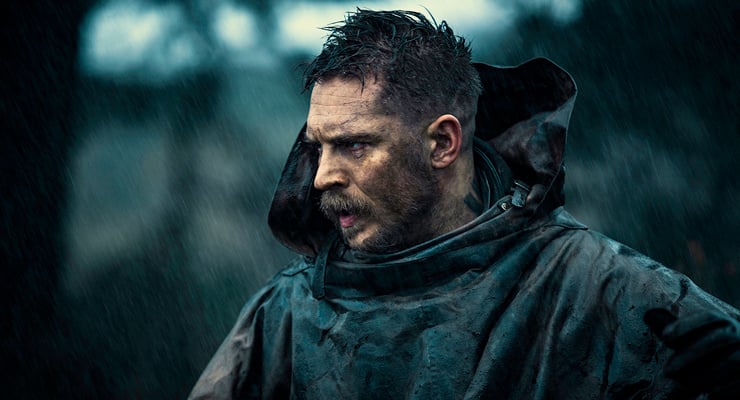 FX’s Taboo is a historical series perched somewhere between the utterly baroque, the intensely theatrical, and the routinely expositional. Tom Hardy (who co-created the series with Steven Knight and his father, Chips Hardy) plays the exquisitely named James Keziah Delaney, a man we first see sailing into London at the head of a small boat, obscured by an ashy cloak that likens him to an earthy grim reaper. It’s 1814 and Britain is at war with the fledgling 15 United States for the latter’s independence. Which is to say that this London doesn’t appear to benefit from a robust and focused budgetary infrastructure, as it’s defined by Knight as a city of mud and Dickensian squalor, of whores, rotting teeth, and men tatted up to the nines and brandishing hidden daggers and muskets. Bowen 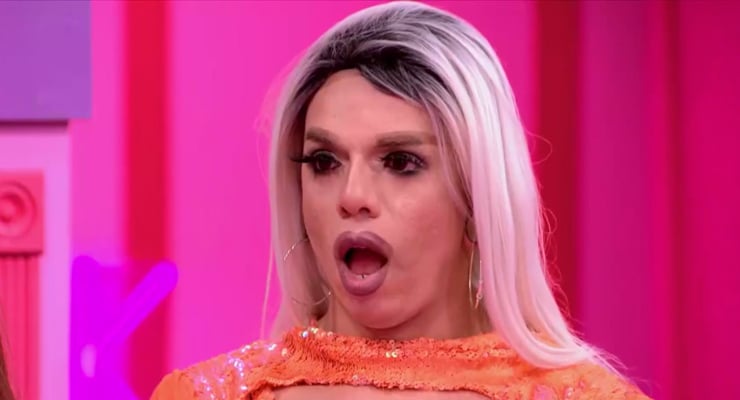 “This is RuPaul’s best friend race!” exclaims Alexis Michelle as three or four other RuPaul’s Drag Race contestants kiss and make up in the workroom. What happens when queens all get along? Producers manufacture drama, silly. And, even for a show that wears its fabrications and intentionality on its rhinestoned sleeve, the machinations start to seem just a touch mannered. Following a series of episodes that effortlessly drew personality (or lack thereof) from a cast that seems more look-oriented than personality-dependent, the fifth episode of the show’s ninth season is a marked regression. And not only because I now, after all these blessed years, am forced to finally write the names of all the Kardashians, a situation for which it will take me some time to forgive Mama Ru. Henderson 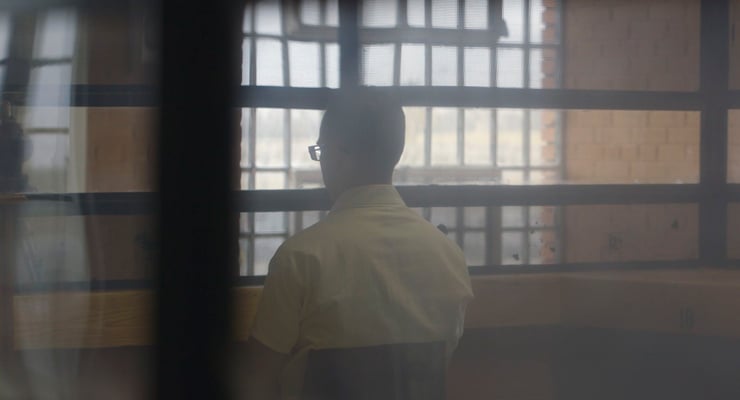 5. Tribeca Film Festival Review: The Family I Had

The Family I Had isn’t slick: Revelations are sprung messily, almost randomly, as they often are in life. The film alternates intimate home-movie recordings, which show that Paris was a bomb waiting to detonate, with contemporary footage of Charity working with people affected by severe crimes, taking care of her new child, resonantly named Phoenix, and maintaining some semblance of a relationship with Paris, whom she resents and fears but has, remarkably, appeared to have forgiven. The Family I Had documents the transferrable perversities inherent in familial life, offering evidence to both sides of the debate of nature versus nurture, while exploring the awesome durability of love, which can become its own kind of prison. Bowen 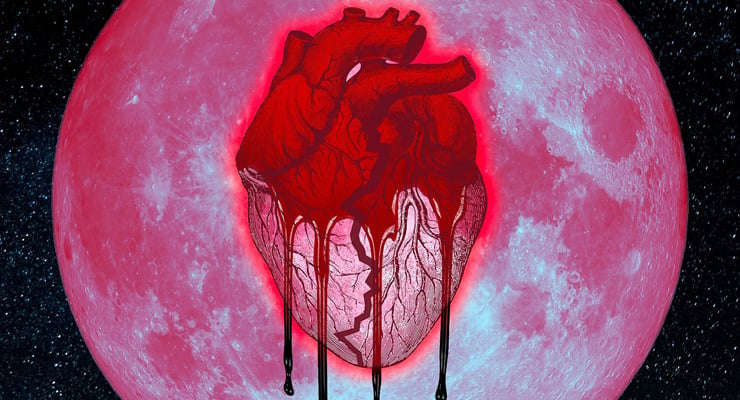 The songs on Heartbreak on a Full Moon are neither amateurishly produced nor unlistenable. Many, in fact, have plenty of hooks, and only a few of which are borrowed directly from other artists. But these songs are also largely unmemorable, blending together into a two-and-a-half-hour murk of mechanical beats and plaintive, occasionally AutoTuned vocals. This isn’t OutKast’s Speakerboxxx/The Love Below, or even Nelly’s Sweatsuit, with different moods for each disc; it’s just one unbelievably long and same-y slog. Zachary Hoskins 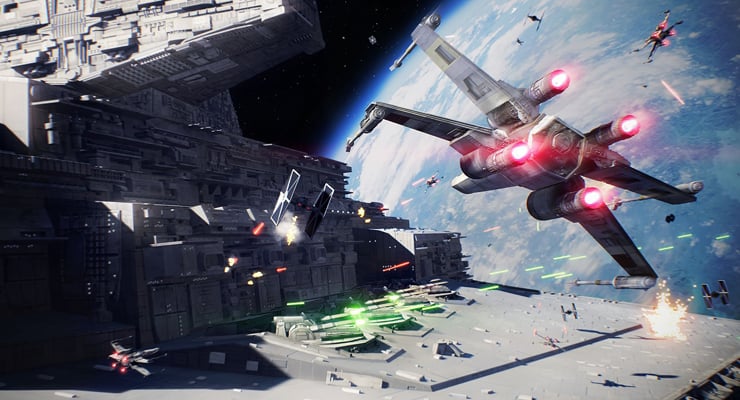 When LucasArts was firmly in charge of developing their own line of Star Wars video games, quality control was a complete crapshoot. Sometimes the developer released winners, sometimes losers, and sometimes fascinating experiments that at least tried to do something different. It’s worth noting that 2005’s Star Wars: Battlefront II managed to straddle all three categories depending on which mode you played. That was a game crazy enough to try marrying respectably cool massive-scale multiplayer shootouts with a single-player campaign centered around a reading of a stormtrooper’s terrifying Order 66 war journal. The 2017 game bearing the same title is its complete creative opposite: a soulless pachinko machine where narrative depth, cooperation between friends, and the exhilaration of gameplay have all taken a backseat to the gaping Sarlacc-like maw of unadulterated greed. Justin Clark 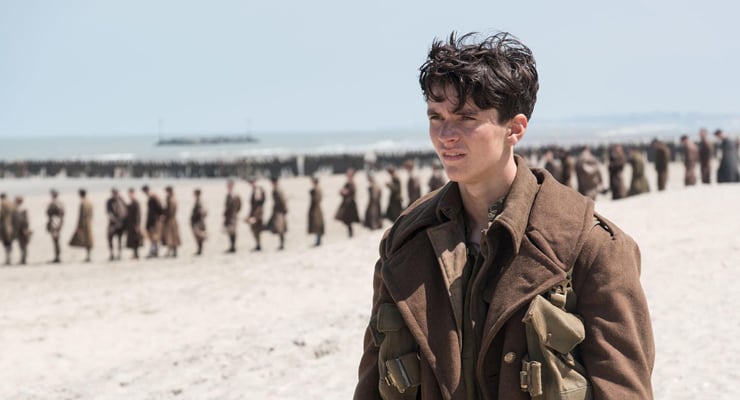 In devoting so much time to the dull, counterproductive construction of its action sequences, Dunkirk dispenses with nearly all other elements of drama. At first, this is to the film’s credit; the characters don’t waste time offering backstory or personality quirks, as they’re too focused on the immediacy of survival. In fact, most of the characters have names you can only glean from the credits, with the men becoming too preoccupied with their own skins to give a damn what the fellow next to them is called. After a time, however, the blurred lines between characters only exacerbate the editing’s cold, distancing effect. This inadvertently stunts the power of a few instances of interpersonal contact that do materialize, such as the traumatized soldier (Cillian Murphy) who’s picked up by Dawson (Mark Rylance) from a torpedoed ship—a subplot that’s so quickly sidelined that it barely gathers emotional force. Jake Cole 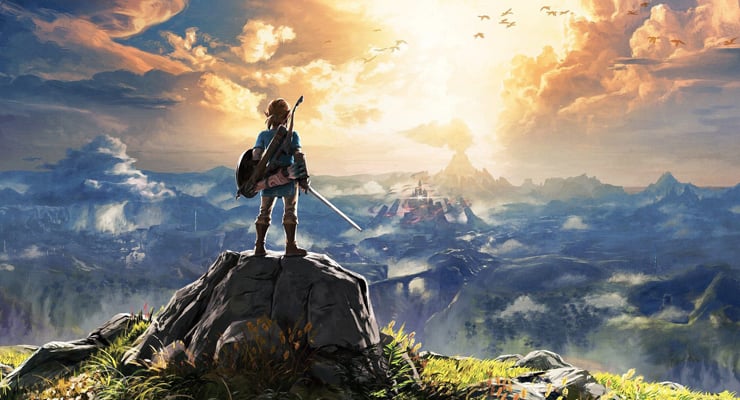 1. Game Review: The Legend of Zelda: Breath of the Wild

In Breath of the Wild, things appear to happen at random, so there’s pleasure in finding an item that makes your journey a less arduous one. A bow that can mightily shoot arrows across long distances feels like a godsend after having to make do with one that couldn’t help you get past the first round of a basic sharpshooting competition. But there comes a point in this game where its pleasures begin to feel like the engine of its tedium. Indeed, after you’ve traveled back and forth enough times through a particular territory, you can become desensitized to the sight of the same three or four types of animals—especially if you aren’t in any need of hunting them for their health-replenishing meat. You may even experience a sense of déjà vu while climbing yet another tower that, for the most part, isn’t that distinguishable from the last few you scaled in disparate parts of the game’s open world. Jed Pressgrove

Review: With Solar Power, Lorde Unplugs by Tapping into the World Around Her