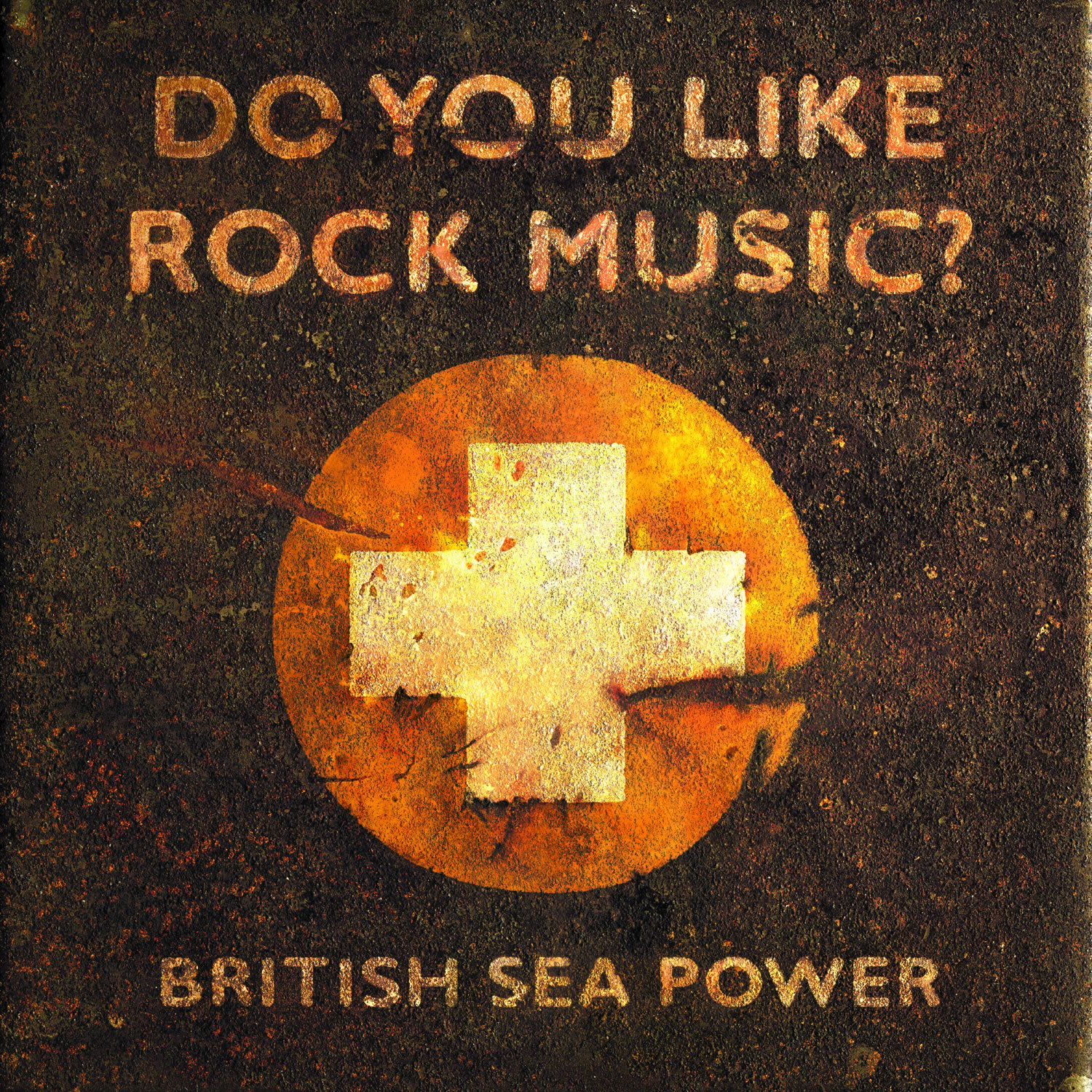 It’s possible to take the title of British Sea Power’s latest LP, Do You Like Rock Music?, as a sort of veiled threat: “Well do ya, punk?” seems like a natural subtitle, and not without reason. The loud Brighton foursome have always known their way around a chivalrous intimation of violence, as exemplified by the lyric, “I wrote elegiac stanzas for you/I hope and pray that they come true,” from their last record. Similarly, their music charts a course between the poles of grace and squalor—an intricate tonal balance that pays off most satisfyingly on this, their most complex and accomplished album.

While the album title, and the band’s infamously raucous live shows, might imply that this is a straightforward attempt to clobber listeners over the head with riffage and feedback, the facts on the ground are a little more complicated. The band certainly knows its way around a riff: The one that fires up “Trip Out” evokes none other than Thin Lizzy. The band strafes it with gatling percussion throughout the first verse, then fractures it into a rhythm that accompanies a new, more melodically direct guitar part. When the riff pops back into focus two minutes in, it feels like a chorus. The Buzzcocks-copping “Atom” has a similarly muscular feel, though an unfortunate dissolve into chaotic feedback lends it a bitter aftertaste.

But it’s not all loud, all the time. Rock music, after all, is not just about the bangers, and the band has a nuanced understanding of the capabilities of their weapon of choice. Quieter moments like the meditative instrumental “Great Skua,” with its twinkly guitars and barely-there string section, give the album breathing room. “Open the Door,” which is certainly fated to be one of the band’s undersold greatest hits, is stately and contemplative, layering a purely pop keyboard burble atop a morose acoustic guitar that grandly builds up to a moment of catharsis straight out of the Cure’s playbook.

For all the strength of the variously loud and soft moments throughout Do You Like Rock Music?, the record is at its best when the band attempts to holistically integrate the two. Where many other bands have a somewhat limited conception of the possibilities of this dichotomy (alternative nation’s much-mocked loud-soft-loud variations come to mind), British Sea Power’s compositions are often layered with both growling aggression and gently orchestrated sweetness. First single “Waving Flags” is probably the best example of this practice: Barreling out of the gate with a swelling choir of coos and a propulsive backbeat, it thins out the arrangement a little for the verse before proceeding directly to the epic guitar crescendo we all paid to see. As the song progresses, the band drops elements of rawk and balladry in and out of the mix, piling parts on top of each other in a way that gives the song a well-earned sense of intelligent design. Similarly, proper album opener “Lights Out for Darker Skies” punctuates a straightforward rocker with an arrhythmic breakdown before snapping back toward structure, imbuing the whole affair with a more epic quality.

About that reference to a “proper” album opener: The band’s decision to open and close with what is essentially the same song is this record’s only major flaw. “We’re All In” and “We Close Our Eyes” are differentiated only by the four minutes of silence that precedes the latter (which makes the aforementioned “Open the Door” the rightful heir to closer-status) and some minor variations in the tidal affect of each track’s guitar tones. Both feature solemn, ominous organ, their sole lyrics are their combined titles repeated ad nauseam, and both are boring as hell. They’re the only songs on the album where British Sea Power’s ambition undershoots and lands in pretension, and their unfortunately prominent placement allow them to slightly kneecap the entire project. The flipside of the placement problem is that they’re relatively easy to skip, which is good news, because without them the album stands as the band’s most consistent and exciting effort.