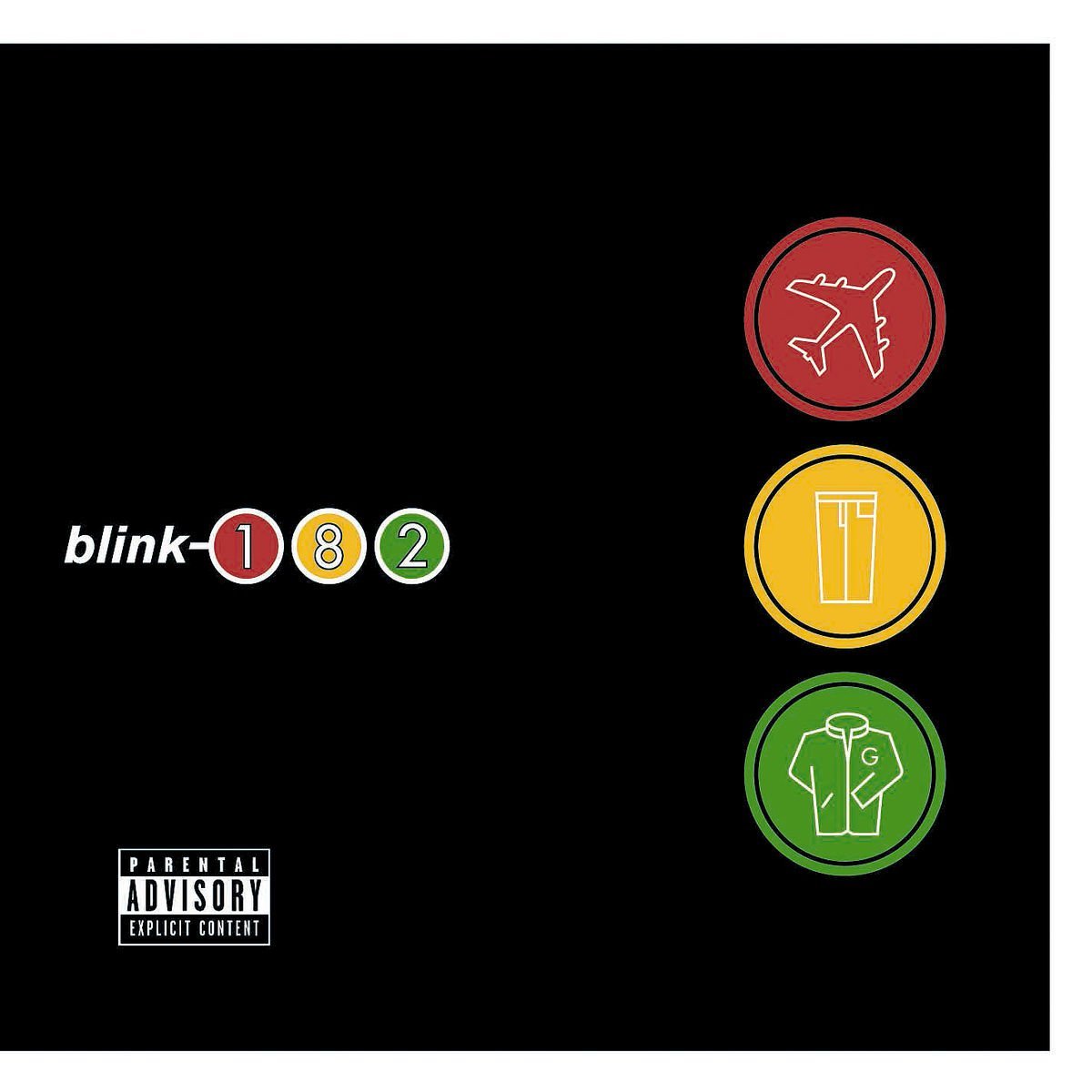 First impressions can be deceiving. The opening track of Blink 182’s Take Off Your Pants and Jacket, “Anthem Part Two,” is a soaring accusation that adults are to blame for how kids turn out. It’s a bit of reciprocal antagonism in response to the outsider witchhunts that followed the recent rash of high school shootings. Tom DeLonge sings (as well as he can): “If we’re fucked up, you’re to blame.” This is a little dubious coming from three guys who are nearly 30, but they act like they’re 16, so it’s somewhat sincere. Because the track is both rocking and almost musically interesting, Blink deceives us into thinking that they have matured both musically and lyrically, that they are expanding their repertoire, and that they might lend some relevance to our radio.

But the potent first track moves right into the weak bassline of “Online Songs” with Mark Hoppus’s weaker voice eeking out the wandering tale of a girl going out with some other guy. And here begins the album’s real obsession: pumping out another hit machine for “the kids.” The kids like songs about teen romance, so this album offers eight of its 13 tracks up to the gods and goddesses of young love lost. Often complementing the bland high school heartbreak is Hoppus’s bland vocal performance. Though his cheekbones could land him in any boy band, his voice could not, and the only reason I can fathom that he sings every other song on this record is that his sex appeal is selling half the records. DeLonge may not be ready to carry the band with his voice, but his clear, reverb-heavy tenor is sorely missed every time Hoppus opens his mouth.

Ironically, the disparity in vocal quality is the basis of the best track on the album. On “Stay Together for the Kids,” a slower track in which the two share singing duties, Hoppus takes the low verses while DeLonge snags the high choruses. As we yearn for DeLonge through Hoppus’s verses (which happens to be his best singing on the record), the anticipation becomes so great that DeLonge scores big with a payoff sing-along. In addition, the lyrics come closest to being important in this song. The surprising content about a marriage that is resisting divorce will certainly appeal to a generation of youth subjected to a massive divorce epidemic. Blink hints at something here, but resists saying anything concrete.

Sadly, Blink squanders the opportunity to take a more distinct stand with their kids-versus-everyone theme (which also rears its head on “Reckless Abandon” and “Give Me One Good Reason”: “Mom and Dad they quite don’t understand it…Why do girls want to pierce their nose/And walk around in torn pantyhose”), but they merely identify the problem and offer no practical solutions. Blink offers a way to be different while remaining safely in the mainstream. Maybe that’s why they can’t muster a strong statement to those who are truly alienated: they still reside comfortably in the mainstream.

Mildly interesting guitar parts, tight but predictable harmonies, and two different melodies that are recycled from song to song characterize this underachieving album. Blink shines when they deviate from their formula, but it is awfully rare (and I’m not talking about the random piano that shows up during the outro of “Stay Together for the Kids,” which is an example of what happens when producers try too hard to make a song sound sad). The album seems to be more concerned with maintaining the band’s large teenage fanbase than with expanding their overall audience. And hey, why bother? The biggest chunk of the record-buying public is just the right age to relate to their songs about first dates and hopeful romance, and I’ll admit, there’s something oddly hilarious in the line “It’s Labor Day and my grandpa just ate seven fuckin’ hot dogs,” (from the 42-second highlight, “Happy Holidays, You Bastard”).

The irony of trying to duplicate success is that it rarely happens. Bands need to shake it up from album to album, or the fanbase loses interest (why do you think the Backstreet Boys get new haircuts for every album?). Perhaps what makes Blink most appealing is that they are having so much fun while everyone else in rock is whiny or angry. The fun they’re having, however, is no different from the kind of fun that made them huge with “Enema of the State.” The last line of the album, “This is the best time we ever had,” must certainly be true. Whether it’s true for Blink fans will depend on their tolerance for more of the same.