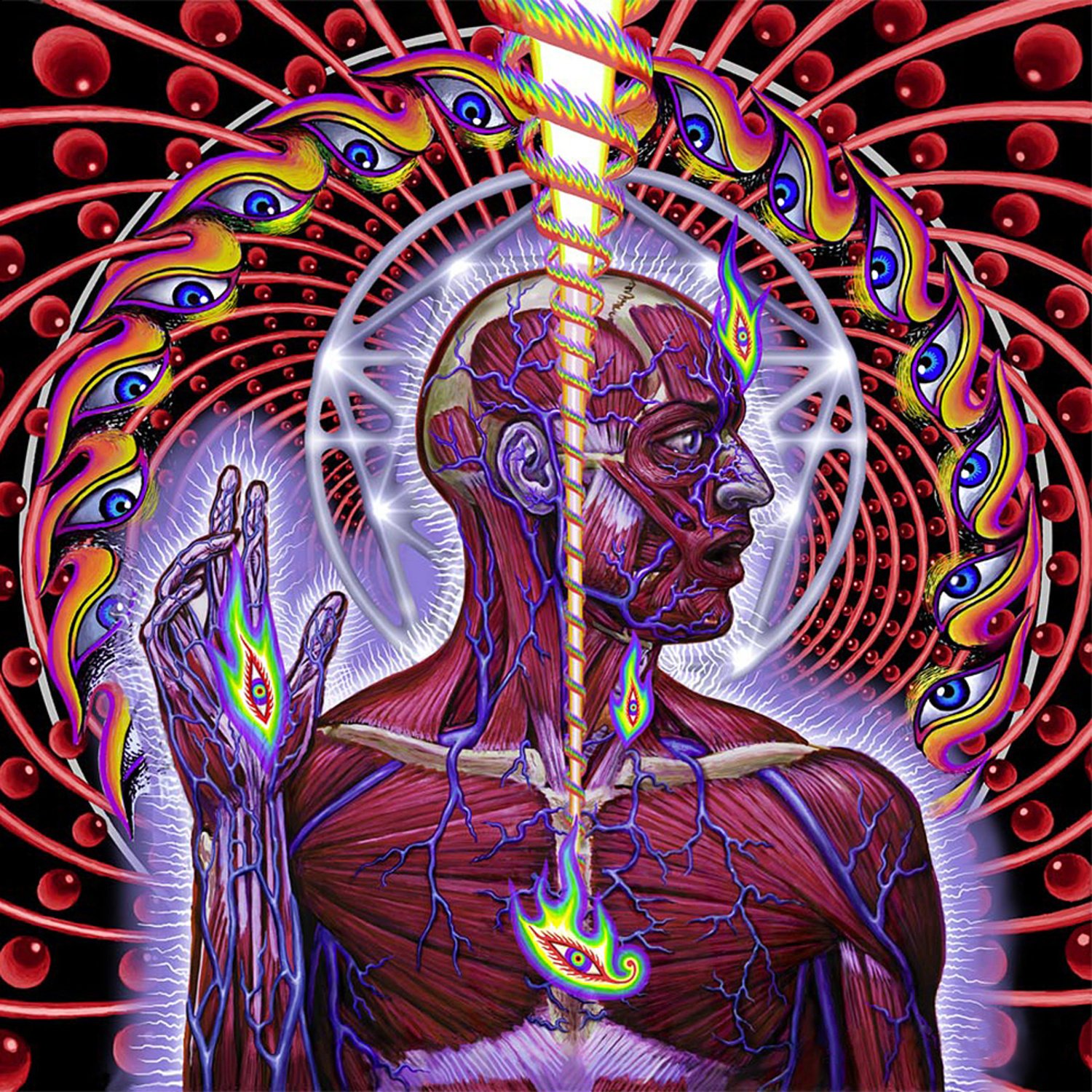 Only a band like Tool, one that has all but created its own genre, can get a seven-minute epic played on the radio. Only a band like Tool can disappear for five years and reemerge bigger and stronger than ever. The band shines again on Lateralus, with songs whose instrumentation defies every strum of the four-chord structure that has reigned in rock since Chuck Berry picked up a guitar. Lateralus features songs in a variety of time signatures that transition seamlessly from one to the other, a concept not seen in popular music since classical composition. The band has preserved its distinctive guitar and bass tones while continuing to produce new music that rocks the way only Tool can. And for those who thought that 1996’s Aenima lacked the ripping riffs of Undertow, Lateralus won’t disappoint. Over half the record is infused with riffs that you can chew on for days. The old Tool is back with a vengeance. Almost.

Tool is a four-piston engine, but one is only pumping half as hard as the other three. The band recently confessed to Spin that they wrote most of the record while vocalist Maynard James Keenan was on tour with A Perfect Circle, and it shows. The instrumentation is spectacular, but Maynard just hums along. Gone are the wrenching melodies of “Sober” and “Sweat.” Oh, Maynard, where have you gone? The album’s liner notes contain no words, just transparencies painted with successive cross sections of the human form, much like those you would find in an encyclopedia. The imagery is unclear and fascinating, which makes the absence of lyrics that much more infuriating. A band whose music and artwork is this good must have something to tell us. Then again, with the way Maynard is singing, maybe he doesn’t have anything to say at all. Without strong vocals, Tool is reduced to instrumental background music. Still, it’s background music from the most talented band around.

Review: Blink-182, Take Off Your Pants and Jacket