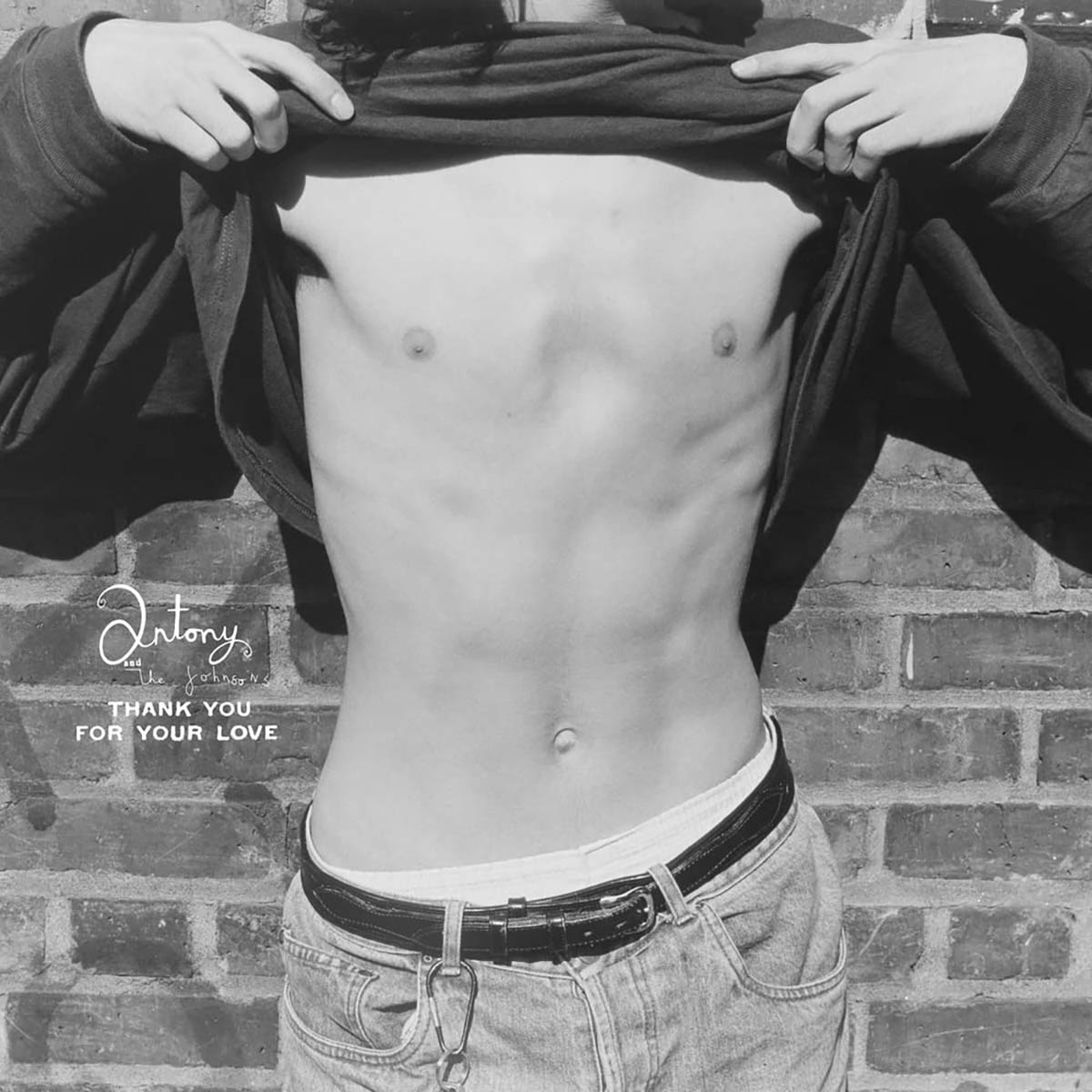 Arriving as advance guard for Antony and the Johnsons’s forthcoming full length Swanlights, Thank You for Your Love is the kind of slim, paltry offering that, in the old days, might have been compressed to fit a 7” single. With three original songs, two covers, and an 18-minute runtime, its insubstantiality is a consequence not only of its wafer-thin presentation, but of the slackness of the material.

It’s hard to tell what, if anything, this foretells for the album, but on its own, this EP seems like a reminder of the singer’s existence and little else. The opening title track, also the new album’s lead single, maintains the same silky, off-kilter but earnest delivery that has made Antony’s full length efforts so rewarding, but it feels repetitive and half-assed in comparison. The endless recurrence of the title lines, perhaps a bid for hypnotic reverberation, makes it hard to get past two of its four minutes, and there’s little meshing between the canned background horns and the heavy piano that drags the song along.

“You Are the Treasure” and “My Lord My Love” are weird, over-reverent love songs that come off as soggy and tedious. They’re big and flamboyant but not especially good, which is worsened by the fact that the latter isn’t even a new song, having appeared as a bonus track on Antony’s last album. The covers are more of a split, ranging between obvious and thoughtful. The slowed-down reworking of Bob Dylan’s “Pressing On” is an interesting, somber interpretation that cements the EP’s theme of religious dedication. The same can’t be said for the facile choice of John Lennon’s “Imagine,” which is soppy enough without being slowed down to a crawl, further deadened by plaintive acoustic guitar.

As is stands, Thank You for Your Love is a near-mirror of 2008’s Another World, a skimpy introduction that feels unnecessary in the face of an upcoming project. Thankfully, it won’t take much time to tell if the album is a hesitant misstep or something more serious.