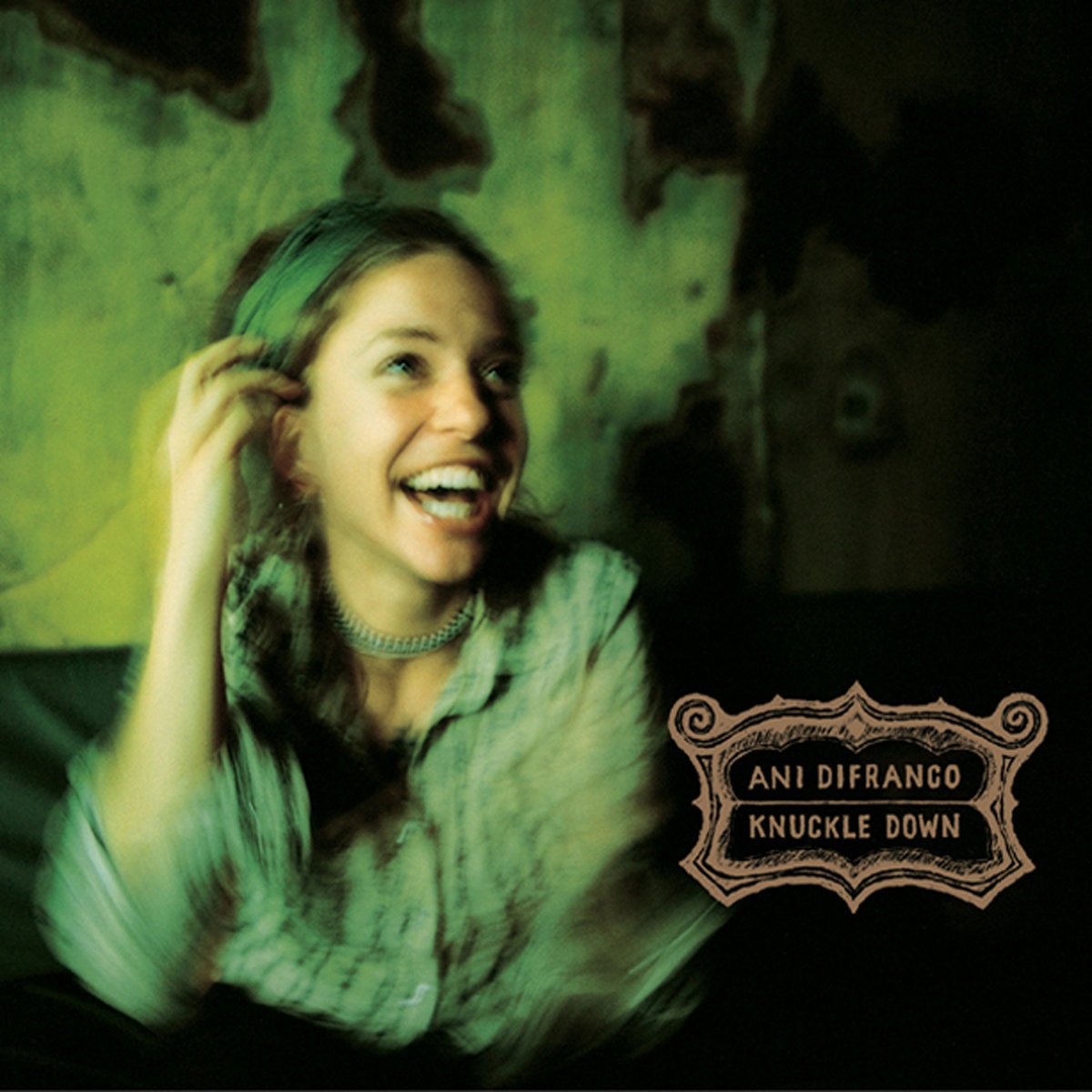 Evolution is essential to the survival of an artist, and it’s what’s kept Ani DiFranco captivating for so long. But just as time seems to move faster as you grow older, a thirtysomething DiFranco’s evolution is now coming more slowly as a result. For the past few years she’s been wading in a creative stasis, watching as her sales (and the entire music industry for that matter) reached a plateau. Even if you prefer the feminist folksinger of her early years—and/or the angry genre-hopping rock chick of the mid-’90s—to the more introspective jam bandleader of recent years, you get the sense that the real Ani (whether or not you like her) is being revealed more and more with each album, like the layers of an onion being peeled away one at a time.

With last year’s Educated Guess, DiFranco stripped off the layers until she was completely naked—the album was her first literal “solo” effort since 1991’s Not So Soft. But it’s her new record, Knuckle Down, that’s truly a return to form. It’s also the first time in a decade that she’s invited another musician to co-produce alongside her. The lucky guy is Joe Henry, a veteran singer-songwriter in his own right, and the pairing seems to be the shot in the arm DiFranco desperately needed. The guitar and vocal rhythms of songs like the title track are almost old-school Ani, albeit with some of the jazz-horn vocals that were all too prominent on her last few albums.

As always, DiFranco paints a detailed self-portrait, but this time the arrangements are considerably reined in. Songs like the creepy spoken-word piece “Parameters,” which finds DiFranco confronting the worst kind of fear (the unknown, in the shape of a strange man in her bedroom), creek and rattle with the sounds of a 33-year-old woman who’s way beyond her years—just as she was when she was 23, come to think of it. “You can’t will yourself happy/You can’t will your cunt wet/You can’t keep standing at the station/Pretending you’re being met,” she sings on the quiet but urgent “Callous.” She mourns the loss of so-called domestic bliss on “Sunday Morning” and dips her toes beneath post-marriage waters on the unfortunately titled “Manhole,” navigating with always remarkable prowess: “I kissed you on the street that night/On the far side of four/But I didn’t like the taste/In my mouth or yours.”

For an artist who has forever been inextricably bound to her fans, it feels like DiFranco is pleading with them (as well as cranky critics like me) for the first time on “Minerva”: “You want me to tell you a story/But I am weary/Of entertaining…There’s no me/Left for me.” But the opposite is true—she seems to have let her guard down in the studio as well as in her personal life, and Knuckle Down is at once new and familiar, like an old friend who’s changed but hasn’t. This is DiFranco’s most focused, pure, and emotional work in years (the country-flavored “Studying Stones,” “Lag Time,” with its subtle violin padding, and the album’s final track, “Recoil,” are downright beautiful). The growing pains are far from over, but like the music itself, Knuckle Down isn’t salvation, it’s hope.