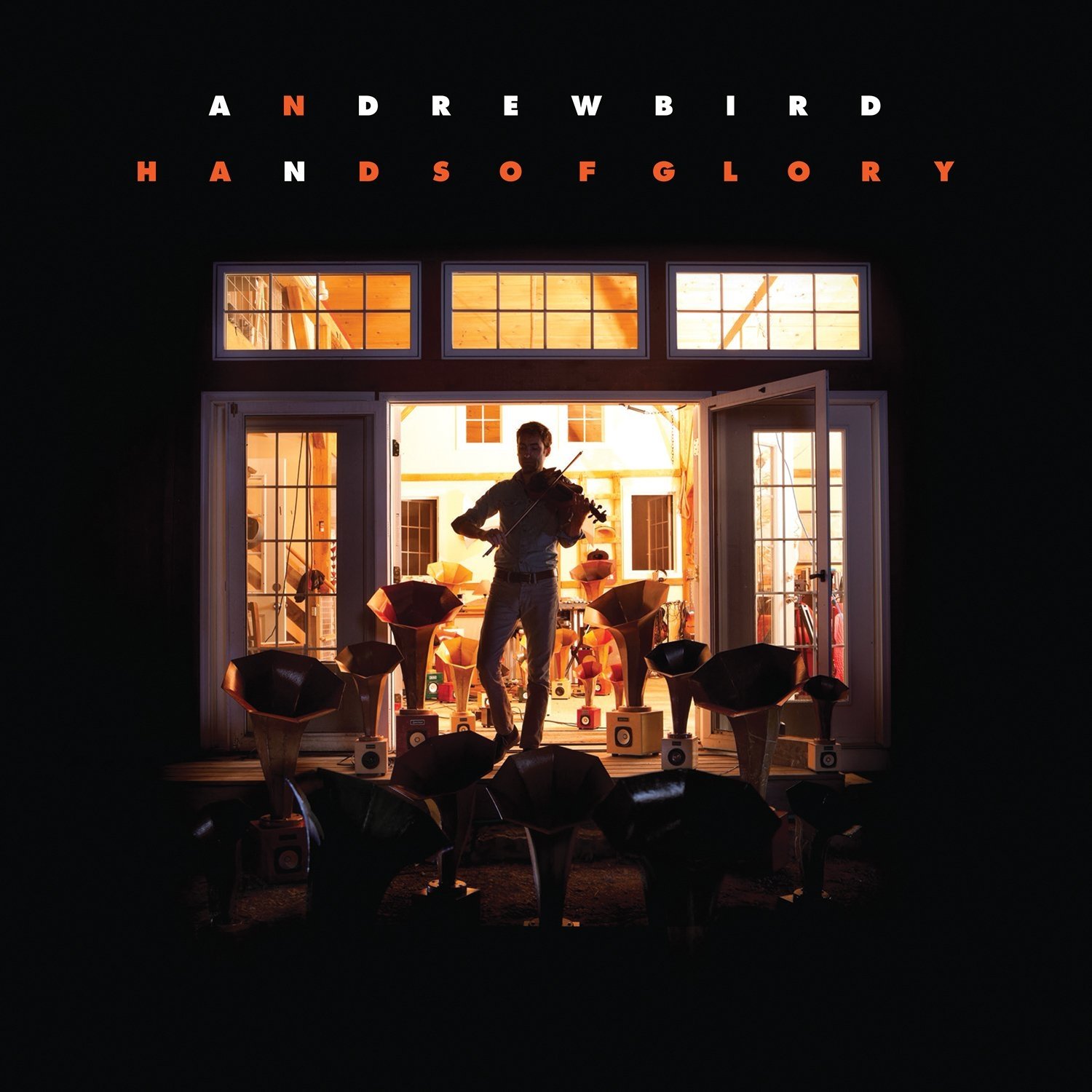 Andrew Bird’s Break It Yourself, released earlier this year, was a collection of light alterna-folk songs that found the Chicago multi-instrumentalist dabbling in experimental song structures and extemporaneous flourishes. Bird’s approach was a stark move away from the more polished work of his previous albums, and if Hands of Glory is any indication, his strides toward immaculate but unadorned performances continues unabated. Along the way, Bird has added a touch of gravitas to his music: Though both are steeped in dirt-streaked Americana, Hands of Glory is the dark, smoky barnyard to Break It Yourself’s warm farmhouse, an altogether moodier and more meticulous venture than its impulsive predecessor.

Still, despite being more deliberate in tone, Hands of Glory acts more as an addendum to Break It Yourself than as a standalone work. Just eight tracks long, the mini-album’s possesses a kind of resigned and dusky bluegrass quality, as if Bird and company gathered in a starlit cornfield to muse for a brief period before packing up and going their separate ways. Even the nine-minute finisher, “Beyond the Valley of the Three White Horses,” isn’t the epic listeners might expect from its running time and title, but instead a softly winding saunter accompanied by Bird’s fiddle, cooing voices, and a warbling Mellotron that proves to be just as fleeting as it is beguiling.

Beguiling is also the way to describe Bird’s own virtuosic skill with stringed instruments, a set of talents that dominates Hands of Glory more than his previous releases: Album standouts such as the folksy “Spirograph” and the charmingly disjointed, pizzicato-fueled “Something Biblical” find the confident Bird in a broad comfort zone. And yet, his total mastery of violin improvisation rarely lingers long enough to be fully savored. By funneling some of the best songwriting efforts of his career into two releases, Bird has effectively scattered an opportunity to surpass the brilliance of Noble Beast, his best album to date. In fact, the album ends so quickly that it’s a wonder why Bird didn’t just combine the strongest material from both this and Break It Yourself to craft one truly great album. While it’s still a triumph of moody, Appalachia-drenched indie pop, Hands of Glory exists as merely a portion of a divided project that should have remained whole.