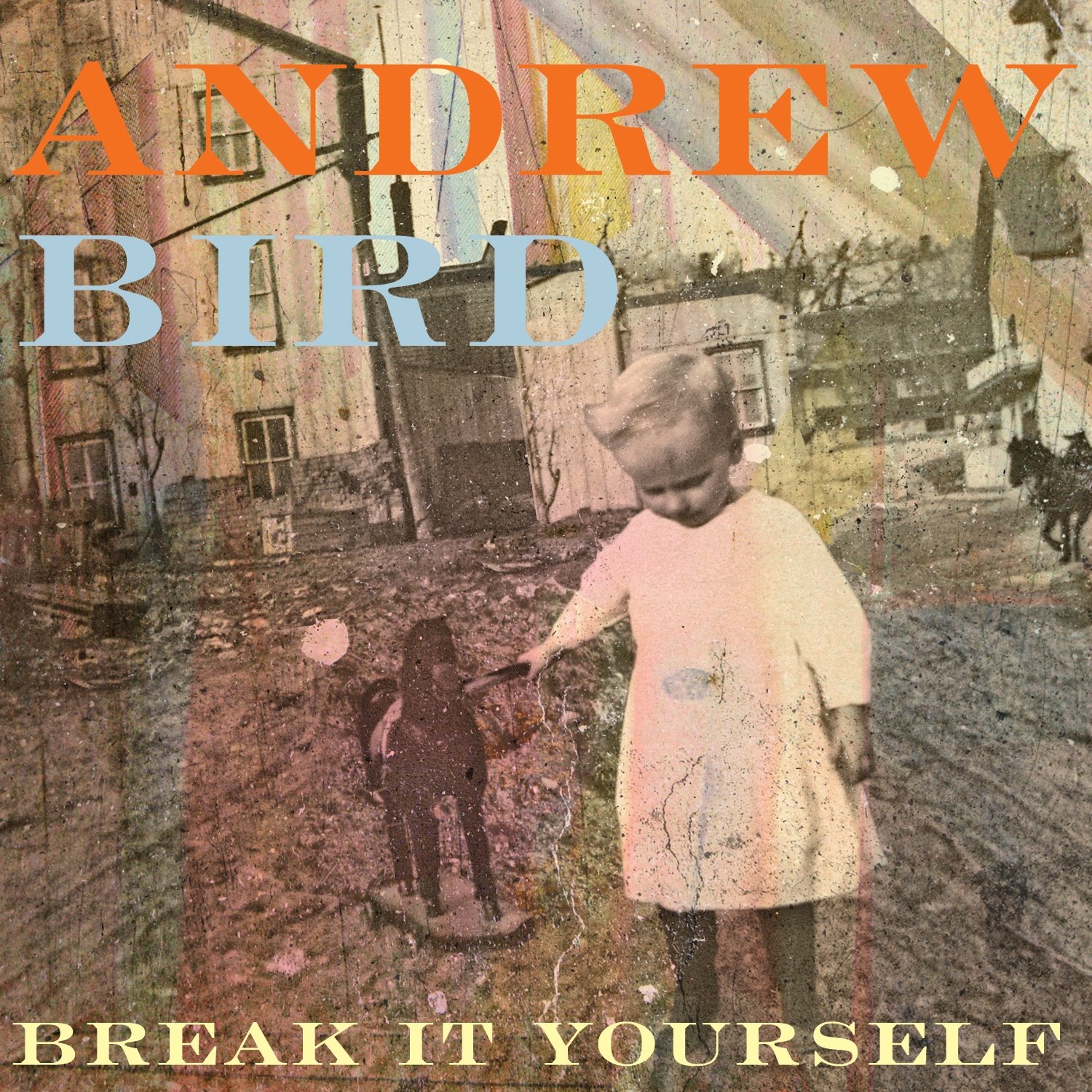 The first thing that struck me about Andrew Bird’s Break It Yourself was its utterly atrocious album cover. I knew I was potentially judging a good book by its not-so-good cover, but still, the whole pastel-type-atop-an-antique-photograph look struck me as amateurish and lazy. The busy, cramped aesthetic seemed more suited to a local college band and not an indie, baroque fiddler-whistler who, judging by both the songs and visuals of his previous albums, knows a thing or two about the beauty of minimalism.

As it turns out, Break It Yourself’s cover is a poor predictor of its contents: a series of thoughtful stream-of-conscious performances. With his sixth release, Bird has taken a live performance approach to recording a studio album, favoring unpredictability, improvisation, atmosphere, and abstract song structures that, much like the album’s title implies, finds the multi-instrumentalist purposefully breaking his own meticulous songwriting style and playfully rearranging the pieces.

The wonderfully disjointed stride of Break It Yourself is obvious from the opening track, where listeners are treated to one of Bird’s best offerings to date, “Desperation Breeds.” A plodding intro rife with mourning barbershop-quartet harmonies, plucked strings, and Bird’s nomenclature-heavy lyrics soon bursts into “Anonanimal”-style syncopation layered with strings, bells, brushed percussion, and faint howls of twisting feedback.

“Desperation Breeds” sets the pace for the rest of the album, a markedly slow but ever-shifting gait that plays like a soundtrack to an exploratory nature retreat. Indeed, Bird is content to play the role of Henry Thoreau-meets-Jeff Buckley on the Walden-esque Break It Yourself. Continuing Noble Beast’s examination of pastoral pop without any of that album’s rush to deliver a big, melodious payoff, Break It Yourself is full of small moments that arrive through unexpected twists and turns in melody and rhythm. “Hole in the Ocean Floor” goes from plucky to muted after its first minute and then devolves into an amorphous rain of descending strings for the final two, while “Orpheo Looks Back” is literally a symphonic jam session that boasts no real structure apart from long stretches of improvised violin play.

Clearly Bird is more interested in the journey than the destination on Break It Yourself, and whereas on another album these kinds of sidepaths would be no more than frustrating distractions, here the scenery looks so good, you’ll gladly take the long way home.