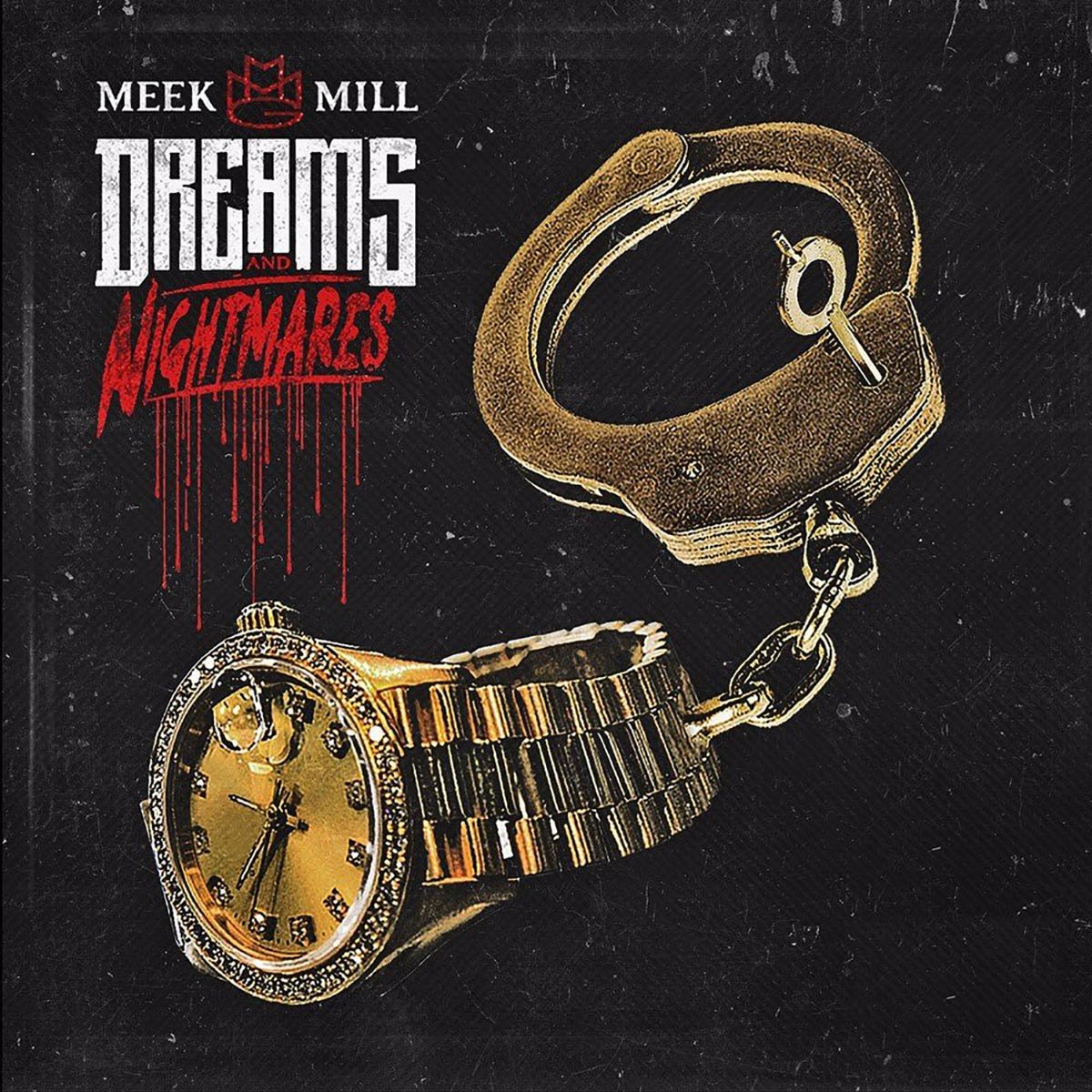 The breakout star of the generally dreary Maybach Music Group bench, Meek Mill has shown a distinct talent for drawing blood from boilerplate material, a gift brightly displayed on “Tupac Back” and “Ima Boss,” two booming singles from last year’s Self Made, Vol. 1 compilation. He works the same magic on his debut, Dreams and Nightmares, a big-budget effort that’s partially an occasion for MMG’s Papa Bear, Rick Ross, to show how massive of a coming-out party he can throw. Ross’s search for an ascendant protégé gives the relatively green Meek the chance to benefit from the accoutrements of a major release, from top-shelf beats to A-list guests, an occasion he rises to by revealing a fully formed persona with just the right mix of magnetism and menace.

The festive stage-setting immediately takes an interesting turn on the introductory title track, which downshifts from a convivial celebration of new success to a scary minor-chord flashback, as Meek turns serious and threatening, too hounded by old ghosts to relax and enjoy the moment. This sudden transition from bubbly self-commemoration to lacerating malice highlights the difference between Meek and his mentor: Meek’s street-ready imagery comes off as grittily realistic rather than pulpy and cartoonish, befitting his position as lieutenant to his boss’s mansion-cosseted captain. This subordinate position and Meek’s irrepressible charisma allows him to range freely between lurid drug stories and breezier material, like the backyard-barbecue anthem “Amen,” a sunny, lighthearted Drake collaboration backed by a wistfully wheezing organ.

Yet despite fleeting moments like these, Dreams and Nightmares is dominated by demons and darkness. This aesthetic is backed up by a slew of minimal piano loops, which add a spooky cast to the proceedings and secure the album’s status as an ideal Halloween-eve release. Dropping the Lex Luger-style operatic aesthetic of his previous MMG collaborations for a borderline horrorcore backing makes sense considering Meek’s focus on the dream-nightmare continuum, where even his new wealth is tainted by the measures he had to take to reach it. It’s not the most sophisticated origin story, but the album’s sustained focus on how visions of riches molder into nightmares is impressive and surprisingly mournful for a modern mainstream release, with tales of youthful desire giving way to adult jadedness (“Polo and Shell Tops”), the names of murdered friends popping up again and again.

The problem is that this pronounced personal narrative frequently buts up against the album’s upper-crust trappings. It’s an issue that comes across most clearly on the crummy “Maybach Curtains,” in which John Legend reprises his role as the touch-of-class tribune for Ross and company, crooning about the detachment afforded by the enormous wealth of everyone involved, or something. This kind of fat-cat champagne-popping runs counter to the image Meek is cultivating elsewhere, as do obligatory prestige-repping tracks like “Rich and Famous” and “Lay Up,” which feel worn out as a consequence. Still, Dreams and Nightmares delivers a few standout tracks and a ringing confirmation of the rapper’s skills.