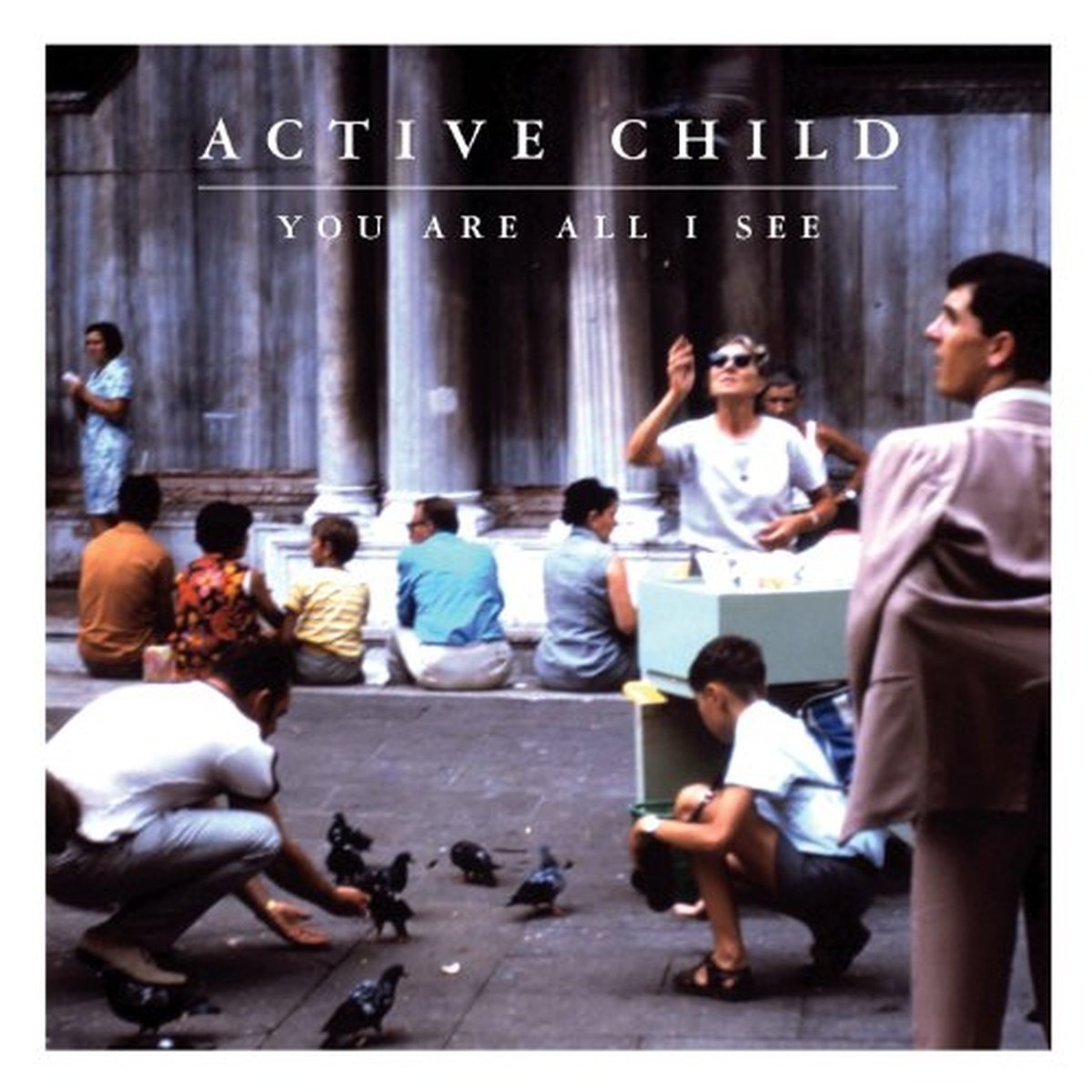 It’s difficult to quell the suspicion that if Bon Iver’s Justin Vernon ditched his acoustic guitar for a fuzzed-out sequencer, he would sound exactly like Pat Grossi, otherwise known as Active Child. Grossi’s crystalline manchild falsetto is the most obvious comparison, but there are other parallels: cryptic, metaphor-infused lyrics, unstructured melodies, honest-to-goodness romanticism, and a penchant for infusing an all-encompassing melancholia into their work.

Grossi, in particular, has found a niche in sadly sung, slow-burning space pop, carving out his spot on 2010’s starry, harp-strewn Curtis Lane EP. And while his debut album, You Are All I See, is by no means on the same level as Vernon’s For Emma, Forever Ago, it does find the mournful electro-troubadour expanding his choir-driven synth-pop into more distinct territory with a heavy dose of galactic shoegaze and ‘90s-style R&B. As a result, You Are All I See is largely an exploratory journey, as Grossi ventures out of the interesting but safe musical cubbyhole he crafted on Curtis Lane.

The album retains many of Grossi’s signatures: Cascading harps, both real and otherwise, are everywhere, while malleable, brassy synths and demure bass provide dream-pop flourishes. As always, the music is cyclical and moody, but largely ancillary to Grossi’s voice—a thick, bell-like soprano that easily shoulders melodic duties and is rightly at the center of attention. The track “High Priestess,” for example, is rather formless and scattered, purposefully hollowed out in the center to make room for Grossi’s grief-stricken questioning. “What you gonna do when you get out of jail? What you gonna do when you get back home?” he asks in a layer cake of pitch-shifted voices, elevating the song from mere dark diversion to ghostly elegance.

Of course, none of this is new for Grossi, but the added element is his frequent inclincation toward danceability. You Are All I See is, by and large, a beat-centric work, and is at its best when liberally borrowing from the minimalist drum-machine patterns of chart-friendly, pre-millenium R&B. In the purposeful “Playing House” (featuring fellow indie funk-pop architect How to Dress Well doing his best Justin Timberlake impression), listeners can hear the percussive tendencies of artists like Aaliyah, Missy Elliott, and even Janet Jackson in the track’s thump-clap gait. Ultimately, Grossi’s ability to marry elements of electro-pop, soul, classical, gospel, and other divergent influences into a cohesive, lo-fi brew allows You Are All I See to succeed as an evolutionary step beyond Active Child’s synth-drenched origins.