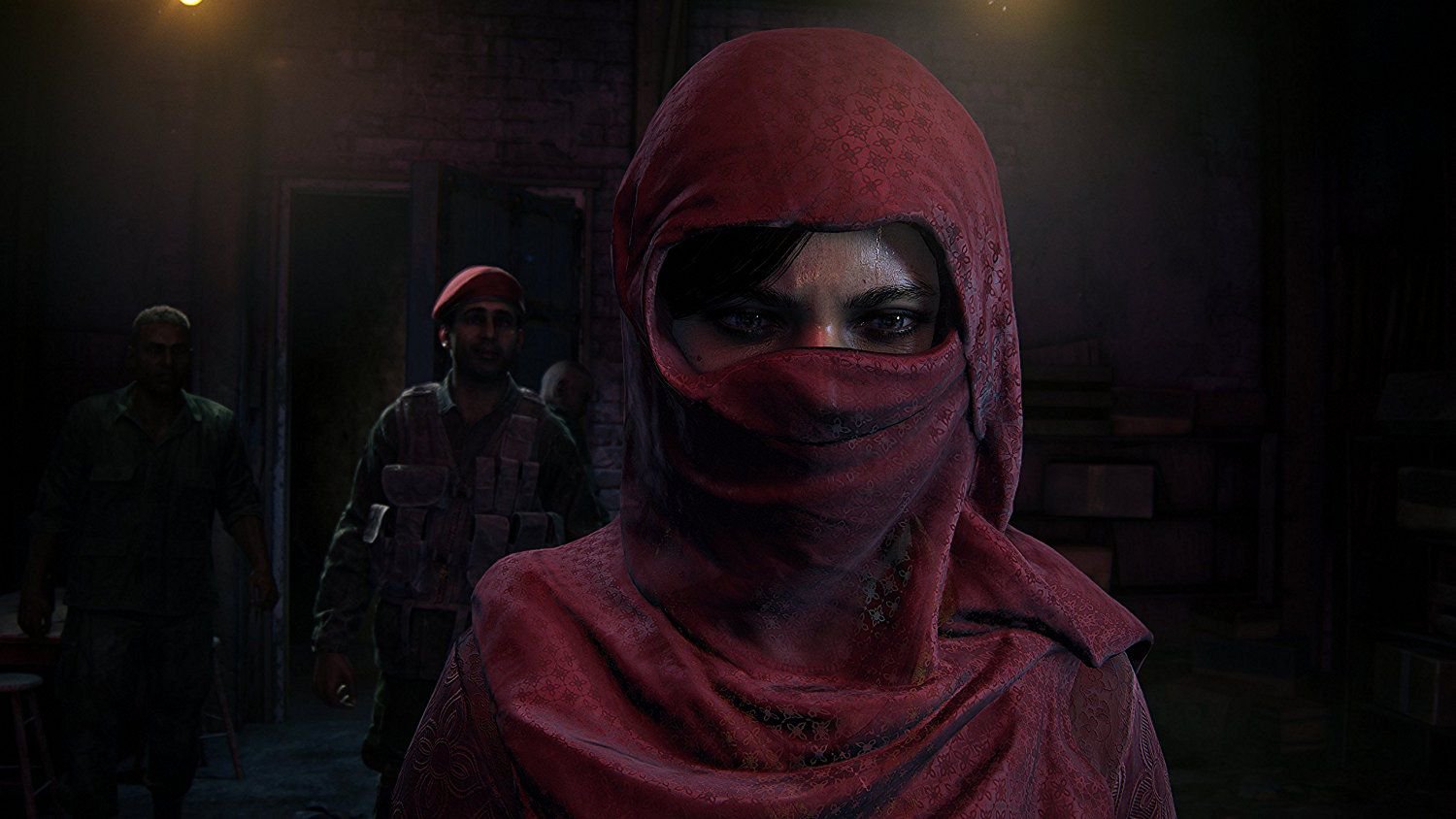 Over the course of Uncharted: The Lost Legacy, Chloe Frazer (Claudia Black) utilizes all the hallmark tools of Uncharted’s previous protagonist, Nathan Drake. She uses a grappling hook to swing across the limbs of massive Hoysala sculptures carved beside a waterfall in India. She pulls out a piton for a little extra leverage while boldly scrabbling along some vertiginous and verdant cliffs. And she’s utterly lethal whether using a silenced pistol, semiautomatic, or C4. But the most marvelous tool at Chloe’s disposal, the one that keeps The Lost Legacy from being a collection of greatest hits, is also her most mundane: no, not her lockpicks, but rather her cellphone camera.

A photo mode isn’t new to the Uncharted games, but working it directly into the gameplay helps to define The Lost Legacy’s focus. As a sightseeing tour and open-ended victory lap of the series, one punctuated by amusing banter between Chloe and her ex-mercenary associate, Nadine Ross (Laura Bailey), this latest entry in the series feels fresh and satisfying. For all the sights of previous Uncharted games, Nadine’s accurate summation of one particularly cinematic vista still hits home: “Holy goddamn shit.”

When The Lost Legacy’s gameplay settles into its straightforward action, routine shootouts with generic mercenaries, it comes across as a retread of past entries in the Uncharted series. Even the game’s biggest set pieces, like a swim through a maze of falling debris or a flight from antagonistic rebel leader Asav and the chaingun mounted atop his armored ATV, feel blunted, with all the impact of the umpteenth installment of a too-familiar summer blockbuster. It’s only when the game steps back from the action that it suggests a more meditative, leisurely approach to the series. Collectable treasures are still hidden off the beaten path, but now there are unique photo opportunities to discover. And those moments, seen while scrolling through Chloe’s phone, capture the heart of this game—neither casual violence nor explosive set pieces, but the intimacy and awe of discovery.

After a brief series of tutorials in the neon-lit, rebel-held streets of an Indian city, The Lost Legacy sets players loose in the largest single area ever to appear in an Uncharted game: the hilly, river-run Western Ghats, and encourages players not to rush Chloe and her vehicle to the next action-packed objective, but rather to simply explore. Those who want to spend time taking pictures with flamingos or monkeys are welcome to do so, and there are real rewards for taking the time to slow down and appreciate the environment. Thinking about the composition of a shot could help players to notice the way a giant elephant looks toward a cleverly concealed underwater tunnel; trying to frame a selfie of Chloe with some ornamental bells might provide a hint to the way in which they’re supposed to be rung. As for the four landmarks that Chloe must visit, each carries its own unique challenges, whether that’s scaling a decaying lookout tower, stealthily dispatching some rival fortune-hunters, or carefully maneuvering through a gauntlet of mechanized guardian statues and their lethal weapons.

The game becomes less impressive the further it gets from the Western Ghats, with even the most eye-catching temples failing to distract from the repetitive gameplay. It’s clear why Naughty Dog is making this their last entry in the Uncharted franchise: They want to walk away before things get too arthritic. The final few chapters feel as if they’re cramming in every idea the series has ever had. Shooting down a helicopter and ramming rebel motorcycles out of the way while chasing down a train is as fun (and physics-defying) as it’s even been in the Uncharted universe, but these sequences feel disconnected from the plot, as if they’ve been spliced in from a differently themed game.

These issues extend beyond the gameplay and cheapen the very story itself. Despite all of Asav’s scholarly citations of how the blood of the Hoysala empire runs through his veins, his quest for that civilization’s prized treasure, the Tusk of Ganesh, is nothing more than a MacGuffin. (What he’s really after is the city-leveling bomb that it allows him to buy.) The same goes for the last-minute appearance of Nadine’s old mercenary group, Shoreline. Instead of resolving Nadine’s bad blood with the organization that betrayed her, this brief encounter emphasizes how aimless Nadine’s inclusion in the game is. Chloe has a familial connection to the Indian ruins, and a free-spirited love of treasure hunting, but Nadine’s literally just along for the ride. Not every scene needs a backstory—Death Proof-style empowerment is put on parade when the two women simply beat the shit out of a menacing adversary—but after the ambition of Uncharted 4: A Thief’s End, this feels like an uncertain step back into the worst and pulpiest trappings of the series.

The Lost Legacy is at its best when it delights in discovery and showcases not only the strength but the specific dedications of its two female protagonists. So it’s nothing short of disappointing when these assets are shoved to the side to make room for the surprise appearance of an old Uncharted character, or when the new co-op survival mode is filled with bullet-sponging mystical Warlord bosses. There’s no need to emphasize the worst and least unique elements of the series. In all of these cases, Naughty Dog is seeking to find something satisfying for all fans, but in doing so, The Lost Legacy risks, well, losing not only its identity, but the series’s legacy.