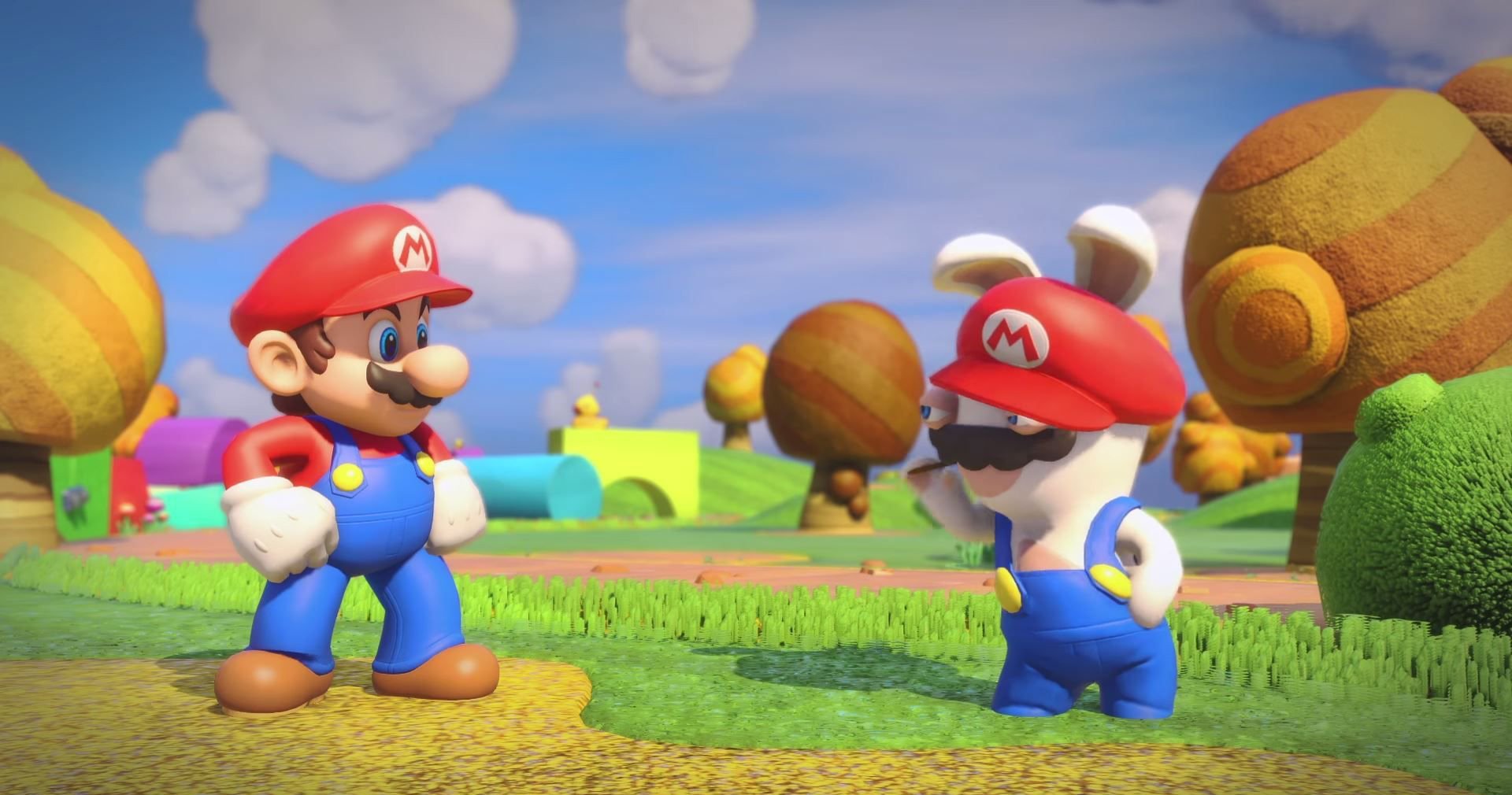 More than an attempt to cash in on the Super Mario Bros. and Raving Rabbids franchises, Mario + Rabbids Kingdom Battle is one of the most creative turn-based tactical games in years. As in other examples of this genre, the object is to outsmart opposing parties across tile-based stages, where you can only perform so many actions, like attacking and healing, during a given turn. But Mario + Rabbids introduces kooky strategic curveballs to this proven formula, from the use of pipes to bouncing off of teammates’ heads in order to cover more ground, that, thanks to a hyperactive camera, significantly raise the bar for kineticism in a traditional genre.

The game’s most apparent weakness is its rote framing story about kidnapped characters from both franchises. Such pre-battle segments can be skipped if you lose a fight, though there’s also the matter of the childish banter and behavior of the Mario cast and the Rabbids, essentially rabbit-like creatures on crack, that function as forced drama and awkward fan service at best. But that Mario + Rabbids isn’t remembered as an irritating experience in the rear view speaks to the incredible quality of its turn-based combat.

Part of the reason that Mario + Rabbids’s battle tactics work so well is that players don’t have to take into account too many moving parts. You control a party of only three characters, which would be comically small if the strategy at the core of the game wasn’t so compelling. Each Nintendo veteran has distinct appeal (Mario has more health than Luigi, but the latter can cover more ground in a single turn), and the bizarre Raving Rabbids versions of characters from the Super Mario Bros. series are very welcome additions. Rabbid Mario, for example, has the most health of any member and can magnetize enemies toward him. Before any battle, characters can be switched, weapons upgraded, and skills learned in an easy-to-navigate menu system.

Unlike many tactical games, attack accuracy in the game falls into three probabilities: 100 percent, 50 percent, and 0 percent. It’s a setup that will only sound oversimplified to those who haven’t witnessed how enemies can also take advantage of the combat’s straightforwardness. These percentages tie into a dynamic cover system where angles and luck are all-important until attrition rears its head, as many coverage-providing structures deteriorate as they suffer gunfire and other attacks. Given that most characters in the game use projectile weapons, moving one tile too far or hiding behind a stack of bricks too long can result in getting sniped out of the battle.

Tension is sustained across battles by the game’s consistent unveiling of new threats, including tornados that can damage anyone in their path and structures that freeze, upon receiving gunfire, anyone near them. Enemies in Mario + Rabbids are also capable of actions unusual for the turn-based tactics genre. Throughout the game, there’s a recurring large enemy who can’t move that many tiles per turn but will, if attacked from afar, run toward its assailant and deliver a devastating blow—assuming the baddie reaches said assailant. The kicker is that because this enemy can perform this move during the player’s turn, it can follow up with yet another crushing attack during the AI’s turn, provided that you don’t eliminate the threat beforehand.

Fortunately, such foes can be creatively subdued or avoided by the dynamic mechanics available to the player throughout Mario + Rabbids. While moving into position, you can perform a slide attack to an enemy if it’s on a tile within your movement range, with no extra cost to the number of actions you can perform during a turn. Similarly, if one of your teammates is on a near-enough tile, you can have that friend launch you to a portion of the stage that would otherwise be unreachable during the turn.

Such battle-shifting options, which can be augmented via skill trees, are fascinating enough in concept, but they can also pack an enlivening visual punch. At certain moments, the standard overhead camera will swing to an unconventional angle when a blow or acrobatic feat is performed, bringing a more in-your-face, on-the-ground perspective to the proceedings. Not even the montages from Dragon Ball Fusions, a hilariously kinetic turn-based game, can match the sense of awe when, say, Mario, with a low-angle camera behind him, fires a blast at a flying enemy who’s been popped into the air by an ally.

It’s a testament to director David Soliani and producer Xavier Manzanares that Mario + Rabbids never scans as a lazy attempt to make money off of the biggest mascot in video-game history. With the constant inclusion of pipes, that famous Super Mario Bros. device, to facilitate everything from ambushes to desperately needed escape routes, the game even outdoes the majority of Nintendo-developed titles. (Not since the labyrinthine seventh world from 1988’s Super Mario Bros. 3 has pipe-traveling proven this imaginative.) As the camera allows you to observe the silhouettes of spinning, balled-up characters speeding through the white plumbing, players are offered the most visually distinct take yet on the action that helped make a Nintendo legend.