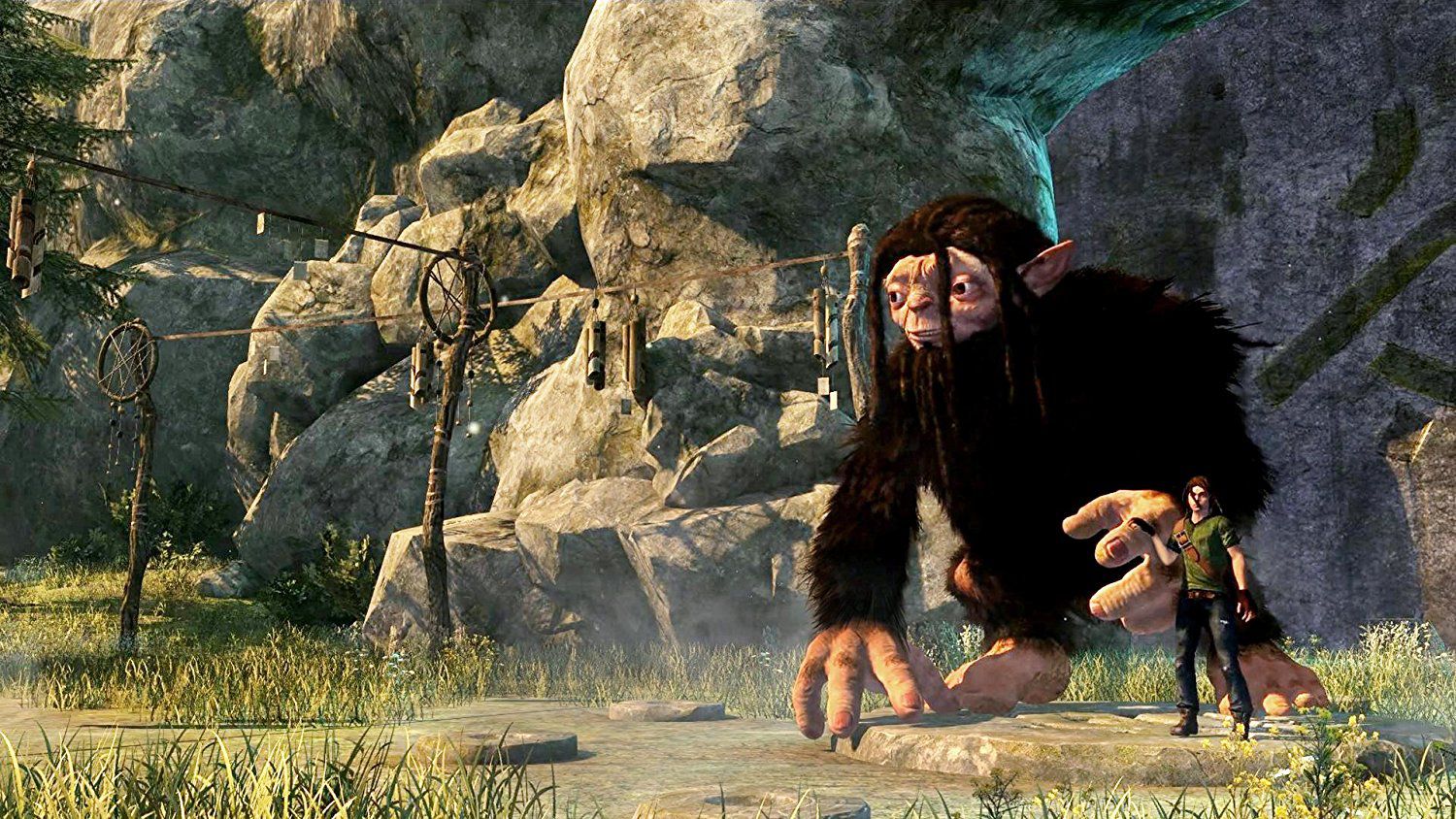 The concept of Troll and I is a simple one: A boy and a troll, united due to a common foe, work together to solve puzzles and kill monsters. But it’s one that’s wasted throughout this technically inept effort from developer Spiral House. The simplest of things that one might expect from a video game, such as being able to pass through a gap that’s ostensibly bigger than the player’s avatar, aren’t guaranteed here. The entire affair is hamstrung by myriad inconveniences that seem to have resulted from rushed development work, ranging from an apparent bug that makes the screen jitter to cutscene animation that epitomizes what we mean when we say “jerky.”

Before Troll and I gives you the ability to switch between playing as young Otto and his towering friend, you control Otto exclusively through a series of events that showcase bad design choices. The game teaches you how to hunt in a story segment where Otto goes into the woods on a mission to get food for his family. To track prey, you must crouch and hold a button for seconds to make your avatar point in the direction of a boar. Although this process is unnecessarily slow (why couldn’t one quick tap of a button suffice?), it might be passable if another problem didn’t exist: Entering this tracking mode drains the screen of color, making everything harder to distinguish and thus defeating the purpose of the mode (i.e., to be able to better track animals).

From here, Troll and I only continues to make less and less sense, making it exceedingly difficult to want to keep playing it. In an early scene, two trees fall between Otto and his mother. Even though the trees are nowhere near big enough to prevent Otto from climbing over them to retrieve his mother, the game never allows you the opportunity to try this obvious solution. Instead, a cinematic automatically sends your character the long way around, where you must run, Crash Bandicoot-style, on a path blocked by obstacles, seemingly no bigger than the aforementioned trees, that you can see from a figurative mile away and that you must jump over by pressing a button when an on-screen prompt tells you to. Because you must clear hurdles in this lifeless way not once, not twice, not thrice, but about a dozen times, the scene could serve as convincing evidence against quick-time-event design. If you fail to clear a hurdle, you must start all the way over, which isn’t intimidating due to difficulty but rather the pointless feeling the whole idea carries with it.

Sadly, this is only the start of the game—and what follows is just as annoying when you have to control both Otto and the troll. Teamwork as simple as a boost to a higher platform entails, yes, an on-screen button prompt and a slow mini-cutscene of the boy making the transition from the troll to a ledge. Frequently, I found myself running away from enemies—not because they were credible threats, but because the action was redundant, plagued by slowdown, and lacking in strategy (simply switch to the troll and one-hit kill a foe into mush), to the extent that I didn’t want to bother with fighting anymore.

Throughout, Troll and I often raises the question of just how much testing was done to spot and correct mistakes. Once after a lightweight Uncharted-like climb as Otto, the screen started shaking, and it didn’t stop for minutes despite my pitiful efforts, such as running about and switching between the boy and the troll with the hope of inexplicably exterminating the bug. In less than an hour from this occurrence, the screen began jumping about after I missed a platform playing as Otto. Such legendarily sloppy execution from the developer suggests the most impressive thing about Troll and I is how anyone could have thought to release it without sufficient testing.