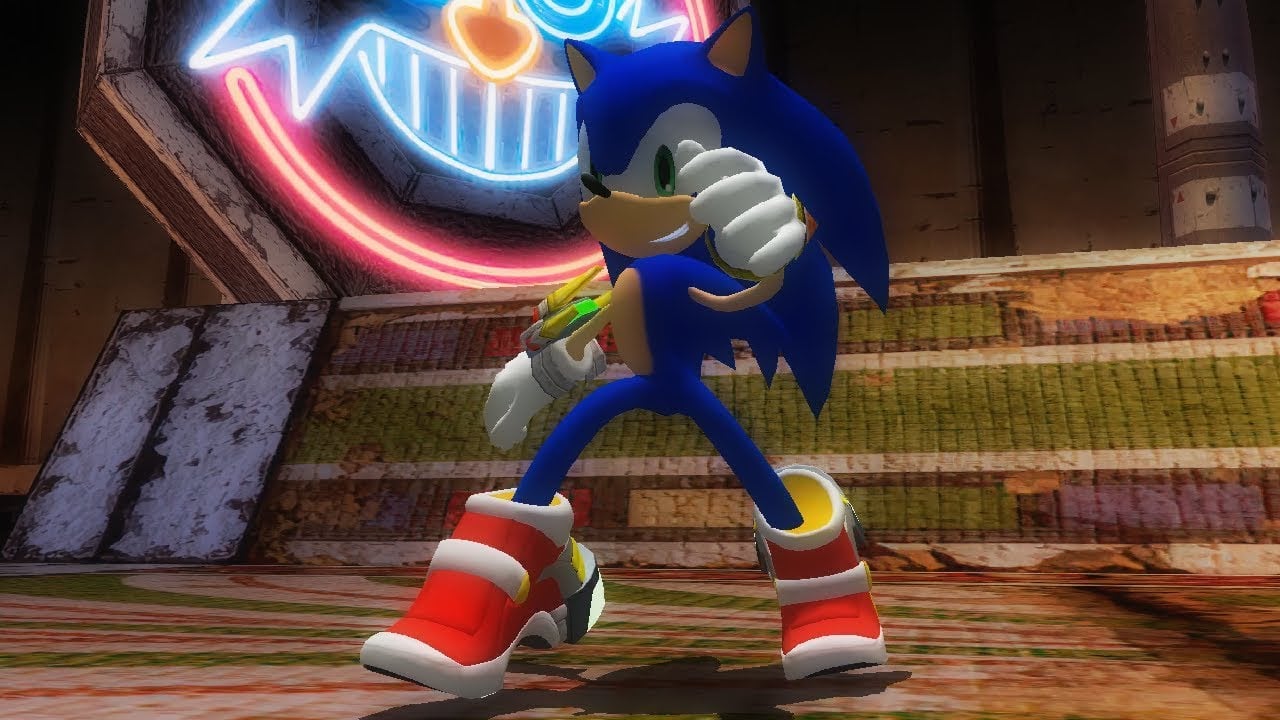 Not too surprisingly, Sega’s proudest mainline Dreamcast project, Sonic Adventure, holds up relatively well, its major blemishes still being some over-sensitive control issues, shaky camera angels, invisible walls, and the quickly tedious, been-there-done-that nature of the Chaos Emerald collecting segments. No matter, because the graphical refurbishing and remastering of the perpetually addictive soundtrack, especially the parody hip-hop numbers that run on a continuous loop throughout the Knuckles stages (“I’m gonna get those fools/They wanna play with my emeralds?/They’re playing with the wrong guy!”), make for a return gaming endeavor that’s as much nostalgic as it is weirdly refreshing given the current, largely M-rated state of this decade’s realism-aiming video games.

Developers simply don’t make games like Sonic Adventure 2 anymore. It’s a totally innocent, bubbly game that doesn’t bother with a complicated plot or clever scriptwriting. The dialogue is as eye-rollingly cheesy as ever, but it wouldn’t work any other way, and it just wants to you to sit back and have a ball playing it. Wall-to-wall with every color of the rainbow, generously recoded for the PS3, Sonic Adventure 2 remains easy to jump into by way of its inviting visual flair, allowing for total storyline completion within the confines of one sitting. There’s not very many structural enhancements to this welcome port, however, as the same Hero (featuring Sonic, Tails, and Knuckles) and Dark (Shadow, Dr. Eggman, Rogue) modes are available. Race with Sonic and Shadow, pilot mechs with Tails and Eggman, and gather shards of the shattered Master Emerald with Knuckles and Rogue, amassing gold rings, saving lost critters, and fighting straightforward bosses along the way. Rinse and repeat. A decidedly welcome change is, with the help of some extra DLC, some aspects of the decent GameCube adaptation of the game, Sonic Adventure 2: Battle, become part of the central menu. This addition is necessary, as the GC edition polished some of the Dreamcast originator’s rough edges, and the PS3 version follows suit.

Perhaps the most glaring problem with this “new and improved” Sonic Adventure 2 is that it fails to modify the horrendous Tamagotchi-style Chao Garden side quests, wherein you hatch tiny blue, big-headed aliens from eggs and raise them with love and care. After every level you’re instantly transported to the poorly designed Chao arena, dump all your caught animals and collected elemental vials, and walk around aimlessly while your Chao takes its sweet time crawling out of an embryonic chamber. These automatic diversions bogged down the original game tremendously, and they do the same here. Which is a shame, because with some mild tinkering (maybe more of a Pokémon-type training spin) these sections could have been turned into something less taxing and at least somewhat entertaining.

At $9.99, the PSN’s Sonic Adventure 2 translation is essentially worth the price, but only if you no longer have the Dreamcast or GameCube renderings. This is, was, and always will be a cult classic in Sega’s prime lineup, and it’s a pleasure to see it legitimately beautified in crisp high-definition, but the sketchy controls called for serious adjustments and received none, as is the case with many of the other infractions that linger still, fractionally mucking up one of the red sneaker-wearing, furry blue blur’s finest 3D outings to date. Oh well. There’s always Sonic Colors to act as a strong chaser.