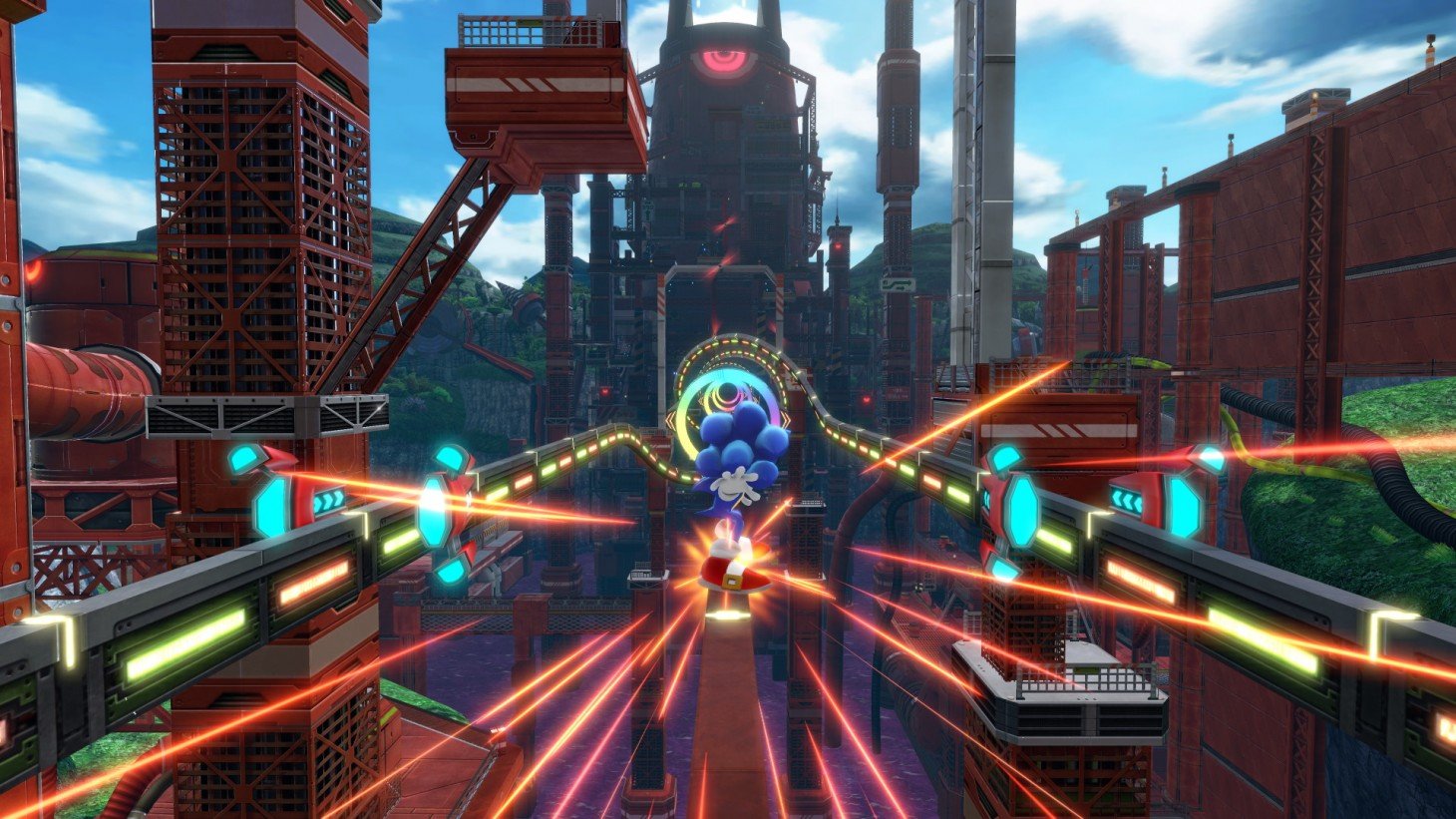 The breakneck-paced blue hedgehog has been an indelible part of video-game culture since the early ‘90s, when he debuted as Sega’s answer to Nintendo’s Mario. And Sonic’s accomplished a lot in the past couple of decades: He’s led a line of successful comic books, had a few of his own animated series (being voiced by Jaleel “Did I do that?” White in a few of them), and, perhaps most surprisingly, has begun appearing in games produced by Sega’s former competitor. His latest title, Wii’s Sonic Colors, is a welcome treat to his long-time fans—and it’s one of his best games to date.

Sonic’s had a bit of a rocky entrance into the new millennium. Many of his most recent games, which were released on all of the big three companies’ consoles, were somewhat tepidly received. This time, he’s redeeming himself with a Nintendo-exclusive, action-adventure platformer. Sonic Colors follows the basic Sonic formula of collecting rings and battling the evil Eggman at Mach 3, but also takes cues from today’s best platformers, making for a modern—and successful—spin on a classic.

In their latest adventure, Sonic and Tails travel to Eggman’s amusement park in outer space, hoping to rescue a race of multicolored aliens called “Wisps.” The Wisps assist Sonic on his quest, and they grant him special powers that vary depending on the Wisp’s color. For example, the yellow Wisps morph Sonic into a drill, allowing him to travel underground briefly, and the light blue ones turn him into a laser that zips across the screen and bounces off walls. Sonic also utilizes his tried-and-true tactics, like spinning into a ball to lock on to enemies and take them out, dashing across platforms and in loop-de-loops.

One of the reasons the game is so solid is because, ironically, it’s followed the lead of games like Super Mario Galaxy, which itself was one of the best titles for its main character and Sonic’s one-time rival. The outer-space theme aside, the Wisps in Sonic Colors grant Sonic different abilities that he wouldn’t have otherwise—a technique Mario games have used from day one, whether it was the recognizable fire flower, or Super Mario Galaxy’s bee mushroom.

The soundtrack is also a high point. There are a few orchestral-sounding pieces, another element reminiscent of Super Mario Galaxy, as well as the high-octane, foot-pounding beats we’ve come to expect from Sonic games. Visually, the game is eye candy. It’s resplendent with color (as you probably guessed) and dynamic, inventive levels that change by the second. A neon runway suddenly vanishes, making way for a silver path that appears out of nowhere, snaking its way around a glowing mountain before dumping you into a tunnel that empties into a downward-spiraling grinding pipe. It’s the excitement and variety that sidescrollers of yesteryear only wished they could’ve achieved, and it’s executed with fabulous graphics and dazzling speed (hey, it’s Sonic we’re talking about).

Sonic Colors, as a whole, is a very strong package. The ever-changing gameplay, a professional voice cast, a two-player co-op mode, quality sights and sounds, and a performance ranking for each level all yield high replay value. Lifelong Sonic fans will find the game an all-too-needed hit for the franchise, and newcomers to the Sonic scene will have proper initiation to the gaming mainstay. Whoever’s playing, they’ll be keeping busy with one of the year’s best platformers.