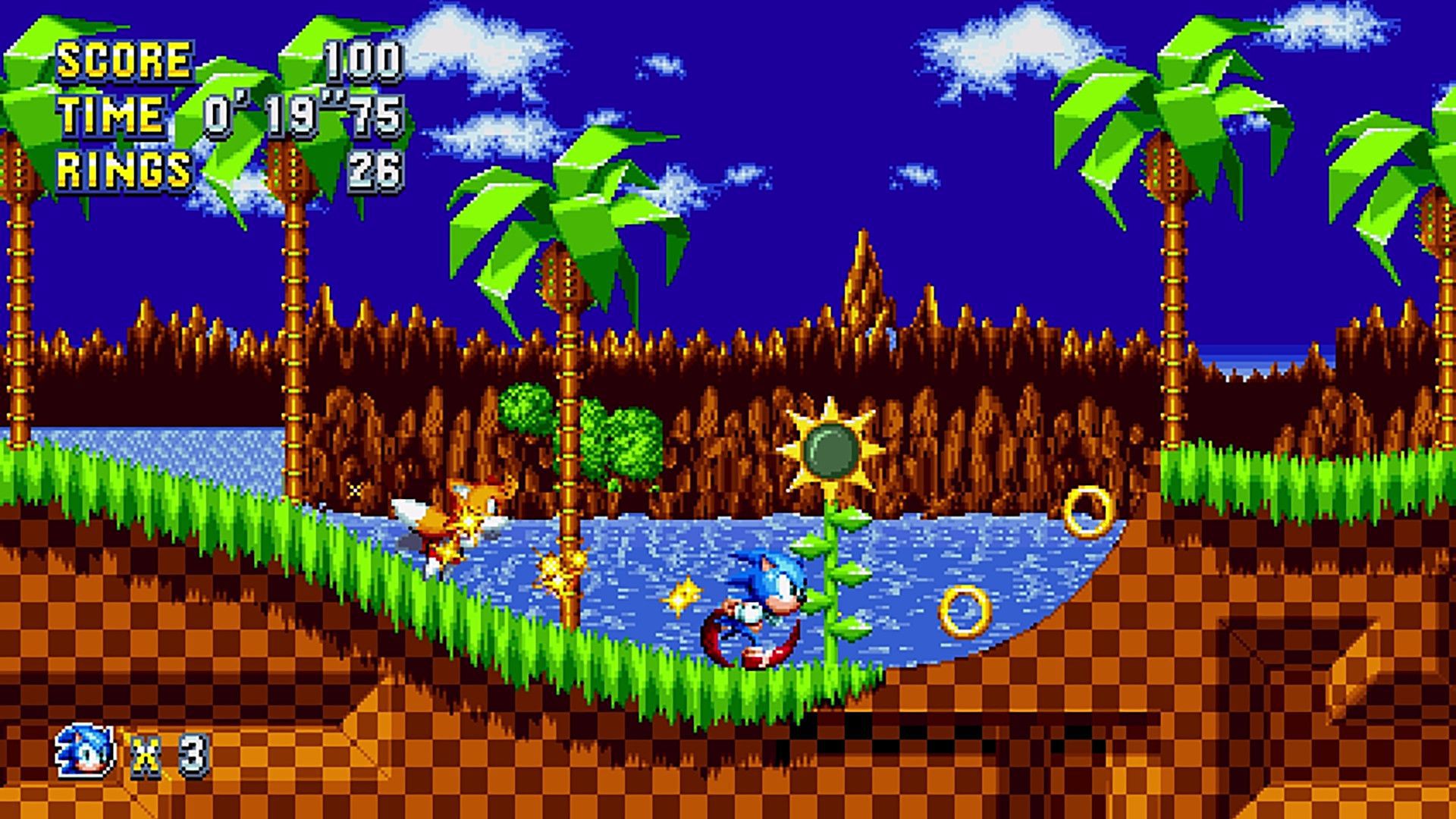 Through a collection of original side-scrolling stages and remastered and remixed levels from the 1990s Sonic the Hedgehog series, Sonic Mania works as shrewd PR for publisher Sega, which has been criticized for years for not doing right by the fast-running blue hedgehog that once rivaled Mario as the biggest mascot in video games. This latest title in the franchise unleashes a nostalgic smart bomb at the start with Green Hill Zone, the first environment from the original Sonic the Hedgehog way back in 1991. You can dismiss the stage as an easy appeal to the player’s emotions, but its impossibly rolling hills and verdant imagery remain magical to this day, bolstered by one of the most upbeat and dreamy songs in gaming history. What’s more, the development team’s tweaks to this level’s design, such as newly unexpected dead ends, ensures that one isn’t drearily reliving the good old days.

Spearheaded by developer Christian Whitehead with support from Headcannon and PagodaWest Games, Sonic Mania makes classic zones from past Sonic the Hedgehog games feel unpredictable again, spiked as they are with uncountable special effects. There’s the burning petroleum and blinding smog of Sonic the Hedgehog 2’s Oil Ocean Zone, a stage of big-money and technological menace, and the eye-catching surprise of the piranha plants that sprout before your eyes in Sonic CD’s Stardust Speedway Zone, which features some of the twistiest forking paths that a game has ever seen.

Players, though, must still contend with familiar nuisances as they whizz through some of these visionary mazes. The Sonic the Hedgehog series’s one-button functionality is certainly accessible, but it can lead to irritation, such as when you try to grab hold of Sonic’s flying fox buddy Tails for a lift but wind up with just air. The sprites and environmental features are big and bold, but the zoomed-in quality of the picture means it can sometimes be impossible, without trial and error, to know how you need to move to avoid disaster during a lightning-fast run—a limitation that was addressed in the otherwise mediocre Sonic Boom: Shattered Crystal on the 3DS.

The most kinetically powerful thing about any Sonic the Hedgehog game is the sheer level of speed that Sonic can reach at various points—a momentum so strong that the hedgehog takes control away from the player as he blasts through looping passageways, capable of leaving you in a state of dumbfounded awe. Why, then, did the series ever bother with underwater levels, as in this game’s version of Sonic the Hedgehog 3’s Hydrocity Zone? Having players wait around for oxygen bubbles to materialize so that Sonic doesn’t drown is the epitome of a developer fundamentally failing to understand why their creation is interesting in the first place.

Mirage Saloon Zone, one of the new levels created for Sonic Mania, is a perfect illustration of how this series can be simultaneously clueless and sublime. The first, aircraft-based half of the stage, which has you riding on top of Tails’s plane in an allusion to Sky Chase Zone from Sonic the Hedgehog 2, lacks essentials—no tunnels to spin through, no secret areas to find, and not much of a chance to recover rings when you lose them. But the second half is a gorgeously detailed engagement with all sorts of desert signifiers, such as rings of sand that dissipate after you touch them. Wanted posters hang near saloon bars with spinning seats, with pinball sections and giant piano keys serving as fun distractions from your imminent goal.

This level’s climax takes place in an Old West theater, yet any joy derived from the brilliant design on display is sure to be cut short by another problem that’s plagued these games: the mind-numbingly easy boss fights. Over the years, these skirmishes have too often required players to be only dogged in their determination to keep bouncing into and on top of foes. And in Sonic Mania, they’re reminders that even at his fastest, even at his dizziest, Sonic has never been allowed to truly realize his potential for greatness.