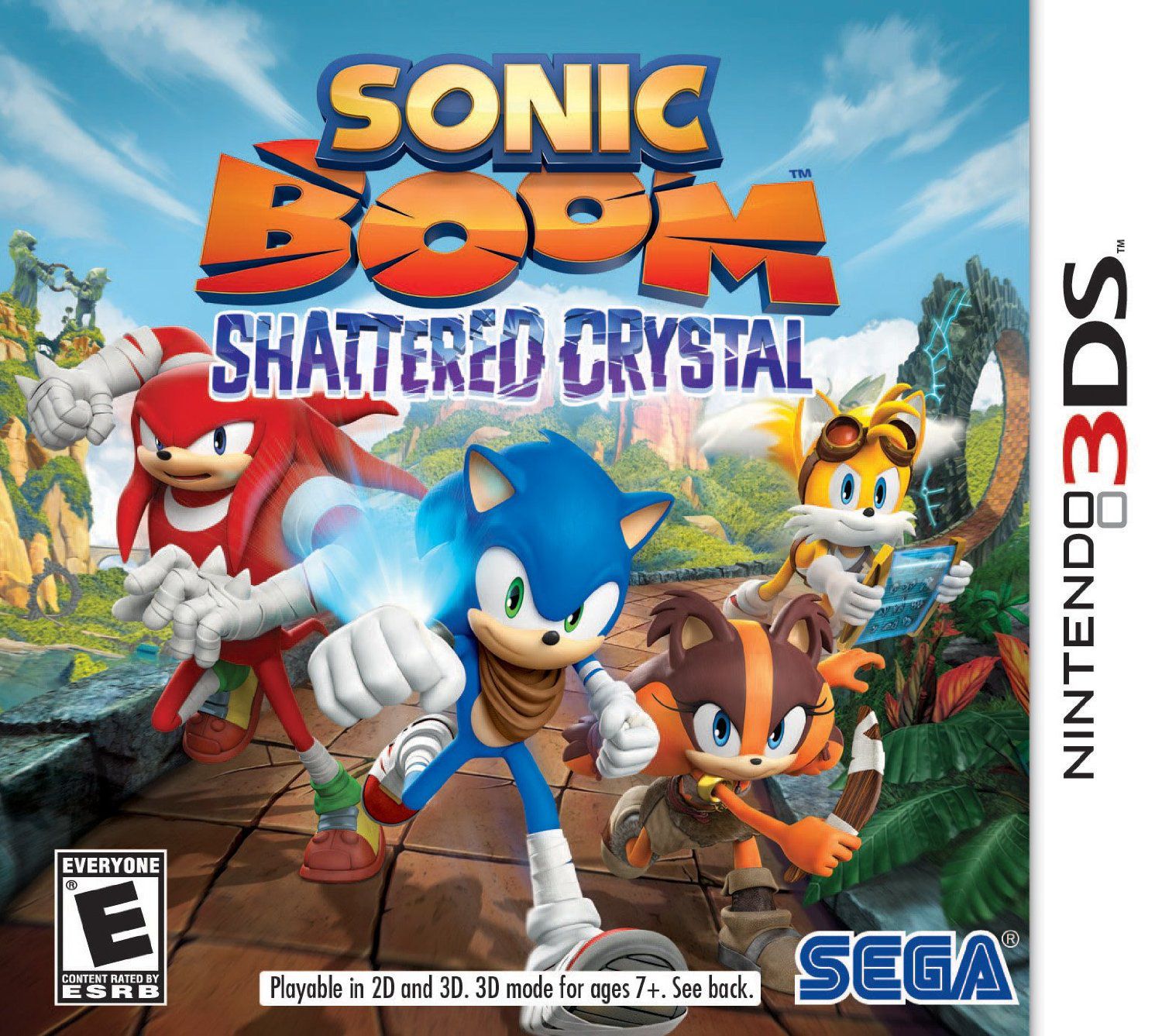 With one button press, Sonic Boom: Shattered Crystal allows players to get Sonic to a high speed instantly. Unlike the Sonic the Hedgehog games released on the Sega Genesis, the “camera” allows better foresight for consecutive split-second decisions, such as swinging over a pit to then torpedo into an enemy, which sets up a double jump so that Sonic can crash through a breakable wall. Many of these actions require different button presses, eliminating the one-button-does-all controls of the original game. But despite these improvements, Shattered Crystal often doesn’t emphasize its strength: the kinetic art of fast, nonstop movement through obstacles.

Shattered Crystal sputters with its focus on item gathering and character switching. To unlock new stages, you must have a certain number of badges, some of which must be earned by revisiting completed stages and collecting crystals and blueprints. To collect many out-of-reach crystals and blueprints, you must use the abilities of Tails (a fox who can glide), Knuckles (an echidna who can dig tunnels into the ground), and Sticks (a badger who can guide a boomerang to hit switches) as you revisit stages. Although these friends can be used on the fly when you need them, the game doesn’t completely integrate the character-to-character transformations into a quick pace. Ideally, you should be able to turn back into Sonic in mid-air and immediately perform a move, such as a double jump, to keep momentum. Unfortunately, the action stalls after a character change—with the exception of switching to Tails in mid-air to catch the wind of a current. There are also blueprints that must be found via a slow underwater mini-game that requires little reflex, a mockery of the game’s aesthetic of coordinated speed.

The deliberate task of backtracking for items would be more enjoyable if the art direction were better. The environments are serviceable renderings of familiar locales, like a volcano, but they don’t demand the eye’s attention like the bright grass and water of Green Hill Zone in the original Sonic the Hedgehog or the blissful neon cityscape of Casino Night Zone in Sonic the Hedgehog 2. The enemies in Shattered Crystal mostly lack distinction beyond their different attacks. The enemy design explains why the giant mechanical worm in the Worm Tunnel stages might seem impressive simply due to the machine being larger, and thus irrevocably different from the bland robotic horde.

The game’s sorriest mistake is the “story” that can’t be skipped. These segments largely amount to random combinations of the four main characters trading bad jokes, such as running the difference between “who” and “whom” into the ground. Why force a story if it doesn’t treat these characters as anything more than annoying comedians who happen to be fellow heroes? Why add another interruption to the prospect of blazing action? Ironically, Sega doesn’t understand that, with Sonic, a lack of consistent speed kills.