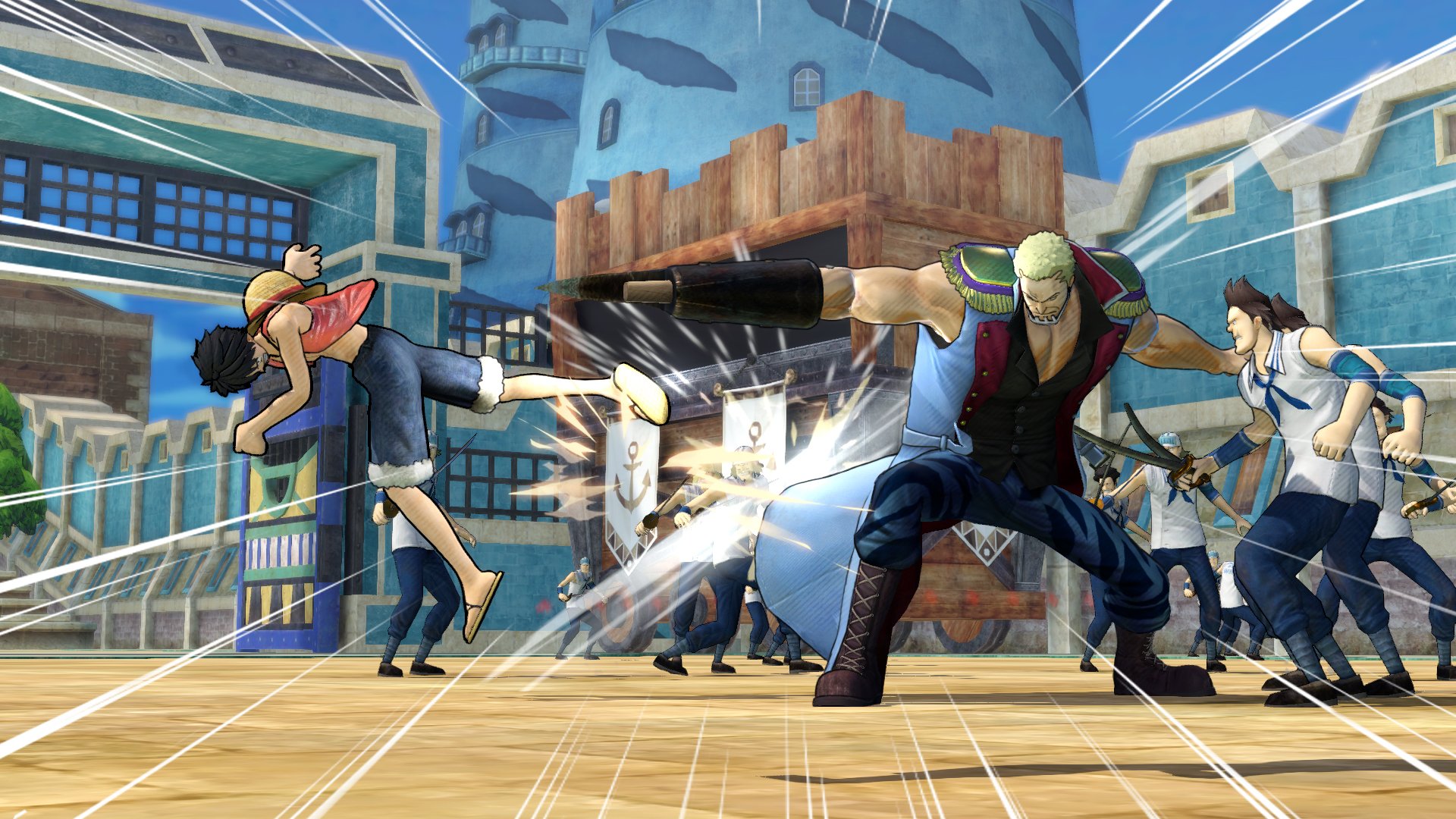 Conceptually, reskinning a Dynasty Warriors game with the insanely popular One Piece franchise is absolutely ideal, with the heroic, super-powered Straw Hat pirates (word used extremely loosely) standing in for historical warriors, taking on legions of under-powered mooks, including other pirates and members of the villainous World Government. Powerful series antagonists serve as the boss characters, giving fans the chance to relive their favorite battles from across the series. While the level of presentation here is astounding, with Oda’s unique art coming to life in detailed cel-shaded 3D graphics and the original Japanese voice actors and music carrying over from the anime, the gameplay is sadly underdeveloped and rote, also plagued with technical issues.

The main campaign covers several of the major story arcs from the series, divided into individual episodes that each tote their own specific gameplay. At its core, the game is dominated by the same beat-’em-up action as the other entries in the Dynasty Warriors series, with a mix of combos and special moves trying to keep things interesting: Levels are divided up into general hack-and-slash areas, then conquest arenas, in which a number of enemies must be defeated to take over a territory, and finally boss battles. The problem is that these are extremely monotonous, driven by repeating the same actions ad nauseam, and attempts to subvert formula aren’t fun, such as a never-ending series of annoying quick-time events to navigate characters around oversized maps. Battles featuring one or more of the other Straw Hats fighting alongside the playable character are plagued by terrible, suicidal AI (both enemies and allies will rush to their demise, sometimes making levels impossible to complete) and a plummeting frame rate, just two of the many technical problems that should have been fixed before release.

Abridging One Piece’s scattered narrative does it no favors, with the series mythology buried under a mess of poorly handled animatics and a flimsy central storyline completely incoherent for newcomers. One could argue that One Piece: Pirate Warriors is primarily for fans, though there’s some appeal for everyone when the three-katana samurai (he holds one in his mouth) takes on a sword-fighting giraffe, or when an enormous inflatable fist punches a hitman leopard in formal wear through a castle. But Pirate Warriors sucks the fun out of any unintentional Schadenfreude by being so laborious and boring to play.

The game is deeply unrewarding, with an unlockable series of side-character stories that registers as little more than fan service, and a multiplayer that offers more of the same without improvement. (Best not to dwell on the uselessness of the appallingly rendered female characters, one of whom is gifted with the bizarre ability to grow arms out of anything—arms that could surely rip apart and annihilate foes, but instead do basically nothing.) Zoro gets lost in the middle of battle, you can dispatch a hundred enemies at once with a well-timed special attack, and the original Japanese audio has been left mercifully intact, but those minor pleasures are ruined by bland repetition and technical hitches.