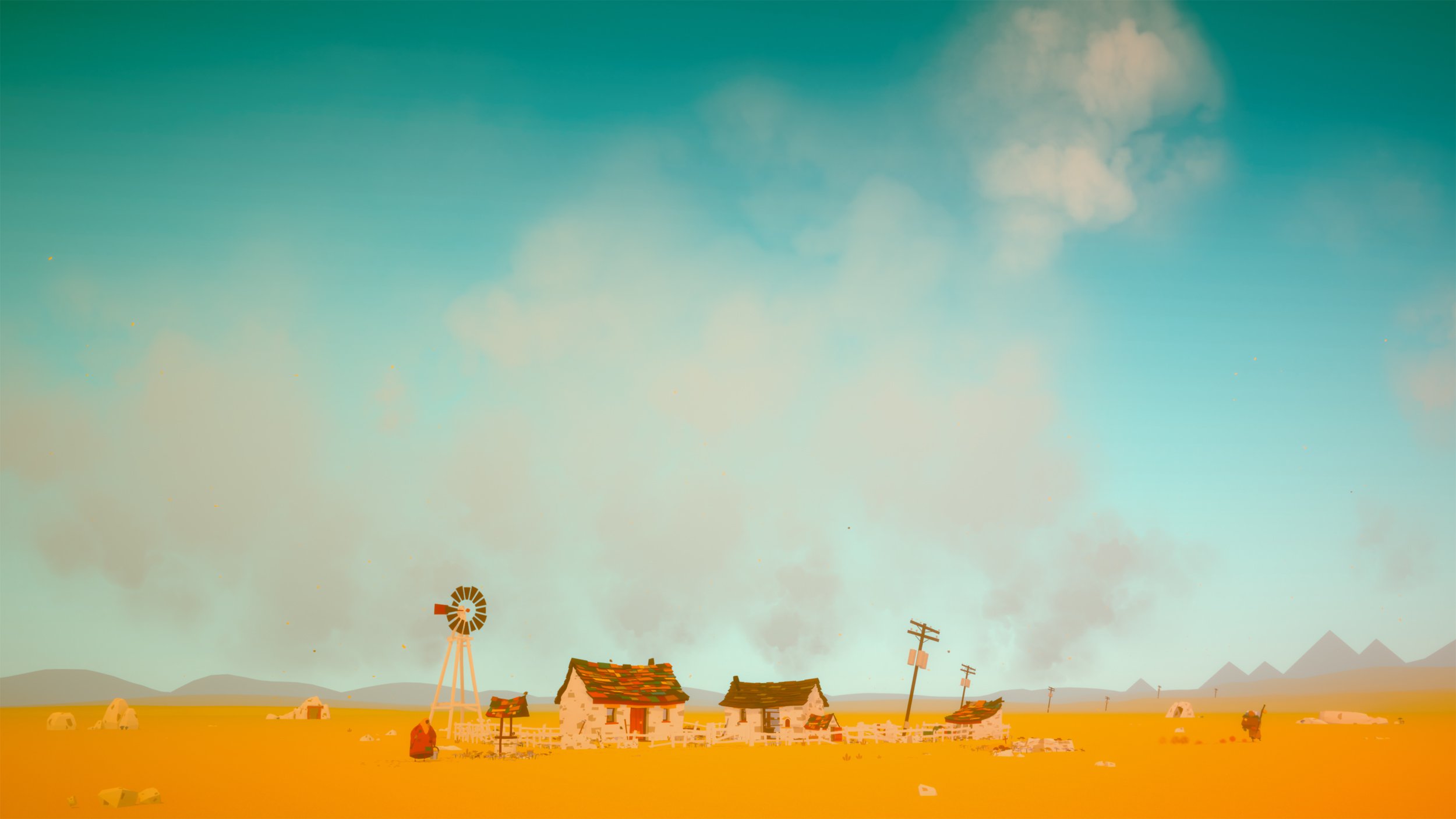 Talma, the old woman at the center of The Stillness of the Wind, moves slowly. Her determination to maintain a rural way of living is never in question throughout indie developer Coyan Cardenas’s sequel to 2017’s Where the Goats Are. The only person she sees on a daily basis is the merchant who delivers mail to her farm and offers her goods for trade, such as hay and shotgun shells. Talma is at the end of her life, and as you watch her existence fade, you grasp the importance that every moment can have on a mortal plane.

The main focus of The Stillness of the Wind is the reality of isolation in a place as seemingly idyllic as Talma’s farm. You learn that this old woman sees her small acre of the world as her reason for being, an attempt to preserve the legacy of her ancestors. Yet she’s alone in this effort, as her remaining family members moved on to live in a nearby municipality. You can tell something stings her when she reads her family’s letters, almost all reminders of her outsider status. At one point, her sister, Mimi, passive-aggressively hints that Talma should turn her back on her calling: “After all, there is so little to do on farms.”

Mimi is right but only on the surface. In the world of this game, you grow crops and flowers, which requires Talma to walk to a well outside of her fenced-in farm for water. You can collect eggs laid by chickens. You can milk a goat, but only after the animal has eaten some hay, and convert that milk to cheese through a multi-step process. You can even breed goats. And that’s about it. By this point, players might think that The Stillness of the Wind is but a minor-key riff on Harvest Moon or Stardew Valley. Indeed, the game’s farming activities and day-and-night cycle do bring to mind the routines of those titles, but The Stillness of the Wind is uniquely fixated on the existential reality—the “how” and “why”—of toil.

Every step of Talma’s beyond-deliberate gait counts as the shadows of objects around her shift with the position of the sun. If the player rapidly presses a button while hoeing the ground or making cheese, this will result in failure, indicating that Talma must take her time to do the job just right. Tasks as minute as remembering to shut fence gates can save a lot of time: If the player fails to shut the gates, Talma’s goats might wander about, and the day isn’t long enough for the old woman to walk a few extra yards just to milk an animal. Here, such little conditions become absolute moments, and Cardenas’s emphasis on them throughout this humane game deftly communicates the practical challenges of aging.

There’s also brilliance to the ways The Stillness of the Wind more ethereally illustrates the transience of Talma’s being. The game’s visuals are characterized by a level of graininess that not only complements the sand of the desert farm setting but also evokes the textures of early cinema. When you approach the well outside Talma’s farm, you can hear the voices of children at play, even though there aren’t any children around. And on certain days, you might hear other things, like the sounds of a train or a phone, that you know are coming from inside Talma’s head. The game casually haunts the player with such gestures, pointing to Talma’s loss of companionship while also hinting at her potential dementia.

In a possible nod to Barry Lyndon, Cardenas utilizes a slow zooming technique to imbue the proceedings with an added layer of gravitas. It’s as if the game’s camera is a godly presence, patiently and quizzically regarding Talma’s modest life on the farm and understanding her toil to have a spiritual purpose. This is why when the game ends, at the moment when Talma ceases to exist, the scene not only elicits our sadness but rouses our respect for human conviction. Ultimately, the vestiges of Talma’s farm aren’t tragic. Rather, they’re totems that affirm her inner journey, her desire to live a life in isolation as sincerely as possible.

This game was reviewed using a Switch code purchased by the reviewer.

Review: Trials Rising Will Test Your Mettle But Also Your Patience