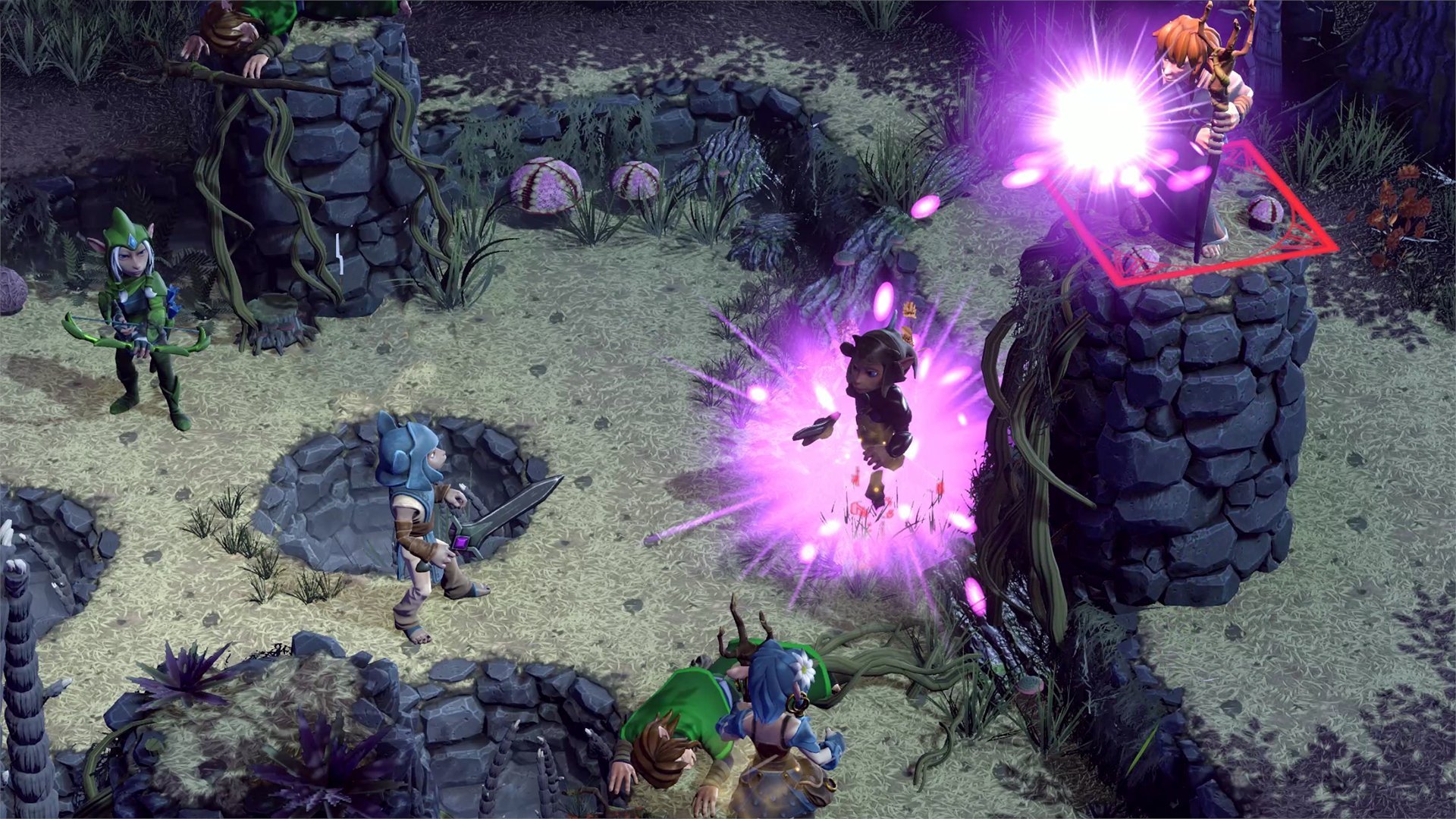 The draw of a game inspired by The Dark Crystal and indebted to Final Fantasy Tactics is easy enough to grasp. Dark Crystal: Age of Resistance Tactics offers fans of Jim Henson’s 1982 fantasy film and Dark Crystal: Age of Resistance the chance to see Rian, Brea, and Deet—characters from the Netflix series—engage in tile- and turn-based combat. But it’s difficult to imagine anyone being elated by BonusXP’s game, as the paper-thin quality of its story is as undeniable as its mechanics are behind the times.

The gameplay loop of Age of Resistance Tactics is beyond familiar. You select different points on a map to initiate battles with bad guys—in this case, everything from the Skeksis, the main antagonists in the The Dark Crystal franchise, to giant worms. As in chess, you move your characters to different tiles in order to control key segments of territory, set up combination attacks, and so on. The objectives of war range from wiping out every enemy to moving a set number of characters to an exit. After victory, you gain experience points and gold, which can be spent on equipment that increases your power, defense, and other attributes.

Oddly enough, you rarely acquire enough gold to buy much of anything for a party that eclipses 10 members, but it doesn’t matter. You can get by with substandard weapons and armor in Age of Resistance Tactics because the battles don’t demand any unusual strategic thinking. Enemy groups tend to be small, the environmental elements are unthreatening (gusty winds, for one, can be avoided or ignored with little repercussion), and the character techniques fail to fall outside of what one would expect from a tactical game of this nature. The melee techniques, buffs, projectiles, and magic attacks at your disposal recall the player’s combat options in everything from Into the Breach to Fire Emblem: Three Houses.

The developers at BonusXP try to spice up the affair with tiles of different heights and a job system that allows characters to combine disparate abilities. Obviously, then, they believe that emulating the well-executed concepts of Final Fantasy Tactics is a sturdy enough foundation, and to their credit, the results are serviceable. You certainly can’t sleepwalk your way through Age of Resistance Tactics and fail to, say, increase the adaptability of your party by making offense-dominant characters adopt healing skills from a defense-oriented job. And you can’t truly take advantage of the soldiers with ranged attacks unless you pay attention to height dynamics. But these gameplay elements are integral to more than a few titles from this subgenre of game, and BonusXP mostly just follows a well-tread formula.

Take away the characters, myths, and other connections to the Dark Crystal universe and it’s easy to see that Age of Resistance Tactics has no real identity of its own. Outside of the occasional comic-book cutscene, the story is largely relegated to a small handful of lines of dialogue before or after battle. The plot is easily digestible but with the anonymous quality common to something made by committee, as in the way the heroes have to exterminate pests before a community will guide them to a new location. And such uninspired material is unable to elevate this fantasy game’s moth-eaten ramblings about good and evil.

The game was reviewed using a review code provided by ONE PR Studio.