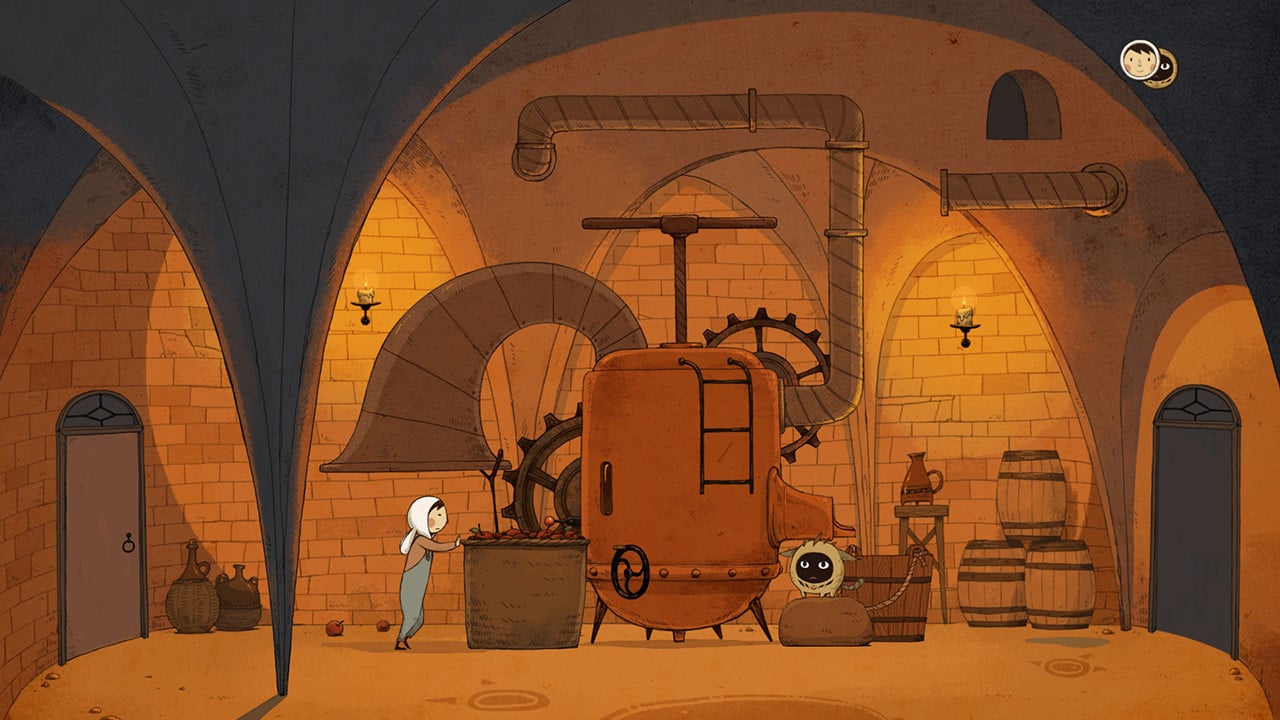 Presented in a beautiful hand-drawn style with detailed animation and a soft color palette, LUNA The Shadow Dust suggests a storybook come to life. The main characters, a cat-like creature with a shadowy face and a boy who wears a rabbit-eared hood, wordlessly make their way through a mysterious tower. Its rooms are full of puzzles tied to intricate devices and murals from long ago, depicting patterns to follow that will let you unlock the next door. But despite the game’s considerable visual panache, its point-and-click adventure elements eventually feel alternately rudimentary and more than a little tedious.

Throughout, you control the characters separately, initially needing one of them to complete a simple task on one end of a room that will have some effect on the other side. As the game continues, you begin to split the characters up even further, moving them into entirely separate spaces. The creature, for example, may need to stand in some ethereal void filled with trees, while the boy pulls a lever to cycle the void through different seasons. Though the initially basic puzzles grow somewhat more challenging and satisfying to complete with this degree of separation added to the mix, monotony takes hold as you watch the characters laboriously shuffle from one end of the screen to another.

The game is at its best early on, as a kind of visual tour that demands minimal effort from the player, where the puzzles are a largely inconsequential barrier to seeing the sights. The puzzle rooms’ initial layouts are economical, with small areas that hold some obvious visual clue for how to proceed. Such simplicity makes those first puzzles feel a little rote, but they’re the most effective, unintrusive vehicle for simply appreciating LUNA’s artistry.

As the game wears on, though, it introduces the aforementioned complex spaces, requiring the characters to separate for longer periods and trek up and down stairs as well as in and out the same doors. Combined with the sluggish walking cycle, the backtracking can often feel like outright punishment for not solving the progressively more involved puzzles on the first try. The very space that once seemed so breathtaking becomes easy to resent. As some of the animations and actions repeat for no discernible reason (one cart ride to gather books needs to be done a baffling four times), the gorgeous, otherwise relaxed experience begins to grate.

Review: Lair of the Clockwork God Is a Fine-Tuned Comedy Machine