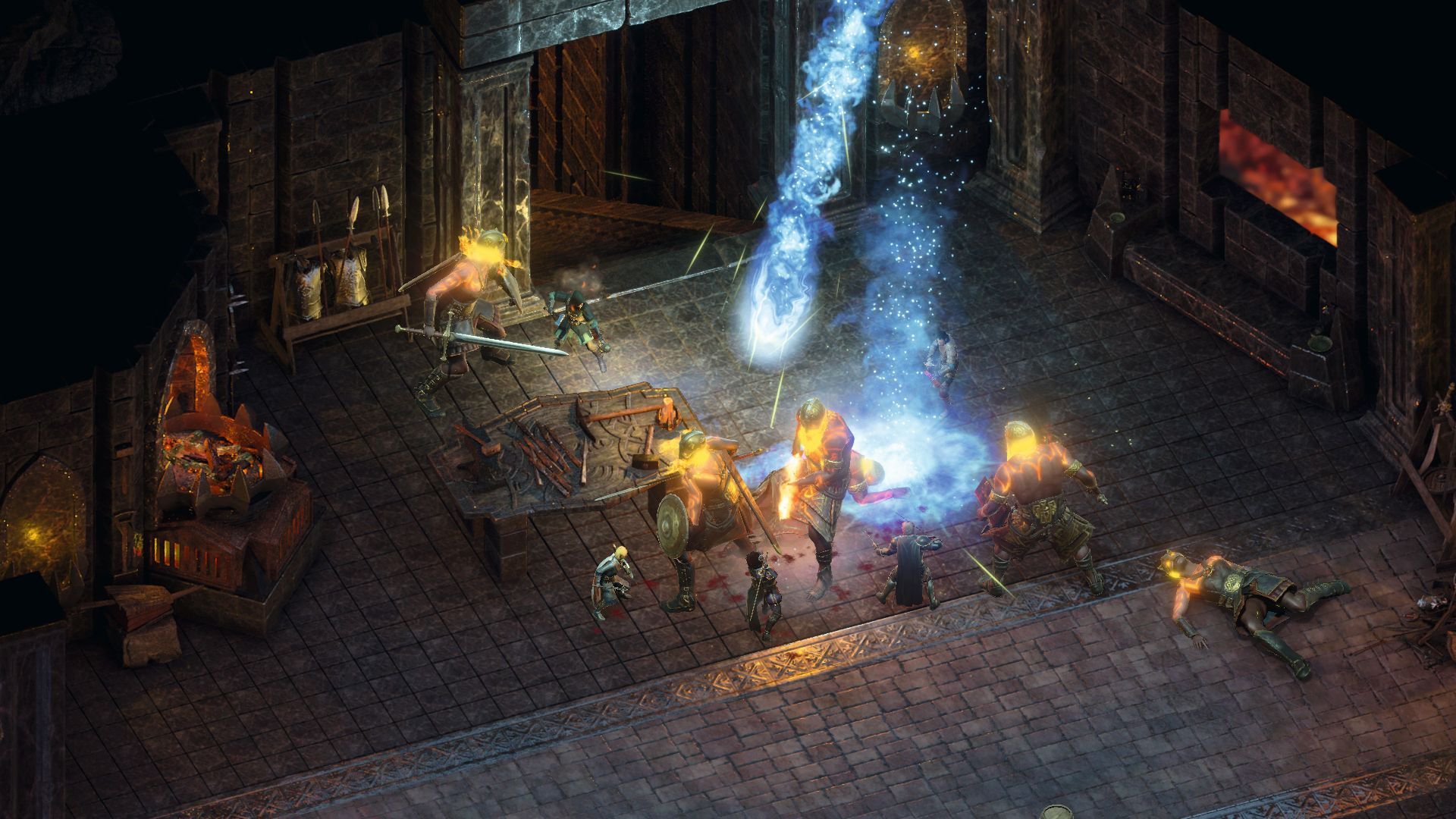 The Kickstarter video-game boom was built on nostalgia. It’s no surprise, really, that so many of its success stories have been RPGs in the turn-of-the-century tradition of Baldur’s Gate and Planescape: Torment. The more immediately gratifying elements of these games—stats, loot, the idea of dialogue choice—have been distributed (while often diluted) to more accessible and lucrative templates, leaving the idiosyncrasies of isometric RPGs to languish in the past. In this regard, Pillars of Eternity II: Deadfire does everything it’s meant to do. It’s a sprawling, uncompromising game with real-time combat you can pause to issue orders to your party, with as many options out of combat as in it. More than just a faithful recreation of an old subgenre, however, its greatest strength lies in its impeccable writing.

You play as the hero of the first Pillars of Eternity, and you’re conveniently killed and resurrected at the outset to provide both a clean character-creation slate and mild amnesia so you may plausibly ask to be filled in on the details of the world and the events of the prior game. After choosing from a wide pool of histories, classes, and appearances, you’re sent off in pursuit of the god Eothas. Having possessed a massive statue, Eothas has set off across the sea collecting souls (including a chunk of yours) to some unknown end that’s yours to discover, but not before there’s extensive role-playing and side-questing to be had in every corner of the Deadfire Archipelago.

Above all else, Pillars of Eternity II excels at the sheer density of its setting, a political web of factions within factions. Pirates, natives, and trading companies all collide with one another, vying for land and resources and respect. Without succumbing to a “both sides” mentality, developer Obsidian Entertainment weaves a messy history that reveals more layers of influence and oppression the further in you go, from in-fighting to caste systems to black markets. There are difficult choices to be made about who to support and how to go about doing so, who to betray and who to string along.

With all the concerns of all the different factions to consider, your quest journal soon grows unwieldy; Pillars of Eternity II is, to say the least, a commitment. The writing stands among the best of the genre, but it’s also heavily footnoted to explain a multitude of historical and religious references. While the reams of text go toward fleshing out the intricate setting and even to asking interesting questions about faith and duty within a rather thorny theological context, it’s easy for basic pacing to get bogged down in the sheer amount of stuff the game expects you to follow.

The combat system, too, can be a lot to take in; positioning, areas of effect, stealth, and other values are all accounted for, affording each encounter a great degree of versatility. It’s often tough, however, to take advantage of that versatility when the fights devolve so easily into the fantasy-RPG equivalent of a cartoon dust cloud, with the punches and kicks substituted with all colors of spells and other abilities. Even when pausing, you’re prone to losing enemies in the scuffle or squinting at the tiny circular spell portraits to discern who’s casting what and if the questionable (albeit customizable) default AI behaviors are about to blast your entire party with friendly fire.

What this means is that while the combat is totally functional and even good in spots, Pillars of Eternity II is at its best when the quests let you circumvent it. In a medium that defaults far too often to fighting, alternative approaches unfortunately still feel like a niche, and it’s a niche that Obsidian adeptly fills. The game’s dialogue choices spring from multiple speech skills, other characters you’ve spoken with, found objects, classes, and additional stats like alchemy. While none of the quests deviate from a handful of pre-determined solutions, those solutions (a bomb in a harpsichord, a disguise to fool imps) are frequently creative, and the wealth of dialogue options feeds into a larger system for defining your protagonist’s personality.

You never drastically change your methods of pursuing Eothas, for example, but telling people you’re either out for revenge, coaxed into it against your will, or interested in saving as many people as possible can open up further dialogue with other characters. Whether you intend the protagonist to be narcissistic, altruistic, fed up with the world, or the strong and silent type, Pillars of Eternity II’s often problematic wordiness nevertheless accommodates a wondrous array of roles rather than forcing players into a handful of pre-defined types. Obsidian’s sequel is an achievement not just for the density of its fascinating setting, but for the flexibility with which you may present yourself to it and be perceived within it.