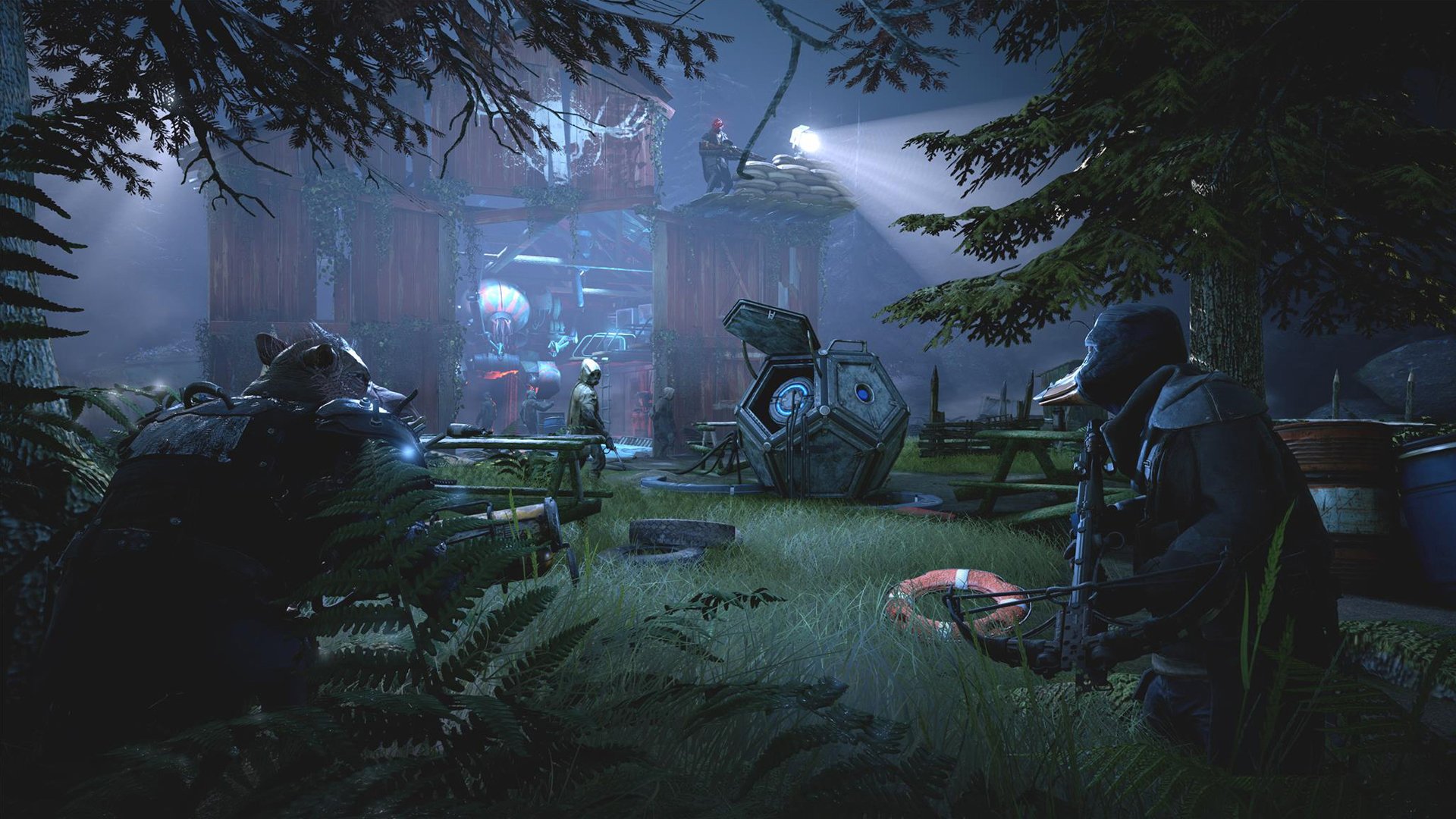 The influences on Mutant Year Zero: Road to Eden are easy to spot. With protagonists called “Stalkers” who scavenge a post-apocalyptic “Zone,” the game draws a thick, direct line to the Russian novel Roadside Picnic and its 1979 film adaptation, Andrei Tarkovsky’s Stalker. It’s in the details where things change, namely the nature of the protagonists: mutants who can walk, talk, and shoot just like normal humans, only one is a pig named Bormin and the other is a duck called Dux. The world of the game isn’t inundated with such characters either, as more or less regular-looking humans coexist alongside Bormin and Dux, such as Selma, an early companion with a small horn.

Mutant Year Zero’s mechanics also owe a large debt to Firaxis’s XCOM reboot. Battles against opposing factions play out in turn-based fashion as characters take cover, maneuver to new positions for a better shot, and mumble “overwatch” as they dig in and prepare to shoot whatever moves during the enemy’s turn. Much like the talking animals distinguish the game’s setting, the strategy features a unique wrinkle: The Zone is explored in real time from a top-down perspective, as the mutants scavenge for guns, armor, or various forms of currency to purchase guns and armor. Once you’re near enemies, and perhaps after you’ve moved each character into a strategic position, you can ambush them by switching to turn-based combat, potentially taking them down silently to get an edge in the upcoming battle.

Enemy stragglers are never far from a main group that generally comes with greater numbers (and more formidable health bars) than your mutant squad of three. This imbalance means stealth is key. Ambushes allow you to engage the enemy on your terms, such as Dux sniping from atop a ruined train while other squadmates fire on the most powerful opponents before they have a chance to run for cover. But the enemy’s strength ensures that any initial control of the battlefield never lasts long, as a mutant might go down, have its cover blown up, or spot enemy reinforcements beyond the treeline.

Just about every battle in Mutant Year Zero is an exhilarating struggle only moments removed from complete failure, and it’s this thrill that largely sustains the game through its shakier mechanics. But as Mutant Year Zero wears on, the time it takes to scout an area for the 20th time grows tedious. Stealth kills grow mindless as you page through the multiple commands necessary to get characters into position and to open fire. Exploration becomes a chore as the early drip-feed of new techniques, armor, and guns goes dry in the mid-game, leaving little use for scavenged currency beyond the same handful of expendable items like grenades or medkits.

The writing might have filled in the gaps here to suggest that there was some point to exploration beyond looking at moss-covered objects, hoping your flashlight catches a glint of scrap you’ll probably just hoard in case you need a medkit. Notes that fill in the backstory are few and far between. The world may, in typical sci-fi fashion, be riddled with proper nouns, but Mutant Year Zero struggles to ascribe anything a sense of importance, a sense of history. It mostly traffics in those hoary “I wonder what this used to do” exchanges of all post-apocalyptic fiction when someone looks at a fridge or something.

At its worst, the writing doesn’t even capitalize on its main hook: the animal characters. Beyond their musings about the potential function of a pizza place, the mutants lack distinct personalities beyond a small pool of deeply obnoxious battle quotes, where they fire their guns while saying things like “Not today, dickwipe!” or “Say my name, jizzwipe! It’s Farrow!” A huge duck in a top hat with a sniper rifle shouldn’t be nearly as boring as he is here.

The game’s dour setting fits its desperate, ambush-centric battles like a glove, but beyond that, the Zone and its inhabitants are little more than an under-realized aesthetic. Mutant Year Zero feels most of all like a promising start for something potentially greater. Indeed, for as much as the game offers an intense, occasionally brilliant spin on turn-based strategy, it’s tough not to imagine how a sequel could improve the writing and the exploration to realize what is, at this point anyway, mostly just a lot of potential.