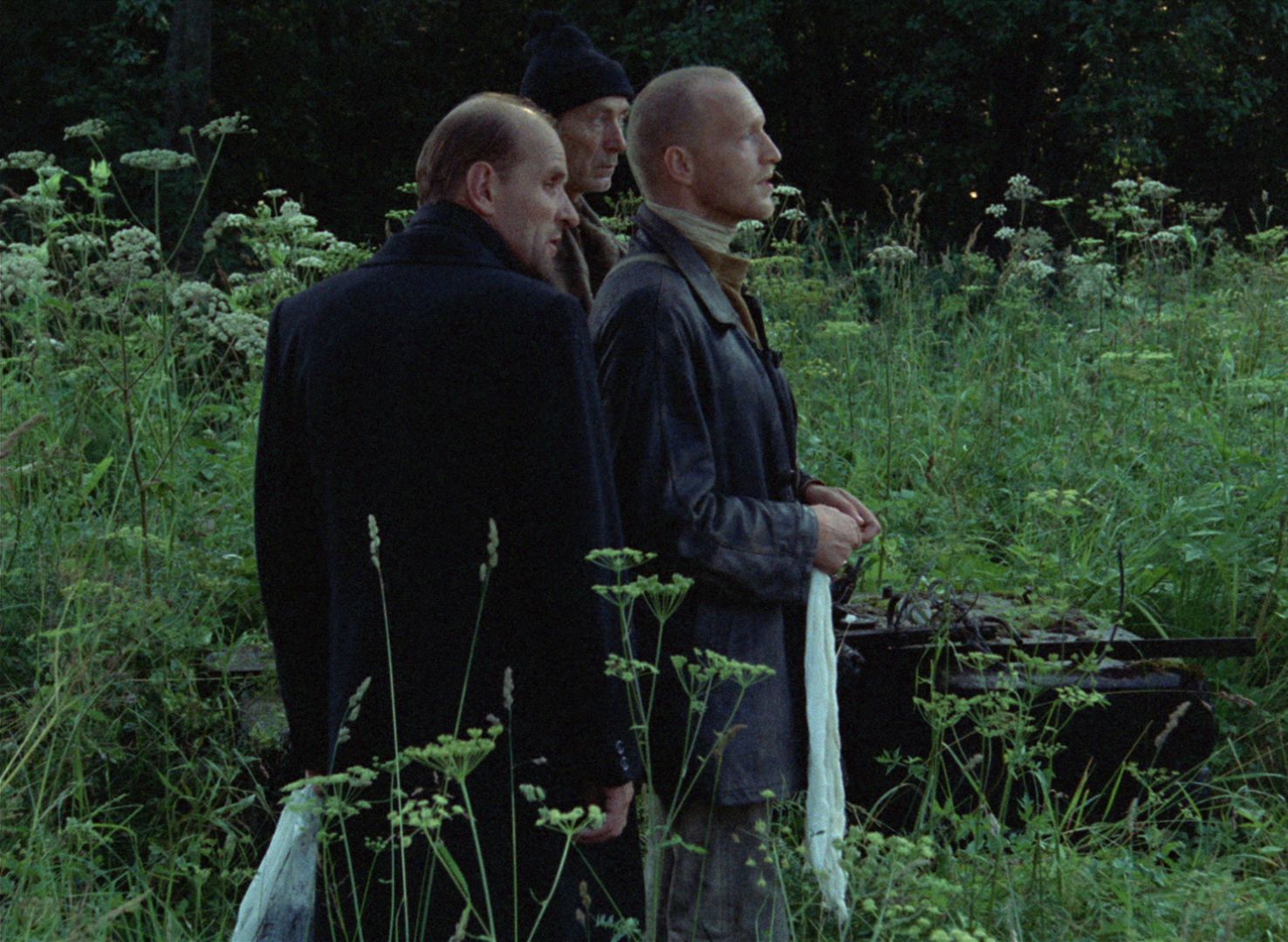 In his book Sculpting in Time, Andrei Tarkovsky states the following about Stalker’s futuristic setting The Zone, a mysterious place that was reportedly created by an asteroid and may contain otherworldly forces: “People have often asked me what The Zone is, and what it symbolizes…The Zone doesn’t symbolise anything, any more than anything else does in my films: the zone is a zone, it’s life.” Considering the general self-analytic insightfulness of the director’s writing, one is almost tempted to believe him.

Yet any perfunctory assessment of the director’s second science-fiction effort (after 1972’s Solaris) inevitably raises doubts about the accuracy, if not the sincerity, of Tarkovsky’s bold assertion. The story of three strangers’ quest into The Zone to reach The Room, an enigmatic enclave that allegedly grants visitors their deepest, darkest wish, 1979’s Stalker, which is loosely based on the novel The Roadside Picnic, may not be the most signifier-loaded film in the auteur’s canon. Nonetheless, it remains a dense, complex, often-contradictory, and endlessly pliable allegory about human consciousness, the necessity for faith in an increasingly secular, rational world, and the ugly, unpleasant dreams and desires that reside in the hearts of men.

Cordoned off with barbwire by a military state that fears its power, The Zone is the destination of Writer (Anatoly Solonitsyn) and Professor (Nikolai Grinko), both of whom are guided into the dangerous no-man’s land by Stalker (Aleksandr Kaidanovsky), a tour guide of sorts with intimate knowledge of The Zone. The angry, self-loathing Writer has embarked on this journey in search of “inspiration”; Professor is determined to make a “discovery”; and Stalker, a man who finds escape from his unhappy, nagging wife (Alisa Freindlikh), and deformed child (Natasha Abramova) in The Zone, performs his duty out of a belief that it brings “hope” to his lost, wretched clients.

Aside from urban-set bookends involving Stalker and his spouse, the film concentrates on this trio wending through The Zone, a lush, green landscape littered with the burned out husks of automobiles, military tanks, and askew telephone poles no longer in use, and marked by pools of water in which can be found the debris of modern society, from syringes and calendars to a van Eyck painting of St. John the Baptist. Appearing outwardly innocuous, the trap-filled, apparently sentient Zone is dubbed “capricious” by Stalker, who leads his charges to The Room via a circuitous, invisible path that’s delineated by an arbitrary set of guidelines that (like God) can’t be seen, only sensed.

Having found the high-tech gadgets and outer-space paraphernalia of Solaris distracting, Tarkovsky here strips his sci-fi premise down to its thematic essence, barely bothering—outside of occasional electronic noises which accompany atmospheric sounds (footsteps in water, the clanking of a mechanized trolley along rusty tracks)—to affect any semblance of a “futuristic” ambiance. The plot is a coat hanger on which the director hangs oblique, open-ended philosophical, psychological, and existential ruminations about the nature of art and the essence of the human soul. Stalker proceeds as an episodic series of starts and stops, its protagonists’ forward momentum through The Zone periodically halted by contentious arguments in which initial assumptions about each character are challenged: Writer’s quest for inspiration is muddled by his self-loathing, contempt for others, and moments of nihilistic despair; Professor’s desire for knowledge is upended by the climactic revelation about his true motives for venturing to The Room; and Stalker’s conviction that his job is a righteous one—and that others derive something good and worthwhile from his expeditions—is somewhat contradicted by his own fearful refusal to enter The Room.

Subscribing to the belief that the eyes are the windows to the soul, Tarkovsky locates Stalker’s spiritual center in his protagonists’ weathered countenances. One of cinema’s greatest portraitists, he offers up a gallery of masterful close-ups, some dipped in sepia-toned bronzes, others cast in the harsh light of a cloudy morning, several obscured by dank, dark shadows. No two alike and all stunning in their formal composition and expressiveness, Tarkovsky’s visages—from the large, sorrowful eyes of Kajdanovsky and the anguished expressions of Solonitsyn to the heart-rending candor of Frejndlikh—form the emotional backbone of his heavily metaphorical tale.

Still, though his stark close-ups powerfully acquaint us with his characters’ inner turmoil, Tarkovsky regularly upsets any measure of cozy intimacy by eschewing establishing shots and comforting transitions, juxtaposing his standard setups with disorienting pans, zooms, and reverse zooms that create a mood of overwhelming physical and psychological crisis. With every constricting doorway frame and methodically choreographed camera movement seemingly designed to impart an impression of what’s being left unseen outside the picture’s edges, the alternately enchanting, austere, and bewildering mise-en-scène is frequently one of denial and disruption.

“The world is ruled by cast-iron laws, and it’s insufferably boring,” says Writer during his introductory scene, but Stalker, exuding a sense of the unknown and intangible, refutes this assertion at nearly every turn. What does the awe-inspiring abundance of import-laden details—including Writer donning a crown of thorns, an unrecognizable gold object seen shimmering underwater, a wandering dog, birds flying across a sand dune-covered room, and the supernatural final image—all ultimately mean? As tempting as it is to try to definitively interpret the film’s myriad symbols, such an analysis ultimately seems both pointless (since their intriguing appeal is directly proportional to their inscrutability) and, given the director’s refusal to posit any easily comprehendible explanations, somewhat futile.

In aggregate, however, what these various artifacts, objects, and narrative events do ultimately capture is something akin to the essence of what man is made of: a tangled knot of memories, fears, fantasies, nightmares, paradoxical impulses, and a yearning for something that’s simultaneously beyond our reach and yet intrinsic to every one of us. Is that thing hope? Faith? Or, as implied by the masterful climactic monologue from Stalker’s wife, is it simply devotion? Perhaps Tarkovsky summed it up best when he wrote about Stalker, “In the end, everything can be reduced to the one simple element which is all a person can count upon in his existence: the capacity to love.”