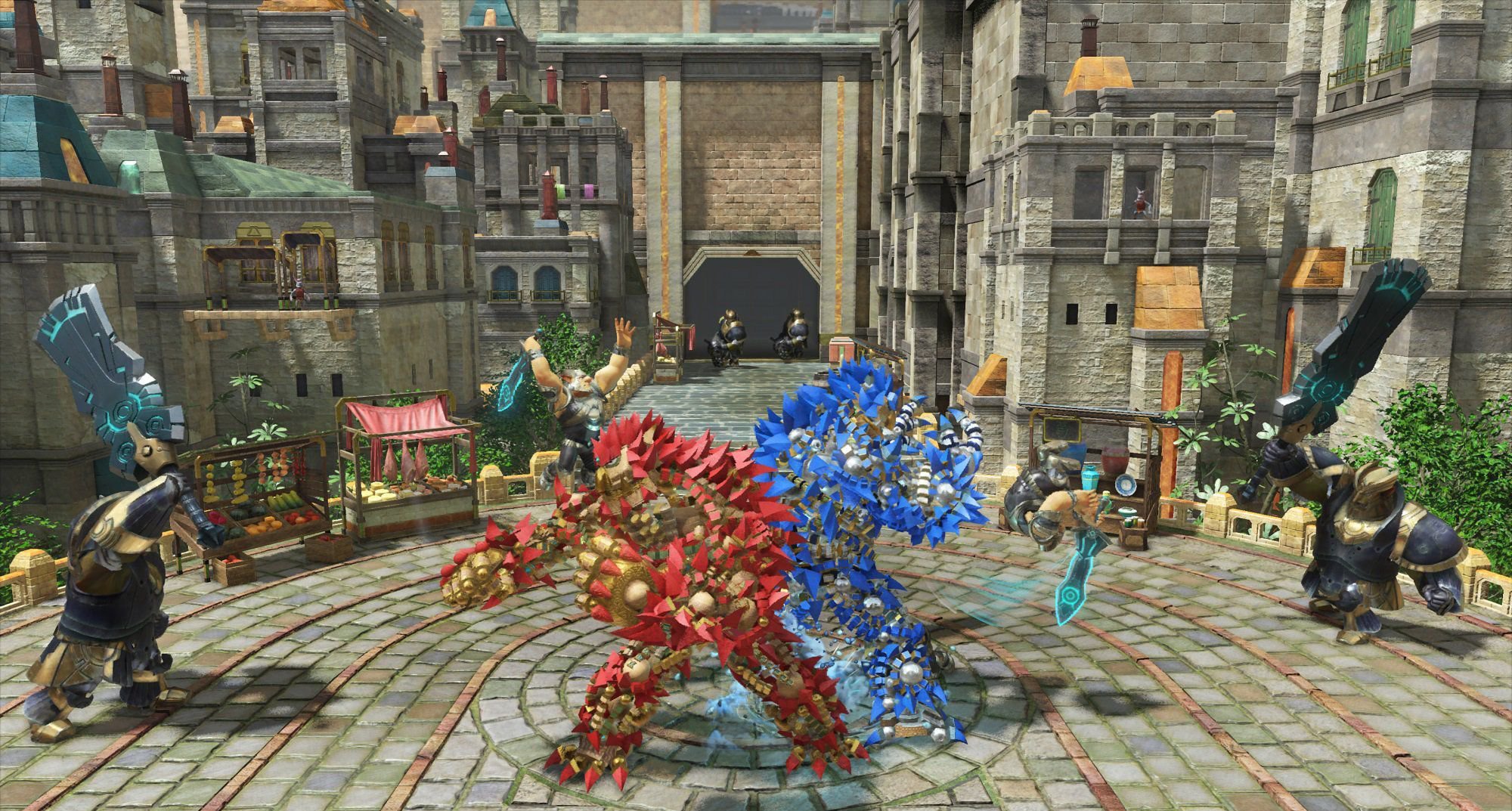 Out of all the many critics of Knack, which rushed out the door in late 2013 as a PlayStation 4 launch title, the harshest may be its sequel. Knack 2 is filled with acknowledgments of where Knack falls short, especially when it comes to combat. “It’s hard to believe you saved the world,” one character tells Knack before teaching him a new move. “All you know are three punches and a kick.” And the game’s director, Mark Cerny, is an obvious stand-in for Knack’s human sidekick, Lucas. When the action-packed narrative pauses, so as to give Lucas time to build a sturdy new vehicle out of broken parts, the scene suggests that the developers have been allowed to more than just learn from the mistakes of the past. Knack 2 may still be as derivative as the original, owing heavily to the Crash Bandicoot and Super Mario Bros. series, but the game, like Knack himself, is positively animated by the detritus it borrows and refines.

Ingenuity goes a long way toward masking the familiarity of Knack 2. In the original Knack, elements like ice and iron are used merely to bulk up Knack’s mass, helping him to grow from an adorably fragile doll-like golem to a Hulk-like behemoth that tops out at 32 feet. This time around, these substances are also used to solve puzzles. Knack can shed his ferrous outer layer to create a statue capable of holding down pressure pads; alternatively, he can drop iron bits like breadcrumbs so as to trace an electricity-conducting path between circuits. Ice obviously extinguishes flaming obstacles, but it also helps to freeze both foes and switches in place. Even Knack’s wider variety of attack moves find usefulness outside of combat. A hookshot can both unbalance foes and pull crates into position; a boomerang attack not only immobilizes enemies but can trigger far-off buttons and switches.

Knack 2’s platforming/transversal elements are also much improved by embracing Knack’s central mechanic: his two sizes. At any point—not just in his Stealth mode, or when taking damage—Knack can abandon his outer shell of artifacts and, in miniature form, find new paths through an environment. This is just an illusion of freedom, since the game often forces Knack to be a certain size in order to proceed. But it’s an effective design decision, as it adds a sense of scale to the game. Locked into his larger form, players might waltz right past a tricky set of platforms; only by shrinking down might players appreciate how Knack’s size helps to overcome such obstacles.

The new co-op mode leans into the game’s family-friendly design. Players control a version of Knack (red or blue), which means that those who find the game more challenging than its cuteness suggests can teleport directly to their partner (bypassing tricky platforming sequences) and can respawn if they die in battle (so long as their partner stays alive for long enough). Experts might not need this assistance, but they do gain the ability to make use of this second Knack to execute special co-op attacks. A heavy punch can launch your comrade into a foe for extra damage; a multi-punch combo turns one Knack’s body into ammunition for the other’s gatling-gun-like attack.

Where Knack 2 begins to collapse, however, is when it stops reinventing elements from other games and starts cannibalizing itself. This begins with a lazy, too-linear skill tree that adds little to the gameplay other than slight ability power-ups to grind away for. But things gets far worse when, after the first six hours, every clever idea is dragged up again through the mud as needless padding. The game’s undercooked story isn’t nearly creative enough to mask this self-deriving. Environments start to bleed together, whether it’s a jungle in the Highlands or the one protecting a secret island base. The game’s two nighttime infiltrations take place in wildly different locations—a fortress and a museum—that wind up looking and playing exactly the same. Each additional time that Knack flees a giant robot Titan or shrinks down to climb a series of clockwork cogs, it only cheapens the magic of those initial moments.

At least in these cases, Knack 2’s gameplay still has those first exhilarating moments to come down from. But the story has no such highlights. The villains here are so interchangeable that you’d be forgiven for missing the “twist” in which one replaces the other. Their evil plots are somehow even more generic. One of these baddies builds an Armageddon Machine, and when he’s accused of being mad (a thing not suggested until that point), he shrugs: “Yeah, I guess so.” Such one-dimensional plotting is anathema to the more carefully considered gameplay. Knack is very much a part of his environment, as his powers are used to explore, to fight, and to solve puzzles. Throw in his ability to change size, and he’s literally multidimensional. Take that meaning away and Knack 2 is just a collection of moving parts.