In a quiet opening of the classic style, Else Heart.Break()’s hero, Sebastian, receives a literal call to action when he’s offered by phone an unspecified job in the distant harbor town of Dorisburg. As Seb, the player must choose a response to the offer from the available options: one of gratitude, one of entitlement, and one of confusion, as if he never even applied. The options aren’t yes, no, and maybe, but two varying attitudes of acceptance, and something else entirely. Like Kentucky Route Zero, the conversations here have little to do with decision-making and everything to do with personality and history. To the game, what’s selected hardly matters (Seb will eventually have his adventures in Dorisburg no matter what), but to the player, what’s selected is everything. It forms reality. Whether the sincerity of Seb’s delivery is to be believed or not, well, that’s between the player and the character.

The quaint, cyberpunk Dorisburg is home to a diverse bunch, and throughout the day they organically shift according to their own daily schedules and priorities from their places of work to their places of leisure and rest in a vibrant, collective movement reminiscent of Majora’s Mask’s Clocktown—only here the days don’t repeat themselves. As the new kid on the block, one is apt to quickly abandon Sebastian’s career in soda sales—can the staffer hardly be blamed for not describing the position?—in pursuit of new friendships. The socializing is nothing more than chit-chat at bars and house parties, but after names and addresses are learned from repeated invitations and outings, there’s a sense of growth deeper than what the simple text conveys. It’s a poignantly powerful moment when Else Heart.Break() validates this feeling of camaraderie by giving the player the option to greet the group with a friendly “Yo motherfuckers”—if you’re so inclined.

But beyond party life, there’s some mysterious shenanigans going on about town, and soon the player discovers and joins the secret hacker organization brewing in opposition to the controlling Computer Ministry. Here, the game goes unabashedly meta as players are given a modifier, a tool that allows one to alter the behavior of almost anything by editing its computer code written in an in-game programming language. Feeling tired? Hack a can of beer and change its sleepiness from positive to negative to transform it into an energy drink. Can’t find the key to a door that’s just too enticing? Hack the code of any old key to computationally loop through all possible combinations. Or just connect to the door through an Internet enabled computer and unlock it remotely. The solutions to Else Heart.Break()’s programming puzzles may be binary in the literal sense, but in practice they’re anything but.

It’s not all happy-go-lucky, feel-good, computer-hacking community though. Friendships are tested as the Ministry takes bold steps to snuff out the rebellion’s strikes. The narrative, like the coding, doesn’t hold the player’s hand, and the storytelling and puzzle-solving are, for the most part, enriched by this reserved delivery. The subtle direction is slightly tarnished by minor, but frequent glitches, which make it difficult for the player to trust the game when things seem awry. Any other time, though, just rest in the palm of Else Heart.Break()’s hand, where friendship matures to love, and love to sacrifice.

Review: In Wide Ocean Big Jacket, the Magic Is in the Smallest of Details 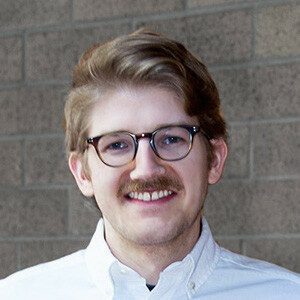 Luke Chinworth works as a web developer at Solid Digital.