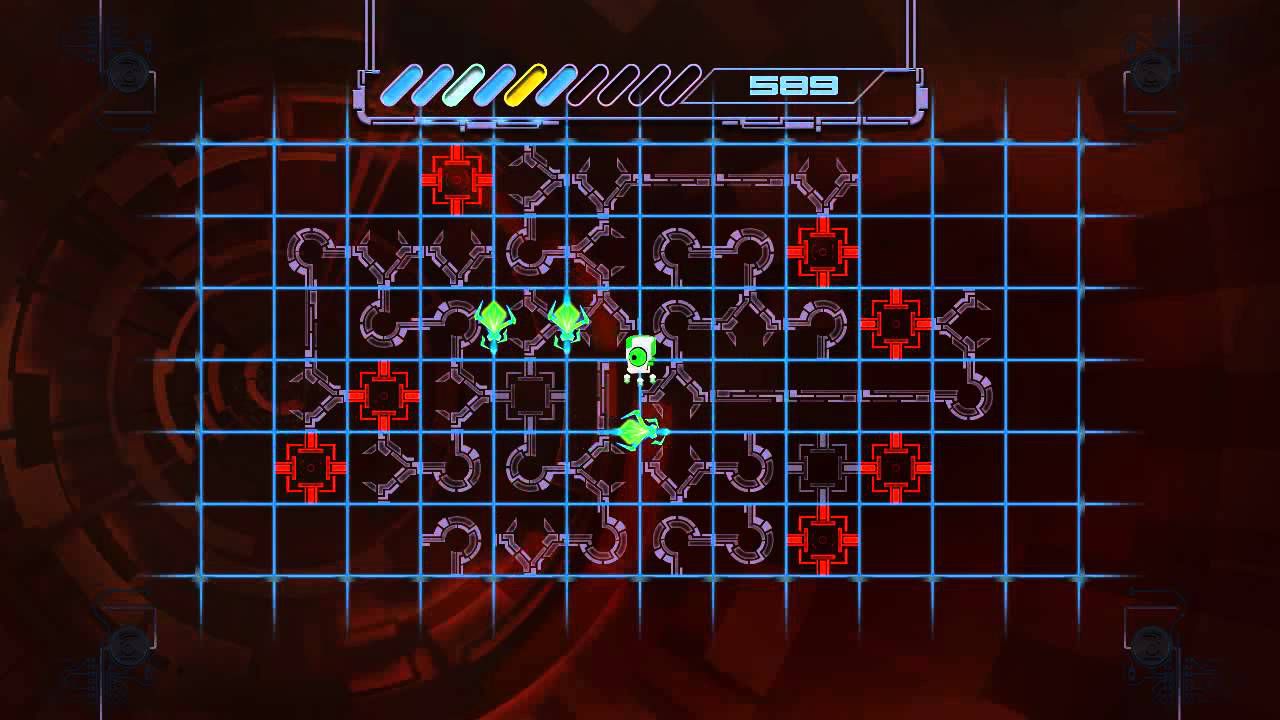 A Virus Named TOM takes place in the cyberspace of “City of the Future,” home to teleporters, hydrators, and robo-dogs, but the game’s tried-and-true mechanics are a testament to the past and present as well. This smooth, infectious title mixes and matches the tile rotation of old water-pipe puzzles with Bomberman-like explosives, and looks like a cross between Clu Clu Land and Mega Man. And, with the exception of some savage, keyboard-crushing levels late in the game (similar to Super Meat Boy), it’s a blast to play.

TOM is the viral “progeny” of mad scientist Dr. X, and his task is to wreck six different inventions, one component at a time. In each of the 54 levels, you’ll have to infect the system by spreading your virus through the system: This is achieved by connecting grid-like pathways, rotating each by moving clockwise or counterclockwise around it. However, these computers don’t belong to AOL-using grannies who haven’t the faintest idea of what an antivirus program is: As you progress, you’ll receive scathingly sarcastic emails from the corporation you’re screwing with, MegaTech, which details its ever-evolving attempts to scrub you from the system.

What begins, then, as a simple exercise in mapping out a path and completing it before your timer runs out soon turns into an obstacle course to make TRON proud: antiviral-looking spiders threaten to block your path, encrypted squares hide the direction of a given pathway until you’ve spread your infection to them, and red zones must be left unconnected, lest they neutralize you. In the toughest of levels, you’ll have to trick the computer into infecting itself, by causing an antivirus to collide with a blue trojan, a maneuver executed by dropping stunning glitch bombs in their paths. In addition, more competitive players can further attempt to boost their scores by narrowly evading the anti-viruses; casual gamers need not attempt the memorization required of these brutally precise speed runs. (Either way, you’ll want to finish the single-player game first, as TOM doesn’t begin with all of his skills.)

In addition to the main campaign, there’s also (a la Portal 2) a unique co-op mode, as well as a fun area-control multiplayer game. It’s unfortunate that both are limited to local play at the moment, but that’s no reason to hang up your black hat: It’s an excuse for you to infect a friend.