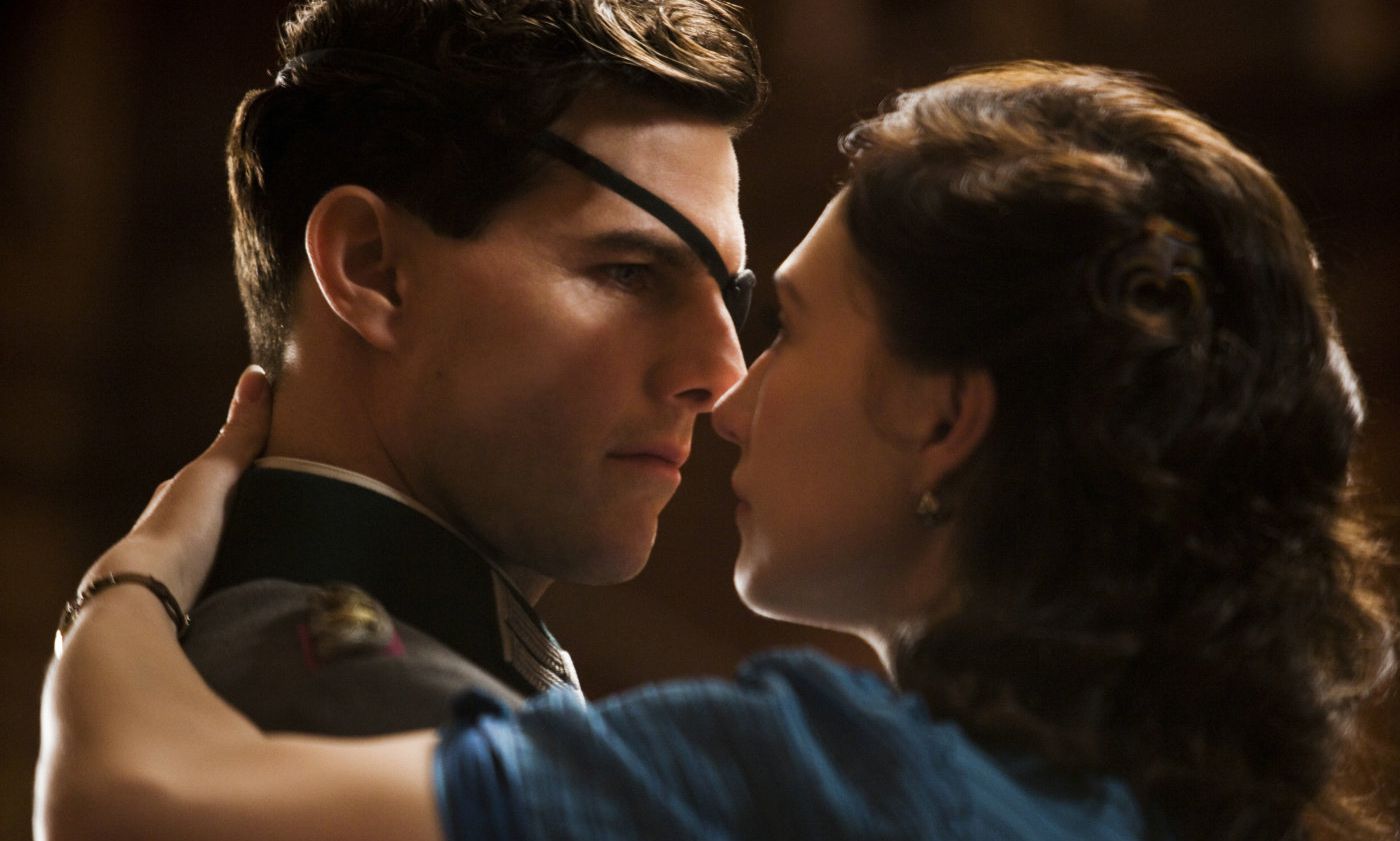 “Vee hav to keel Hitla!” declares German Colonel Claus von Stauffenberg (Tom Cruise) in Valkyrie, except that, thanks to director Bryan Singer’s decision to forgo country-specific accents, the statement comes out in the familiar English voice of Tom Cruise. Such an approach couldn’t be more ill-advised, as the result is a Deutschland-set saga in which it seems like an American actor and his band of British costars (Kenneth Branagh, Bill Nighy, Terence Stamp, Eddie Izzard, and Tom Wilkinson) conspire during WWII to overthrow Der Führer and restore honor and dignity to the Fatherland, a situation that stymies, to the point of embarrassment, serious engagement with the breakneck espionage action.

Alas, incongruous vocal intonations aren’t even the most significant problem plaguing Singer’s film, what with Cruise—missing a hand and saddled with an eye patch, making him seem like a National Socialist pirate—apparently engaged in a contest against himself (and cinematic history) to see how long he can hold the same, intensely resolute expression, and the answer unfortunately turning out to be 120 minutes. Valkyrie’s across-the-board miscasting (and accompanying one-note performances) doesn’t do the story any favors, but then again, neither does Christopher McQuarrie and Nathan Alexander’s script, which skimps on character relationships and motivations—aside from implausibly casting every other Nazi party member as a closet Hitler hater—in favor of configuring the tale as a straightforward thriller.

Stauffenberg’s attempted coup might have, in theory, provided fertile ground for a character study about the struggle to reconcile duty with ideals, but it definitely isn’t sturdy enough to support the filmmakers’ rather conventional suspense-yarn treatment, since, given that the unsuccessful outcome of Stauffenberg’s scheme is well-known from the start, the burden for generating tension is placed not on narrative mystery but merely on plot machinations. Singer’s orchestration of his clandestine-bomb centerpiece is reasonably taut, yet his efficient if nondescript directorial style isn’t anywhere near rousing enough to engender audience amnesia about the unavoidable failure in store—nor, ultimately, to distract attention away from his inexcusable squandering of an electric Carice van Houten, who as the perfunctory Mrs. Stauffenberg receives less time in the spotlight than her leading man’s hand stump.

Review: The Secret of the Grain