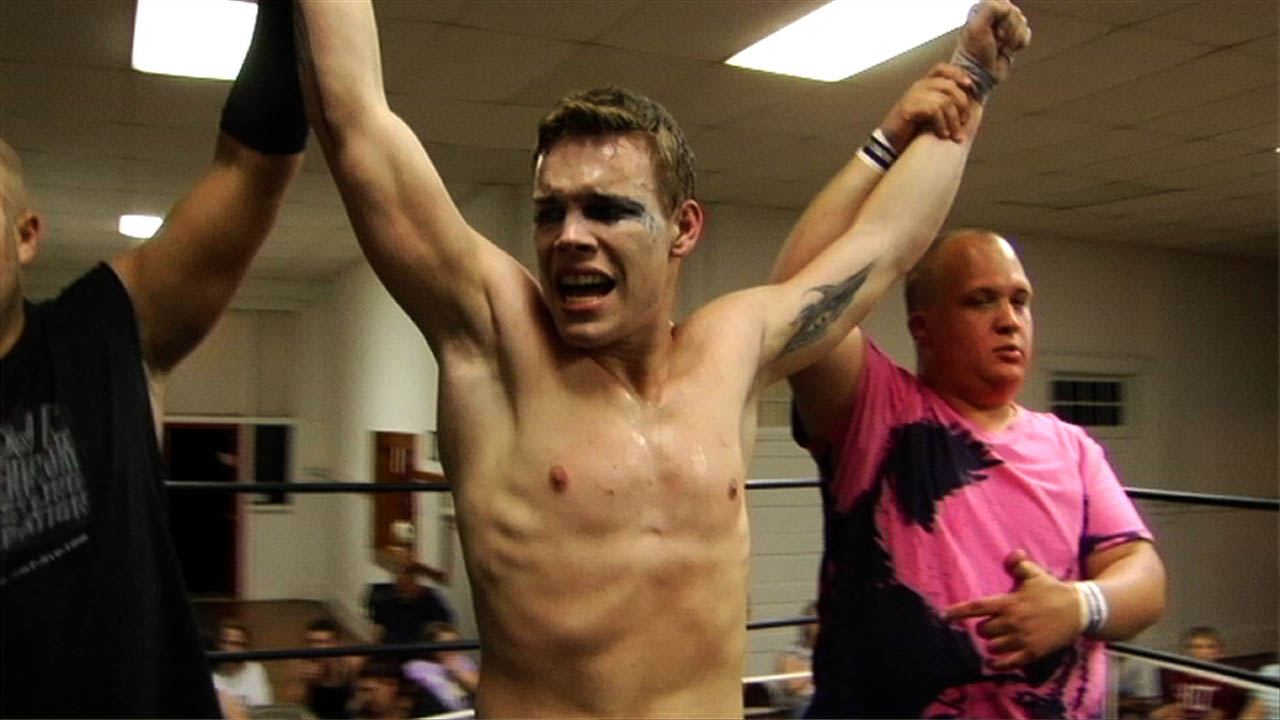 A surprisingly welcome respite from the shimmering hi-def images of most of this year’s True/False docs, the grainy, autumnal hues of Robert Greene’s Fake It So Real offer a nice counterpoint to the bleating that opens the film. Greene’s follow up to last year’s indelible, uncommonly gentle Kati with an I begins with a sequence of close-ups of minor-league professional wrestlers in roomy chokeholds and bogus pain.

As he did with Kati with an I (starring his half-sister), Greene shot most of Fake It So Real (co-starring his cousin) in just a week. It’s set in rural North Carolina, among a group of big-gunned, kindhearted wrestlers who put on biweekly shows in churches and grange halls. It is, in the wake of The Wrestler, almost too much of a no-brainer of an idea for a documentary, but there’s no drug abuse and there are no staple guns in this film. (In fact, the wrestlers pride themselves on being a family-friendly alternative to other leagues in the state.) Amid the chokehold montages and extended conversations of the cast discussing and tiptoeing around homophobia, Greene’s film is imbued with empathy.

Though its framing device (counting down the days until the next fight night) makes the film feel unnecessarily baggy at times, Greene, in the wet-behind-the-ears newbie Gabriel Croft, has found a character with an arc strong enough to shoulder the film. Lean and fit where his colleagues are burly, Gabe struggles to build a rapport with the other wrestlers while forging a memorable in-ring persona and literally learning the ropes (the collaboration inherent in choreographing an exciting match is fascinating). The character he’s working on, the angel Gabriel, toots a fake trumpet with a gesture identical to a patron signaling a bartender for another beer; Gabe’s eagerness to fashion an elaborate wardrobe leads to much ribbing from other wrestlers.

Most of Fake It So Real’s other characters have great personalities, and some have weird or inspiring backstories (one guy’s on probation, another has asthma, another lacks a belly button) that help to illuminate the surprising comfort they find in this sport, an oddball’s cathartic therapy. But Gabe, constantly and hilariously isolating his pals to interrogate them about his performance, leads the film to a triumphant, ball-busting climax.

Preaching to the Schlock Choir: Herschell Gordon Lewis: The Godfather of Gore