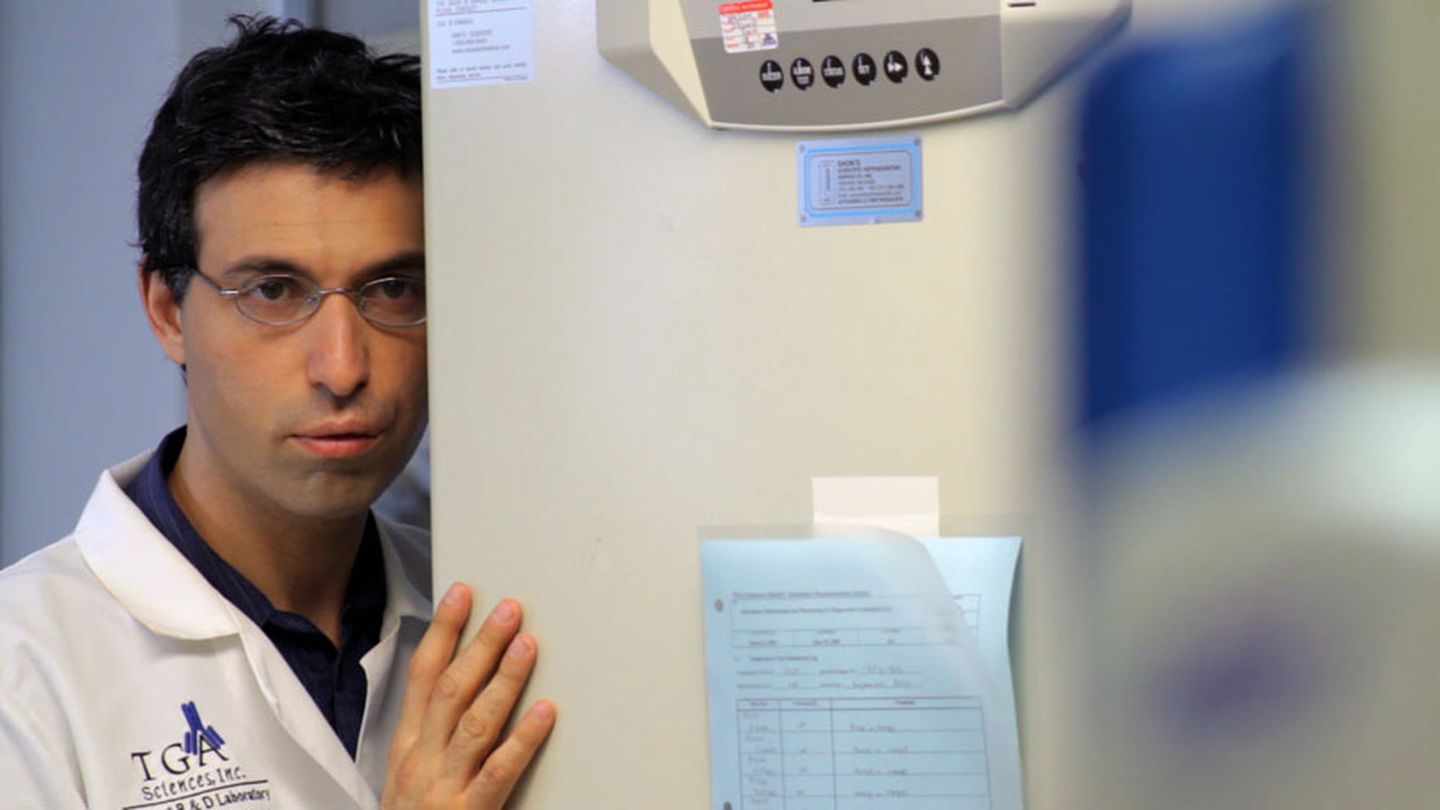 Though the title of Alex Karpovsky’s new film takes on a literal meaning its final moments, it also applies metaphorically to Rubberneck as a whole—not only to the circumstances surrounding its main character, Paul (played by Karpovsky himself), but also to the unsettling aura of psychological disturbance it instills in a viewer.

Paul is a man unable to shake the memories of the one sexy weekend he had with a female co-worker, Danielle (Jaime Ray Newman), a weekend that ends unceremoniously with her expressing—not directly, but in so many words—her lack of romantic interest in him. The fact that, eight months later, he continues to work in the same building with her naturally increases his obsessive feelings, which shade into jealousy when he witnesses her reciprocating the romantic advances of another male co-worker. This incident, though, is merely the latest manifestation of deep-seated childhood traumas that continue to exert a hold on him in adulthood; the filmmakers leave these stresses tantalizingly vague throughout—something to do with Paul’s own broken family and a mysterious basement.

The film’s dramatization of Paul’s psychological “rubberneck” doesn’t just lie in these literal details, however. With the help of Beecher Cotton’s precise camerawork and, especially, James Lavino’s evocative electronic score, Karpovsky skillfully weaves an aura of disturbance in just about every scene, right down to the most mundane of dialogue exchanges. Karpovsky’s own performance adds to the cumulatively disquieting effect; though mostly known for acting in indie comedies (Beeswax, Tiny Furniture, Sleepwalk With Me, among others), here he ably steps into the role of an introverted, tightly wound medical scientist, smoothly underplaying the character in ways that pull us into this unsavory character rather than push us away. (Really, Paul isn’t too short a step from the creeps Karpovsky has played in some of that aforementioned lighter fare.)

All of this keeps Rubberneck intriguing and absorbing most of the way through—at least up until its last 10 minutes, when Karpovsky, it seems, feels a need to explain his character’s psychosis through a twist ending that feels a bit too cheap and tidy to be completely convincing. Though unfortunate, this 11th-hour misstep isn’t enough to negate the virtues of the rest of the film, which, at its best, works as a masterfully sustained, dark-toned mood piece.