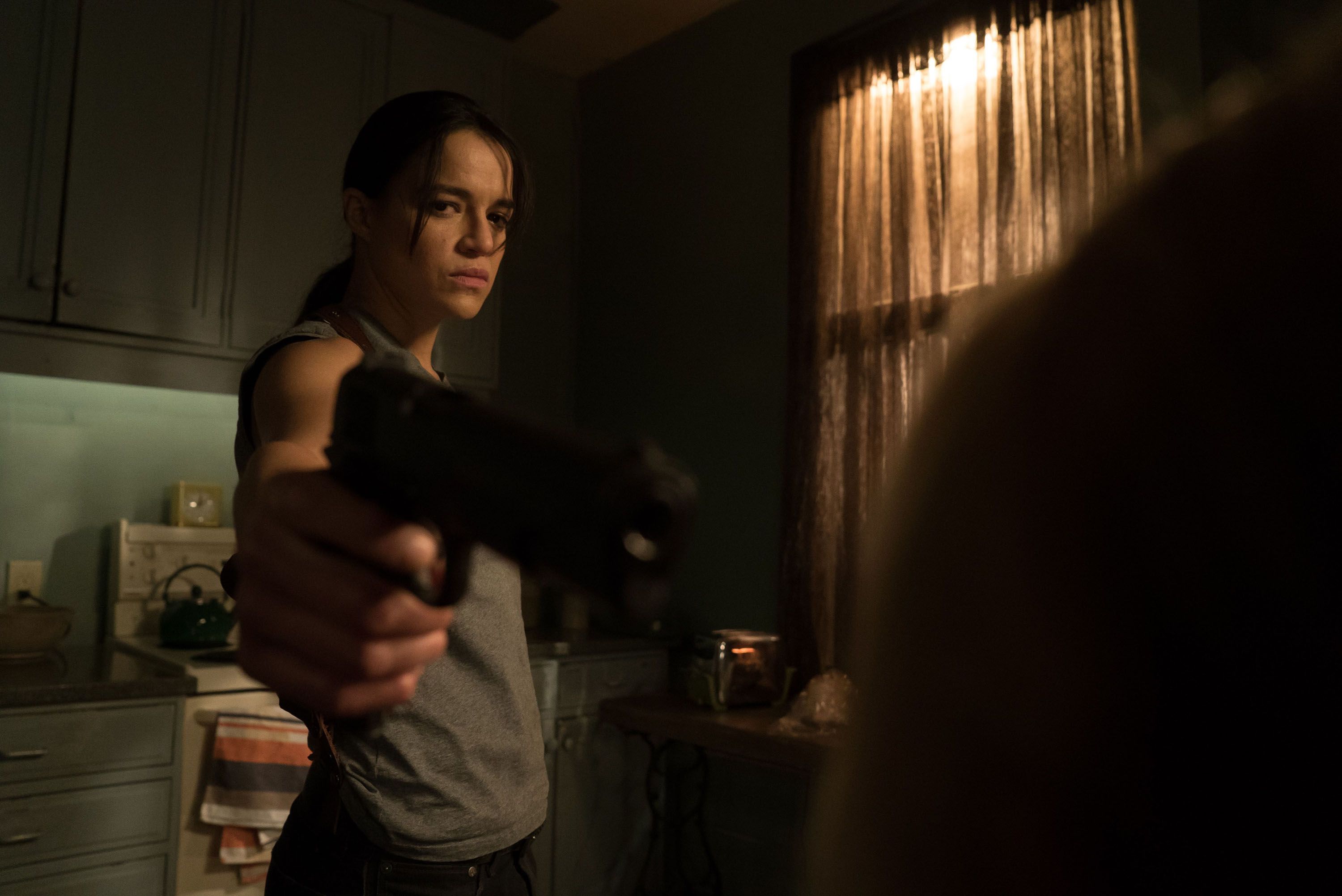 Walter Hill’s first feature film since 2012’s Bullet to the Head is, like much of the finest pulp fiction, designed to shock. To wit: Did you hear the one about the rogue surgeon who turned the hitman into the hitwoman? What a hook! And what a lurid, tattered paperback it would make, though Hill treats the story more like an underground comic book, complete with transitional sequences featuring exaggerated thought bubbles and garish splash panels.

Sensitivity, at least of the calculated sort, doesn’t enter into the proceedings. The film’s as steely as Sigourney Weaver’s Dr. Rachel Kay, a sort of Hannibal Lecter by way of Marlene Dietrich who liberally quotes Shakespeare and Poe, and has a monomaniacal disdain for most of humanity. But as she tells the smug head psychiatrist (Tony Shaloub) of the mental hospital where she’s imprisoned, the main target of her ire is assassin Frank Kitchen (Michelle Rodriguez), who murdered her brother (Adrian Hough) several years before. The doctor’s elaborate revenge culminates in the bearded, virile Kitchen given forced gender reassignment surgery. And then the counter-revenge begins.

Rodriguez plays both the male and female versions of Kitchen, in a performance that’s the scuzzy flipside of Vanessa Redgrave’s imaginative, compassionate work as trans tennis player Renée Richards in the 1986 television movie Second Serve. There’s a bit of Frankenstein’s monster and his Bride in the way Kitchen reacts to his new female anatomy—alternately horrified and fascinated, a career slayer suddenly forced to reevaluate his/her code of (dis)honor. Hill’s oeuvre has always had a philosophical bent; at their best, his films tweak machismo and its offshoots in provocative ways. Think of the displaced national guardsmen curiously scrutinizing the “steel pussy” man-trap in 1981’s Southern Comfort, or the way Ian McShane’s abusive saloon owner Al Swearengen warms to Paula Malcomson’s prostitute Trixie over the course of the pilot episode of HBO’s Deadwood.

A key scene in (Re)Assignment sees the newly female Kitchen holed up with kindly nurse Johnnie (Caitlin Gerard). Some tender foreplay follows, though Kitchen is at a loss as to how he can make love as a she. Without missing a beat, Johnnie tenderly replies, “You’ll do fine.” Hill specializes in these moments of human connection—the grounding emotions amid the sensational artifice. He’s found a perfect vehicle with (Re)Assignment, which he co-wrote with Denis Hamill, to explore his frequent obsessions.

The dialogue is entertainingly hard-boiled, and the performances knowing without ever being arch. (Weaver is especially terrific in all her scornful, pantsuited finery.) And though the settings are spare (typically there’s no more than three people in any given scene) and the camerawork economical, the film never feels cheap because Hill approaches it with an old-hand confidence similar to Francis Ford Coppola and John Carpenter’s recent low-budget, late-career efforts, Twixt and The Ward, respectively.

Great artists dare to offend, or at least risk offense, and there’s no doubt that (Re)Assignment will gall many viewers—the trans community, especially—because of its cocky surface and its scandalizing central conceit. But not all exploitation films are necessarily exploitative. If anything, the brazen outrageousness of such works has the potential to bring us closer to essential human truths, or at least force us to grapple with the contradictions of living in an ever-shifting world. The contextual burden is on Hill, and there’s enough specificity—of emotion, of tone, of perspective—in (Re)Assignment to suggest he’s in no way making some broad, insensitive statement about a group of people, so much as he’s illuminating a single character’s crisis of faith, and the radical revelation that results.

Review: Beauty and the Beast