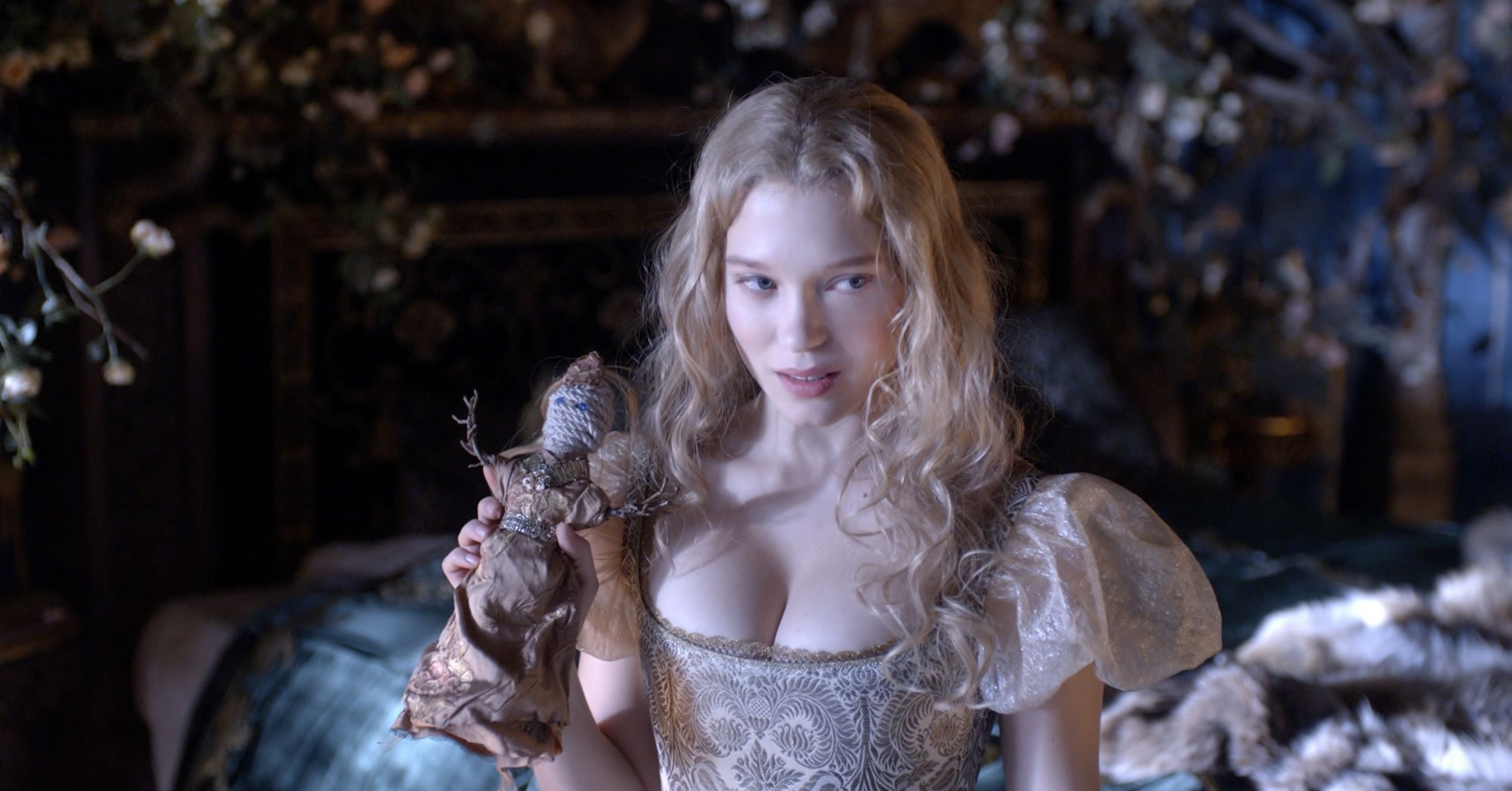 Christophe Gans’s telling of Beauty and the Beast abounds in impersonal and unsatisfying sumptuousness, offering neither the feral erotic intensity of Jean Cocteau’s classic film, nor the lush, moving sentimentality of the animated Disney production. Gans doesn’t appear to have an individual take on the legendary fairy tale, moving instead through the familiar narrative beats, offering eye candy that fails to resonate with any singular purpose. (The playfulness of Gans’s Brotherhood of the Wolf and the irrational imagery of his adaptation of Silent Hill are nowhere to be found.) This Beauty and the Beast is dutiful, competently staged, and little else, suggesting the corporate non-poetry of Tim Burton’s least inspired films.

The story remains essentially the same. Belle (Léa Seydoux) meets Beast (Vincent Cassel) after Belle’s washed-up merchant father (André Dussollier) tangles with the Beast over the picking of a rose on the latter’s enchanted grounds. The Beast gives the merchant an ultimatum: Visit your family one last time and return to die for me, or I will kill your family. Belle, though, travels to the Beast’s mansion in her father’s place, and they initiate a romance that expresses an uncomfortably explicit element of gender subjugation. Belle sells herself off for her family in the tradition of women in marriages across countless cultures.

The fascination of adaptations of this story, then, has often sprung from watching artists wrestle with the tale’s inherent mix of romantic wish fulfillment and symbolic sexual slavery. Cocteau embraced the contradictions existing between conventional notions of actualization and desire; Disney papered over the politically unsavory implications per their wont; and Gans concerns himself with pageantry and a literal-mindedly thudding action climax, which could’ve been lifted from Snow White and the Huntsman, Jack the Giant Slayer, or other already forgotten fairy-tale blockbusters.

The Beast’s mansion and surrounding grounds are gorgeously rendered, abounding in a variety of landscapes, chambers, bridges, and thorny forests, and the filmmaker is adept at tying the compositions together into a spatially coherent whole. Watching Gans’s Beauty and the Beast, you may feel that you know the Beast’s grounds well enough to stroll around within them. But the settings haven’t been imagined as a reflection of the Beast’s id, or of his bitterness, loneliness, stifled entitlement, and sexual frustration. He’s a man under a curse (the origins of which have been changed here, in the film’s most moving scene), and his sense of self-hatred and imprisonment within his own body, which even the Disney film was willing to explore, is barely plumbed by Gans in emotional terms. The sets are just that, with a heavy dollop of uninspired, computer-generated MSG.

Seydoux and Cassel also have fatally little chemistry, which comes as something of a shock considering their respectively combustible and highly sexualized presences. Seydoux manages the toughest task of playing Belle, elucidating the character’s goodness and purity without scanning as a naïve fool, and the lack of irony in her acting is poignant. Because this Beast has been drained of most subtext, Cassel has little to do but strut around self-pityingly, which dulls his stature as a commandingly cocksure performer. Together, Seydoux and Cassel have nothing to play, as their romance is accepted by Gans as inevitable. The process of Belle discovering the Beast’s obscured humanity is elided; as staged, she seemingly wakes up one morning realizing she’s in love with her captor. The film’s romance feels less like love than Stockholm syndrome, which is a potentially terrific take on the material—if Gans hadn’t arrived at this implication seemingly by accident.