As a teenaged orphan bootstrapping through the Great Depression, William Castle hustled his way into the Hollywood film industry by way of the Broadway theater, fudging his résumé and bluffing about professional connections at every turn. (For one extended period, he pretended to be the nephew of movie mogul Samuel Goldwyn.) Castle quickly ascended the professional hierarchy, along the way endearing himself to the likes of Béla Lugosi and a pre-Citizen Kane Orson Welles. Had he not set his sights on the klieg lights of Tinseltown, this irrepressible huckster might have founded a used-car empire, revolutionized the kitchen appliance industry, or established himself as America’s bestselling self-help guru. With his common touch and uncommon tenacity, Castle was destined for some life of low-rent royalty. But this born impresario plied his talents at moviemaking, eventually rising above the anonymous ranks of B-picture journeymen to become the most beloved schlockmeister of ’60s America. His 1976 autobiography, Step Right Up! I’m Gonna Scare the Pants off America, reads like the funniest novel Horatio Alger never wrote.

More than three decades after his death, the legacy of William Castle still burns as brightly as a Fourth of July fireworks display. Following 2007’s laudatory docu-profile Spine Tingler: The William Castle Story and last year’s release of an eight-film DVD box set, Film Forum has programmed a greatest-hits retrospective (Aug 27 to Sep 6) and they’re giving the series the full bells-and-whistles treatment. Castle’s teen-market horror-thrillers may not be “art.” Hell, many of them aren’t even “good.” But they’re improbably, often poignantly, personal films by a man who genuinely treasured the enthusiasm of his youthful fan base. More than that, they’re pictures that are just really, really fun to see with a live audience. Known affectionately as “The King of the Gimmick,” Castle masterminded a succession of high-concept absurdities, gimcrack giveaways, and deliriously creative marketing campaigns that transformed his somewhat inertly directed shock-schlock efforts into contagiously carnivalesque riots.

For 1958’s Macabre, Castle took out a $1,000 life insurance policy with Lloyd’s of London in the event that audience members were to suffer fright-induced heart attacks. No one actually died, of course, but it made for great publicity. His follow-up effort, House on Haunted Hill, pioneered the “bone-chilling” Emergo process, in which a plastic skeleton appeared within the actual theater at the film’s climax, zip-lining over the heads of gobsmacked and gut-busted audiences. “More startling than 3D!” declared the promotional materials—a characteristically (and to me, hilariously) ballsy act of ballyhoo from a man who ended every other sentence with the phrase “…for the first time in motion picture history!”

Audiences for the 1960 Vincent Price vehicle 13 Ghosts were presented with bifocal, cellophane-filtered “Ghost Viewers” that came into play during several color-tinted set pieces. Gaze at the screen through the red filter and you saw the spectral superimpositions of ghouls terrorizing a frightened family; look through the blue part and you saw hammy actors flailing wildly in empty rooms. Fun, right? But Castle engineered his greatest gimmick for Price’s encore effort, The Tingler, a cheapo creature feature named after the centipede-like monster that materializes in the spines of the frightened, packing enough power to crack open their vertebrae but instantly dissipated as soon as the human host screams. Repurposing tiny motors designed to prevent ice formation on the wings of jet planes, Castle invented Percepto, rigging theater seats with remotely controlled vibrators that buzzed viewers’ bottoms at key moments in the film. God only knows many pubescent teenagers spontaneously ejaculated in their pants. The gimmick for Mr. Sardonicus involved glow-in-the-dark, thumbs-up/thumbs-down cutouts that allowed the audience to decide, Roman Emperor-style, whether the conquered villain would live or die. Though the technical limitations of reel-to-reel projection made the possibility of alternative endings logistically impossible, Castle shrewdly calculated that audiences would never willingly choose mercy. Human nature obliged.

Tweaking Alfred Hitchcock’s phenomenally successful Psycho, Castle helmed his own gender-bending slasher film, Homicidal. The movie delivered not one but three gimmicks, the last of which can’t be revealed without spoiling the ending. The first was the Fright Break, in which a stopwatch graphic ticks down 45 seconds to “allow anyone to leave this theater who is too frightened to see the end of the picture,” as Castle explains in a direct-address voiceover. (Beat that, Brecht!) Leave your seat, however, and you’d have to endure the horrors of gimmick number two: Cowards’s Corner, a prominently positioned booth in the lobby where a nurse (really, a girl in a nurse’s uniform) would monitor the fragile viewer’s vitals as the gawking audience streamed by.

On the heels of 1962’s surprise success Whatever Happenned to Baby Jane?, the gothic horror from director Robert Aldrich that reignited the careers of aging icons Bette Davis and Joan Crawford, Castle helmed a pair of “hag horrors” himself. Straight Jacket starred Crawford as a rehabilitated axe-murderess reunited with her long-estranged daughter. If you’ve never really understood the appeal that Crawford has had for generations of female impersonators, I recommend you check out this film (“When I put those clothes on, something happens to me!”). Intended as a gimmick-free foray worthy of its star’s gravitas, Castle second-guessed himself at the last minute and distributed blood-gilded paper axes at screenings. His follow-up effort, The Night Walker, stars Barbara Stanwyck as a recently widowed woman who is visited each night by a handsome dream lover—or is he a dream? Reuniting Stanwyck with Robert Taylor, her real-life ex, was an act of stunt casting that worked out quite well. Their effortless chemistry elevates Castle’s almost engaging psychodrama, an unusually ambitious, almost arty thriller that sort of feels like the lost student film of Brian De Palma.

For Castle completists, the retro’s highlights are a handful of rarities from the decades before he began producing his own work. There are three of Castle’s four entries in The Whistler franchise—a series of well-reviewed star vehicles for the largely forgotten movie star Richard Dix—and a pair of 3D Technicolor westerns, Jesse James vs. the Daltons and Fort Di. I’m most excited for the single screening of When Strangers Marry, a noirish domestic thriller starring Kim Hunter and Robert Mitchum. I don’t know anyone who’s seen the film, but the approval of Orson Welles (“One of the most gripping and effective pictures of the year”) and James Agee (“I have seldom seen one hour so energetically and sensibly used in a film”) is more than enough enticement.

I feel professionally obligated to warn readers of the very real possibility that William Castle’s ghost may return to haunt this retrospective. Be alert for the smell of stale cigar smoke, the brush of a cheap suit sleeve across the back of your neck, and make sure to notify the nearest usher immediately. And please, whatever you do, don’t forget to scream.

Presented by Film Forum, “The Return of William Castle” runs from August 27 to September 6. For more information click here. 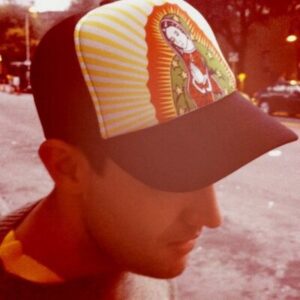