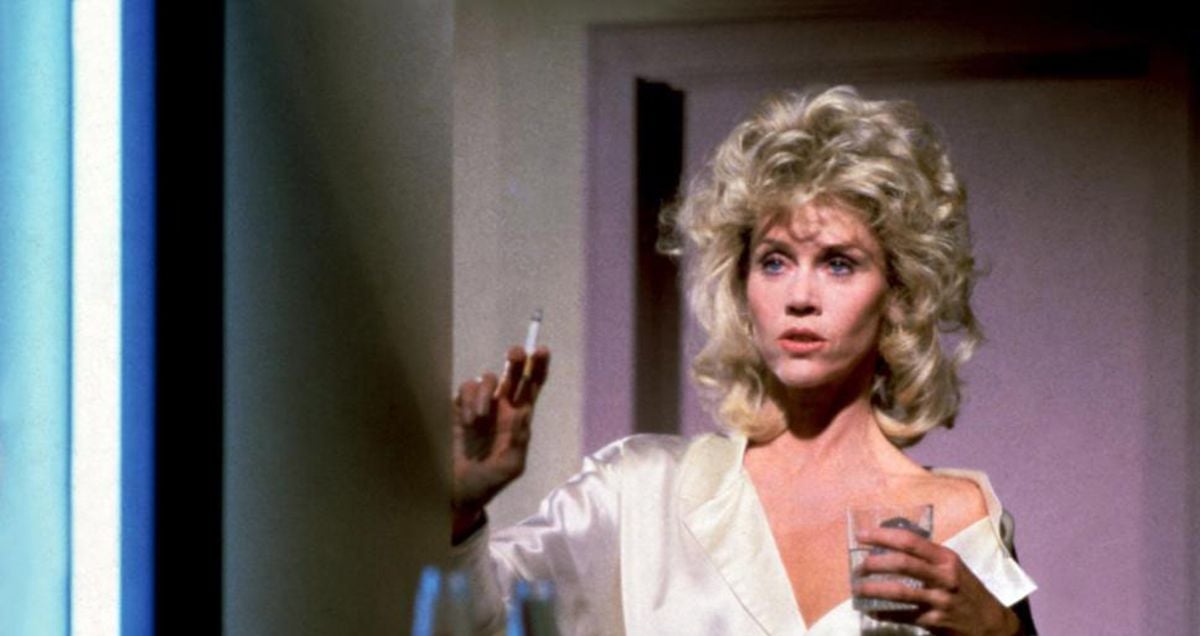 The opening of The Morning After is fairly intriguing: blond, glamorously gone-to-the-dogs Jane Fonda wakes up next to a dead man with a knife in his chest and can’t remember who he is or what she is doing with him. As Alex, a washed-up alcoholic B actress, Fonda’s throaty voice seems familiar with the bottom of a thousand liquor bottles. Unfortunately, this inept LA noir turns contrived and ridiculous once she leaves the murdered man’s loft and cadges a drink from her favorite barkeep (Bruce Vilanch!). She hams it up to try to get a flight out of town, then meets dream man Jeff Bridges, who tolerates her emphatic snarling, tearful self-pity, and continual boozing because the script says he has to. “They were grooming me to be the new Vera Miles,” boasts Fonda. “The new who?” asks Bridges. Fonda is bemused: “I was supposed to replace somebody the audience didn’t even know was missing!” Such exchanges skirt camp, and so does the best moment in the movie: Bridges brings Fonda a newspaper with her picture and a story about the murder. “You’d think they’d mention the one fucking good film I’d made!” she fumes. But Fonda and Bridges have genuine chemistry, and they make you care in spite of their impossible dialogue. Sidney Lumet directs wearily; as a thriller, it’s full of holes. As a small character study about a drunk never-was and a sweet ex-cop, it’s not bad. Fonda has fun with this loser, but Alex is only an echo of her great loser heroine, Gloria in They Shoot Horses, Don’t They?