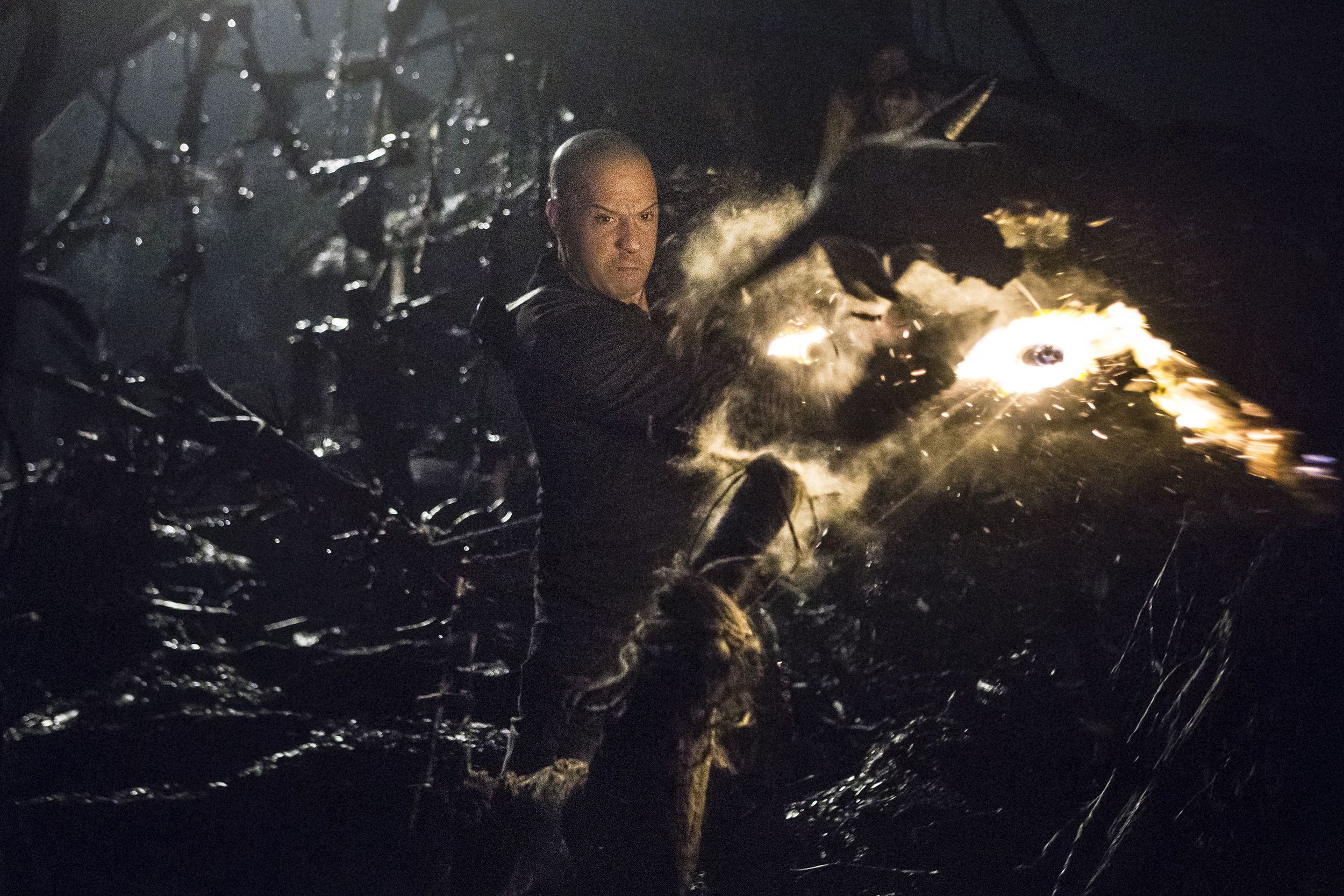 During an age in which mainstream Hollywood entertainment seems fueled wholly by endless comic-book franchises and nostalgic resurrections of old television shows and even novels, one is almost tempted to embrace The Last Witch Hunter sight unseen simply for not being based on preexisting material—for being able to express itself without having to be too weighed down by audience expectation. The surprise of the film, then, is that it succeeds, at least during its first half, in enveloping audiences in a world that’s intriguing in its uniqueness, creating as it does a mythological universe from the ground up and filling it with enough colorful detail to make it feel truly immersive.

Though the film mostly takes place in modern-day New York City, the setting is one in which witches live among us, wearing plain clothes and looking like any other human being. The story’s refreshing disinterest in conforming to the conventions of genre is evident from the start: According to the script, witches dominated the land before humans came along and sparked a violent conflict—exemplified by the witches’ deadly secret weapon, the Black Death—between the two groups during the Middle Ages. Witches still remain in the present day, and it’s the job of the titular witch hunter, Kaulder (Vin Diesel), to capture them and bring them down to be tried and convicted in an underground witches-coven prison system. Even the witches’ powers defy genre standards: Some witches, like Kaulder’s eventual sidekick/love interest, Chloe (Rose Leslie), are able to enter a person’s dreams and alter their perceptions.

The film’s nuttiest conceits evince the childlike delight director Breck Eisner and company obviously felt in bringing them to fruition, such as the monster that sucks in and houses all the witches that Kaulder catches, or the spell which fools a young girl into seeing a tree with Gummi bears as leaves. The Last Witch Hunter, then, has enough ingredients for a reasonably entertaining fantasy adventure—except, that is, for an interesting lead character with an emotionally compelling hook. Cursed with immortality by the Witch Queen (Julie Engelbrecht) back in the Middle Ages, Kaulder has now spent around 800 years slaying witches. Still pining for the wife and daughter, from whom he was separated centuries ago, and exuding a general air of world-weariness from all the evil he’s witnessed during his time on the planet, he walks in the stock footsteps of many a loner before him.

Diesel’s stiff performance offers a painful reminder that the action star is infinitely more palatable as an actor when allowed to tap into a sense of self-aware humor. Seeing him try to brood and glower his way through The Last Witch Hunter, one realizes just how lacking in emotional resources he is in suggesting any sense of an anguished and desolate inner life. Diesel’s lifelessness, in effect, flies in the face of the film’s more original and ultimately transitory surface pleasures, and it’s such that the ending’s implicit promise of a sequel is bound to inspire more dread than anticipation.