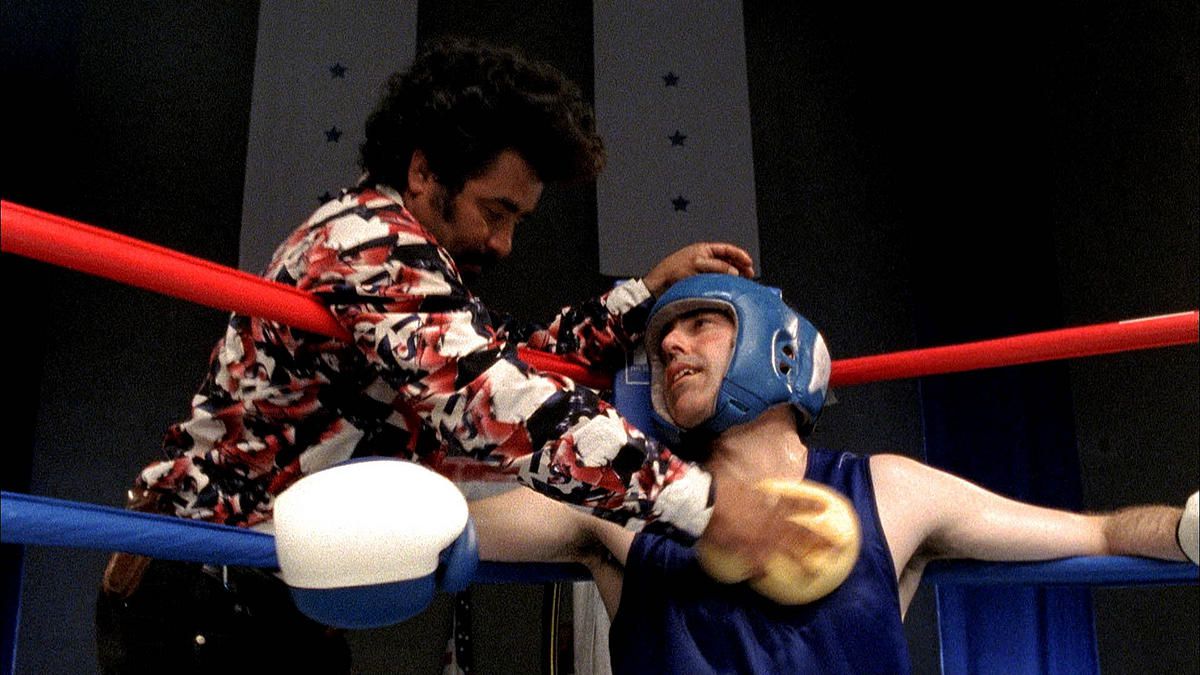 Remaking Rocky Balboa as a comedy isn’t a half-bad idea; remaking it as a comedy starring Adam Carolla, the dreadfully unfunny former host of Loveline and The Man Show, most certainly is a terrible one. In this listless film by director Charles Herman-Wurmfeld, Carolla plays Jerry Ferro, a 40-year-old former golden gloves champ who loses his job at a construction site—because of a dumb prank played on his jerk boss—and stumbles into a shot at recapturing boxing glory by competing for a spot in the Olympics. Carolla’s in-ring moves are surprisingly serviceable, but the script (by Kevin Hench, from a Carolla story) is recycled nonsense, a preposterous achieve-your-dreams saga in which Ferro finds self-respect through training, successfully woos a public defender (Heather Juergensen), earns the respect of an African-American fighter (Harold House Moore), and then whoops that African-American fighter in a climactic fight, which earns him even more respect from said individual. Meanwhile, he’s accompanied along this fairy-tale journey by a chubby, dimbulb Nicaraguan named Ozzy (Oswaldo Castillo) with a bushy moustache, thick accent, and strange eating habits (he loves cactus!) who’s drearily modeled after Napoleon Dynamite director Jared Hess’s trademark Latino sidekick characters. Still, Ozzy’s foreigners-are-weird shtick is twice as bearable as Carolla’s raft of one-liners, which address such not-hilarious topics as slow drivers and the La Brea tar pits, and the absolutely abysmal quality of which is epitomized by his riffing on chi by referencing both Chi Chi Rodriguez and Chia Pet.

Ang Lee’s The Ice Storm on the Criterion Collection