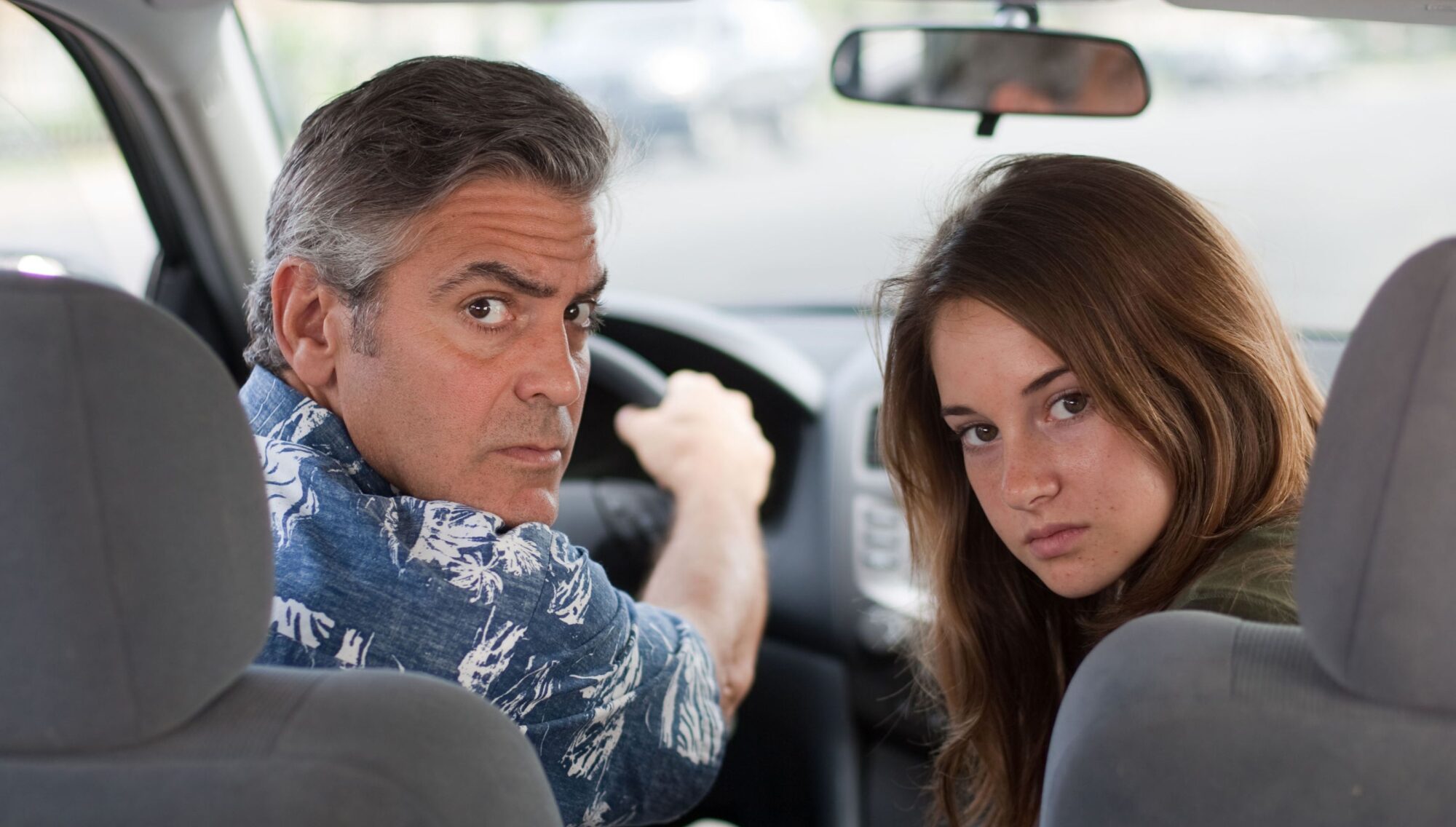 On the basis of About Schmidt, you’d think Alexander Payne (and his writing partner, Jim Taylor) had a problem dealing with grief. Early on, when Jack Nicholson’s newly retired Warren Schmidt discovers that his wife has died while he was out, Nicholson’s reaction is heard, not seen, and when his crying jag is reprised, late in the film, catalyzed by a letter from the African orphan he adopted, and whom he’s never met, the camera leans into his face, aiming for blunt simplicity, instead getting a distorted mask of humiliation, like something out of a Todd Solondz film. Between these two markers, About Schmidt goes in the direction I had worried Election and Citizen Ruth were sometimes heading, but was glad they avoided: caricature-based comedy of social and domestic discomfort, with About Schmidt reaching its nadir when Kathy Bates’s nude body is used to get a laugh.

Seven years after the Academy Award-winning Sideways, Payne has made not only what may be his best film, but one of the very best films on the subject of grief. The Descendants, among other things, tells the story of a family dealing with loss—their emotions, yes, but also the logistics of bereavement, the complications, and the way grief seems to recolor one’s surroundings, invisibly but palpably. It has an enormous, rich cast, with almost too many standouts in the supporting gallery to name, but most notable is Robert Forster’s volatile retiree, Beau Bridges’s garrulous, drinky cousin, and the lunkheaded boyfriend played by Nick Krause.

In a development that seemed to begin in earnest with Sideways, a large part of The Descendents seems to operate on a non-narrative level. The script, which Payne and two new co-writers adapted from Kaui Hart Hemmings’s 2007 novel, isn’t just efficiently pruned to ensure that characters only say exactly the things that are necessary to move a scene forward, but say things that reveal mental and emotional states or, more importantly, fail to do so in the usual way. The characters all seem to have at least seven or eight things on their mind at any given moment, but only the time and/or the wherewithal to say aloud one or two of them, so that the film acquires a forward momentum that has as much to do with what’s spoken as much as unspoken. Two other films from 2011 share this quality: Kenneth Lonergan’s Margaret and Asghar Farhadi’s A Separation.

The Descendants is a bundle of contradictions. At once mellow and light (the paradise of the Hawaiian landscape provides a hypnotic background, and the soundtrack follows suit), there’s hardly a scene that doesn’t somehow revolve around death, or other grave matters. As the movie is equally about fatherhood, George Clooney’s Matt King has plenty of shortcomings as a workaholic dad, immediately beset with two daughters who were, until that point, mostly the concern of his now-comatose wife. But the static that’s produced by the combative relationships between Matt and his daughters is only half the story, especially as the older one (a brilliant Shailene Woodley) gradually becomes a kind of Hawksian “Girl Friday,” butting heads with her dad in one scene, his wingman in the next. Her own relationship with her younger sibling is also telling—a mentor, perhaps in need of improvement in the presentation department, but an effective and honest one nevertheless. Again, the relationships, as much as the language, seem to depend less on a linear narrative through line and more on what the characters seem to need at any given moment, and what they need seems to emerge from—instead of point to—a slippery inner life that I found myself contemplating as often as I was watching the events unfold on the screen.

Not all of this business is perfectly judged. A crucial moment toward the end of the film affords Clooney the opportunity to make a big, Oscar-y speech, and it’s here that Payne seems to insist on a narrative resolution we’ve already reached emotionally. Yet it’s the imperfect quality of this moment that speaks to a larger picture that The Descendants only hints at with its title. The story concerns family dynamics, always falling, never settling, so it’s only natural that some moments should land downrange of their intended targets. At the risk of sounding pretentious, we descend from our parents and grandparents, but create our landings as we go. As it gained momentum, what I began to see writ across The Descendants was an overlay of decisions and feelings and inner turmoil: unseen cinema.