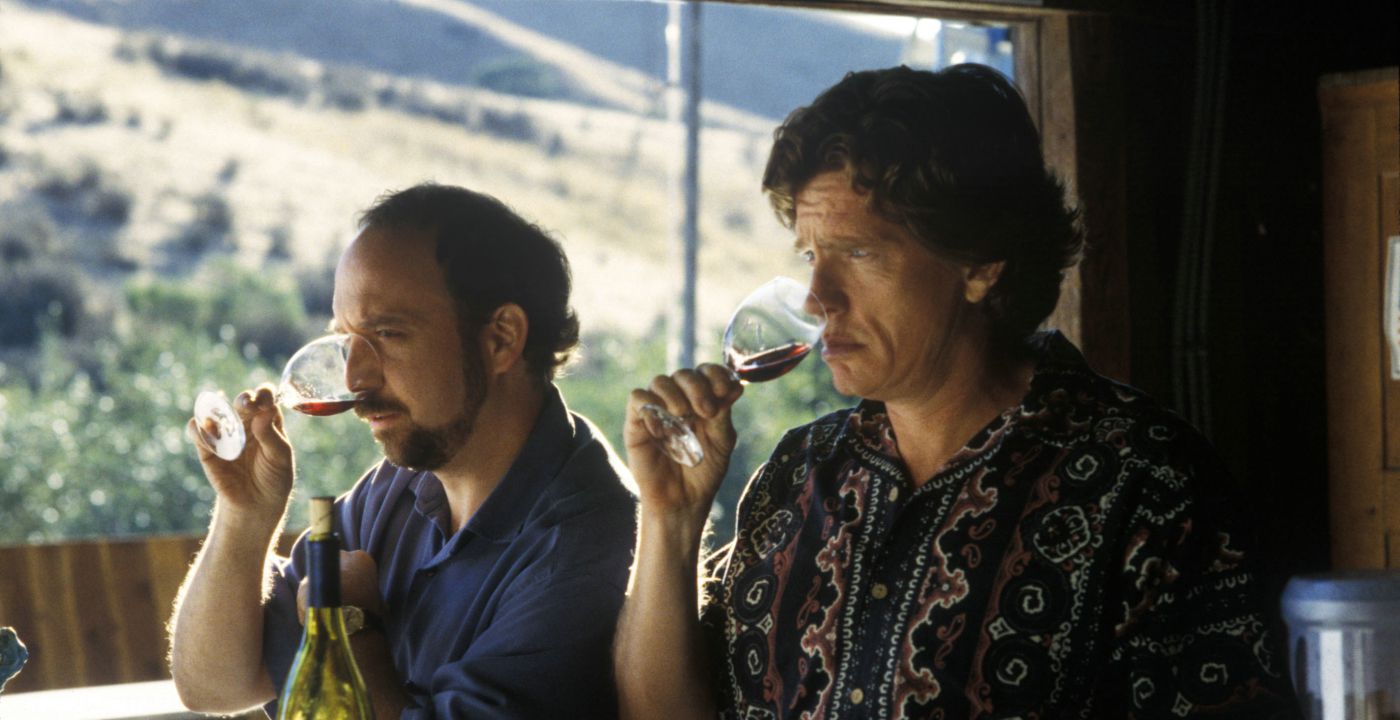 More than anything, Sideways furthers the impression that Alexander Payne is a great structuralist filmmaker. Along with his writing partner Jim Taylor, Payne creates pitch-perfect paeans to American character and eccentricity, and there’s a sublime literary quality to his characters’ speech and physical rhythms where word and action are soulfully intertwined. For example, when frustrated novelist Miles (Paul Giamatti)—off for a week-long excursion to California wine country with his lothario actor friend Jack (Thomas Haden Church)—describes a Pinot grape as “thin skinned [and] temperamental” his character comes, ever so subtly, into crystal clear focus. It’s the kind of writing that certain people, blinded by its mechanistic perfection, like to applaud: pointed, revealing, and, quite frankly, totally fucking obvious. All of Payne’s films are, more or less, an accumulation of such perfect character moments as these. They’re like Screenplay 101 classes taught by René Descartes: Individual components (e.g. characterization, photography, music) are polished to within an inch of their life and then assembled into the most pleasing piece of bric-a-brac you ever did see. In the moment, it’s easy to admire the superficial beauty of a Payne film and Sideways, with its sun-drenched Santa Ynez Valley locations, is without question his most attractive visual composition. Kudos, as well, to Payne’s cast, which features best-ever work from Giamatti and breakthrough, who’da-thunk performances from Church and Virginia Madsen. Such positives almost persuade that there’s something profound going on in Sideways, but a late-breaking contrivance featuring a full-frontally nude M.C. Gainey helped to convince this critic otherwise. It’s moments like these in Payne’s films (see also the “Dear Ndugu” sequences of About Schmidt) where I feel akin with Jonathan Rosenbaum’s accusations of the director’s class condescension, though I think even that may be granting Payne a much deeper reading than he and his fondness for cheap jokes deserve.

Review: The Gate of the Sun