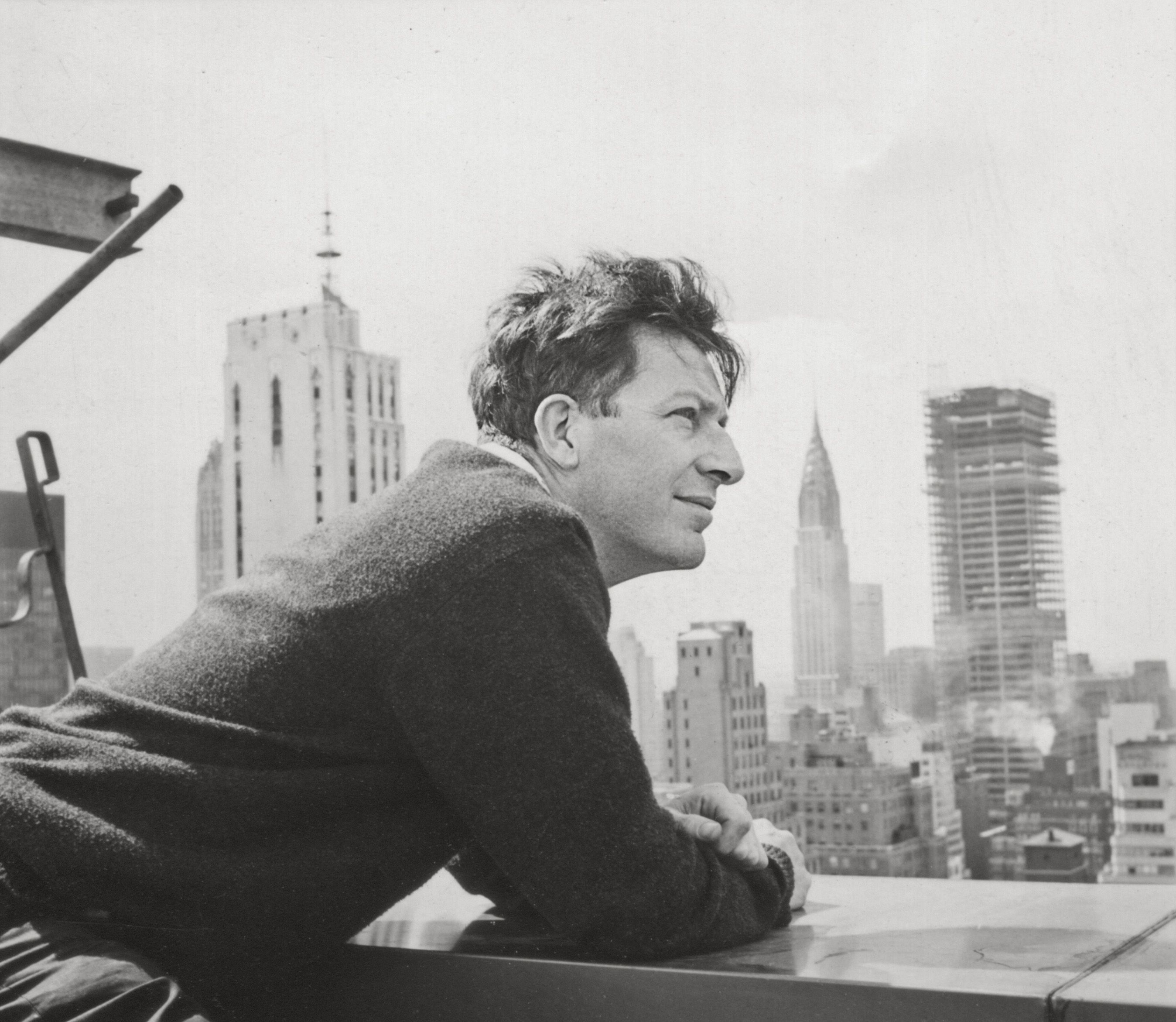 “Anarchism is an attitude,” claimed the 20th-century American gadfly profiled in Paul Goodman Changed My Life, and however deep his purported disenchantment with gaining recognition as a public intellectual rather than a man of letters, Goodman’s tireless display of attitude throughout his 60 years of diverse pursuits comes across crisply in Jonathan Lee’s documentary that, of necessity, can only summarize his literary oeuvre. The son of a New York family left impoverished by his father’s abandonment, Paul discovered Kropotkin and defined himself as an anarchist as fervently as City College classmates embraced Marxism, and after taking a pacifist stance against World War II, began writing for journals like Commentary as part of a Manhattan clique who served as philosophical godparents to the New Left of the ‘60s. But Lee’s film keeps the author-activist’s career rooted in the specifics of the life he made before he began debating William F. Buckley and Stokely Carmichael on TV: his openly bisexual life with a wife and three children that included daily street-cruising for men; his rumpled academic mien and insistence that, despite the small readership drawn by his work until the late ‘50s, “everything I write is pragmatic”; and his love for the passionate, ideological, rapid-fire talk among his friends, enemies, and those undecided.

The bulk of the doc’s archival footage covers Goodman’s period in the media spotlight, from the 1959 publication of Growing Up Absurd (a perceived sociological treatise on juvenile delinquency in which he hypothesized that alienated youth were rationally turned off by a society “not worthy of human nature”) until his death in 1972. Lee’s talking-head interviewees, mostly friends, colleagues, and students, successfully bear the burden of making the iconoclast’s dogged and prickly personality nearly tangible, and justifying the film’s title as an individual’s observation applicable to all in his orbit. When praise for Goodman’s gifts as a novelist, poet, critic, practicing psychiatrist, and urban planner (he and his architect brother proposed banning vehicular traffic from Manhattan decades before it morphed into a mainstream policy option) threaten to tip the testimony into hagiography, balance is restored by bluntly assessing him as a man of his time who wrote of the problems of alienated men—exclusively—in Growing Up Absurd: “If the boys do not grow to be men, where shall the women find men?” And Paul’s libertinism in his dalliances with young males made no allowance for his common-law wife of 30 years to have affairs; asked how she felt about such spousal inequity, Sally Goodman responds with a fiercely eloquent “mad.” Sweetly and perhaps gullibly, Living Theatre founder Judith Malina—a friend and analysand—asserts that Paul, the humanist, must have given his street pickups “his best heart” in exchange for the merest blowjob.

Along with compiling evidence that cherishing or idolizing the man could be a chore, inevitably earning his loved ones a secondary position to the writing that matched his libido for promiscuity, Paul Goodman Changed My Life portrays him as thoroughly “bi,” not just in his carnal life but in trying to occupy other dualities. Goodman claimed both idealistic and realistic tracks in his vision of a better civilization (illustrated in his book title Utopian Essays and Practical Proposals), and the roles of a righteous judge of human evil (in reading the riot act to arms makers in an unlikely Washington lecture delivered the weekend of the 1967 march on the Pentagon) and an innovative modern poet (praised here by composer Ned Rorem for his straightforward, vernacular style). While chronicling a lifespan of such exhaustive versatility produces some curious gaps (Goodman’s role as a co-author of Gestalt therapy’s founding text gets an unsatisfyingly quick treatment), Lee presents this formidable character as simpatico with today’s zeitgeist in his championing of decentralized democracy he saw in the absence of “top-down direction” in the civil rights movement. His belief in popular, “spontaneous uprising,” which he ultimately found lacking in the drug use and factionalization of his draft-resisting son’s generation, is gaining currency globally in a movement that would rally to Goodman’s declaration that “most professionals are finks.”