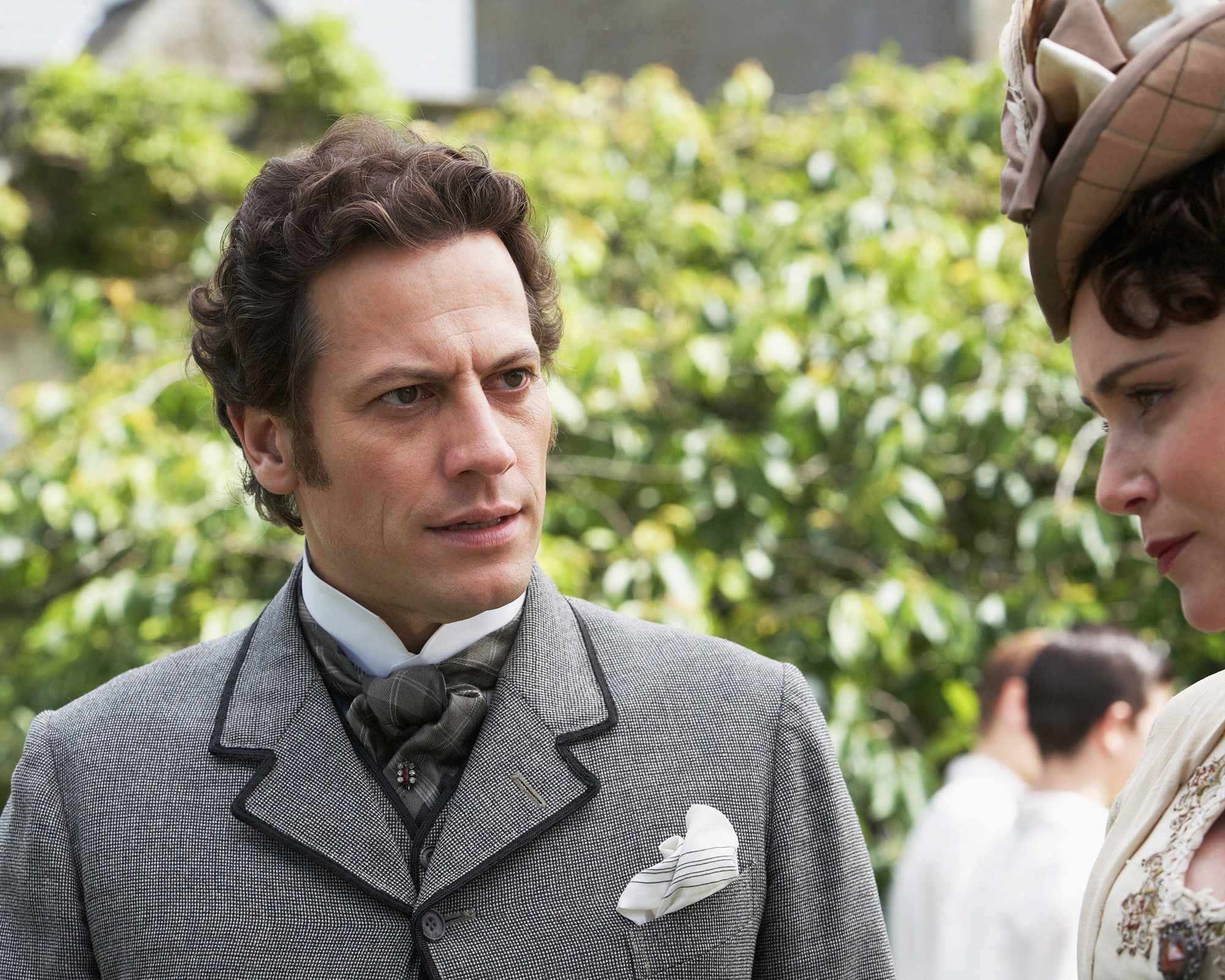 Its subtitle notwithstanding, The Adventurer is aptly named, as it parlays the staples of countless adventure movies into a new tale that, predominately, is more homage than plundering. Viewers will quickly detect shades of Sherlock Holmes, The Mummy, and, especially, the Indiana Jones franchise, whose Raiders of the Lost Ark and Temple of Doom installments are both evoked in a story involving a golden idol and slaves forced to excavate treasure. There’s also a cheeky hero, the swashbuckling Will Charity (Michael Sheen), who’s an amalgam of all of these sagas’ brash protagonists. Amid proceedings unfolding in 1885 London, Charity eventually explains to a key character that he and his friends, the married Charles and Catherine Mundi (Ioan Gruffudd and Keeley Hawes), are members of the Bureau of Antiquities, an organization that protects artifacts like the precious Midas Box, which a man named Luger (Sam Neill) hopes to use for Very Bad Purposes.

Yes, this is a movie loaded with exposition, but its charming storybook qualities help to smooth out the clunkiness, as does the ever-versatile Sheen, who brings an artful hamminess to his role. By film’s end, the chameleonic actor who leapt from The Queen to Twilight to Masters of Sex has even donned a wig and prosthetics, part of a Borat-meets-Criss-Angel getup Charity uses to pose as a magician. But Charity isn’t the true hero of The Adventurer; that mantle falls on Charles and Catherine’s eldest son, Mariah (Aneurin Barnard), whose family is kidnapped by Luger, and who’s groomed for derring-do as he tries to beat his foe to the box. (Directed by Jonathan Newman, the film is adapted by G.P. Taylor from his own Mariah Mundi novels, whose titles, evidently, weren’t mainstream-friendly enough.)

Landing a job at an island hotel that doubles as Luger’s lair, Mariah quickly proves his mettle as stealth savior, and Newman, achieving a look that seems to make maximal use of a presumably meager budget, throws in modestly magical set pieces that highlight the post-Industrial Revolution setting, like a bit with CG tarot cards that recalls Muybridge’s The Horse in Motion. But The Adventurer also gradually reveals a lot of unsavory motives, which ultimately deflate the buoyant virtues on which it had blithely coasted. Used intermittently for Tinseltown-style nyuks, Charity turns out to be more Jack Sparrow than Indiana Jones, and the Midas Box becomes more spectacle-ready weapon than nostalgic knickknack, giving the film a formulaic, tent-pole-y punch it doesn’t need. And while its indictments of industry-prompted greed are less hypocritical than those of The Lone Ranger, this is ultimately no less shameless a franchise-minded product, which is odd considering it’s hardly a high-profile work poised to turn a hefty profit. Looking to go the way of The Golden Compass and Lemony Snicket’s A Series of Unfortunate Events, two would-be series kick-offs that never made it past part one, The Adventurer saves its worst faux pas for last, failing to realize that there’s a difference between leaving the door open for a sequel and thrusting it open with such force that all air and life are sucked out of the film.

Review: The Truth About Emanuel

Review: If You Build It