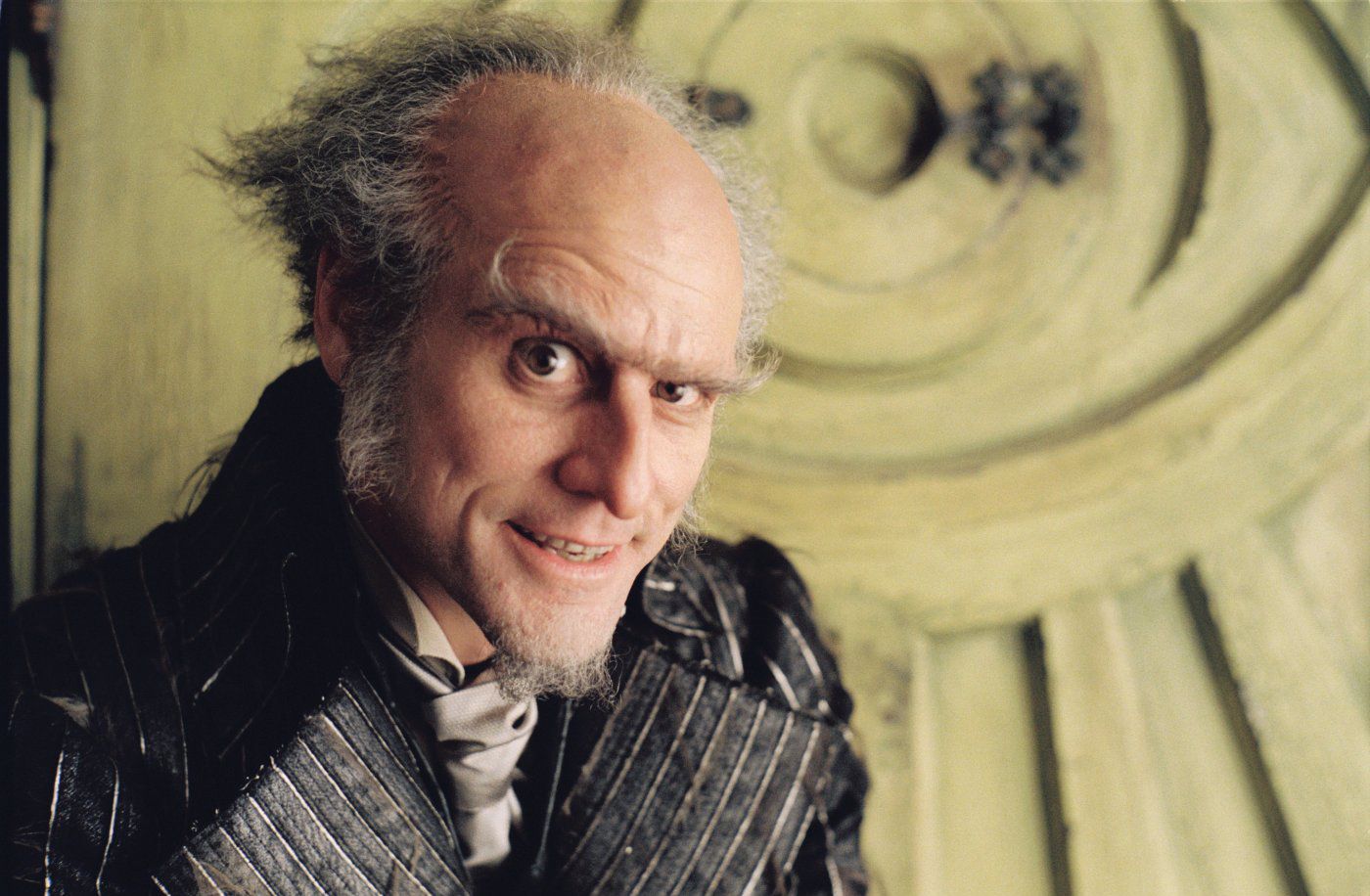 This Christmas season, families could do worse than Lemony Snicket’s A Series of Unfortunate Events, a pleasantly episodic and surprisingly sinister account of a deranged lunatic trying to kill three orphans so he can inherit their family fortune. Adapted from author Lemony Snicket’s books The Bad Beginning, The Reptile Room, and The Wide Window, Unfortunate Events is narrated by Lemony Snicket (Jude Law) as a twisted parable of family togetherness (the second to last shot of the film’s three young leads huddled together in the backset of a car is—quite simply—divine) and begins as a whole different film altogether: The Littlest Elf, the animated story of a freakishly happy elf who frolics in the woods with all sorts of little animals. It’s evident from this animated prologue, which lasts but a minute before the audience enters the story proper, that Lemony Snicket, by way of director Brad Silberling, will work overtime to mess with our heads.

The worst thing that can be said about Unfortunate Events is that it reeks of a Jim Carrey vanity project, which is to say that the film is not unlike watching Carrey do what he does whenever he’s on Oprah or giving out a trophy on some MTV award show, but unlike monstrosities like The Cat and the Hat, How the Grinch Stole Christmas, and Patch Adams, there is a method to Carrey’s madness in Unfortunate Events: He is—get this—a method actor! As the head of a gothic acting troupe, Count Olaf (Carrey) contrives a series of ghoulish scenarios and alter egos to lay claim to a fortune belonging the orphaned Baudelaire children: Klaus (Liam Aiken), a reader, Violet (Emily Browning), an inventor, and little Sunny (Kara and Shelby Hoffman), whose biting fixation and translated baby-speak make for some of the film’s more amusing non sequiturs.

At worst, Silberling fails to illuminate the details surrounding a secret society to which the Baudelaire children’s fire-obsessed parents and their close friends belonged to, and as such Unfortunate Events ends with a few narrative screws loose; at best, though, the film is a triumph of production design (make sure to stay for the credits!), and Silberling manages a series of ghoulish widescreen compositions, jaw-dropping set pieces—none better than the children’s escape from the dilapidated house of the neurotic Aunt Josephine (Meryl Streep)—and amusing in-jokes for the over-40 crowd (see the Out of Africa snapshots inside Josephine’s photo album). Consistently high-strung, Carrey intermittingly drops out of the picture, which allows Silberling to flesh out the closeness between the three Baudelaire children. Also, there’s something to be said about a film that understands that Carrey, like Mike Meyers and Robin Williams, is best taken in small doses.