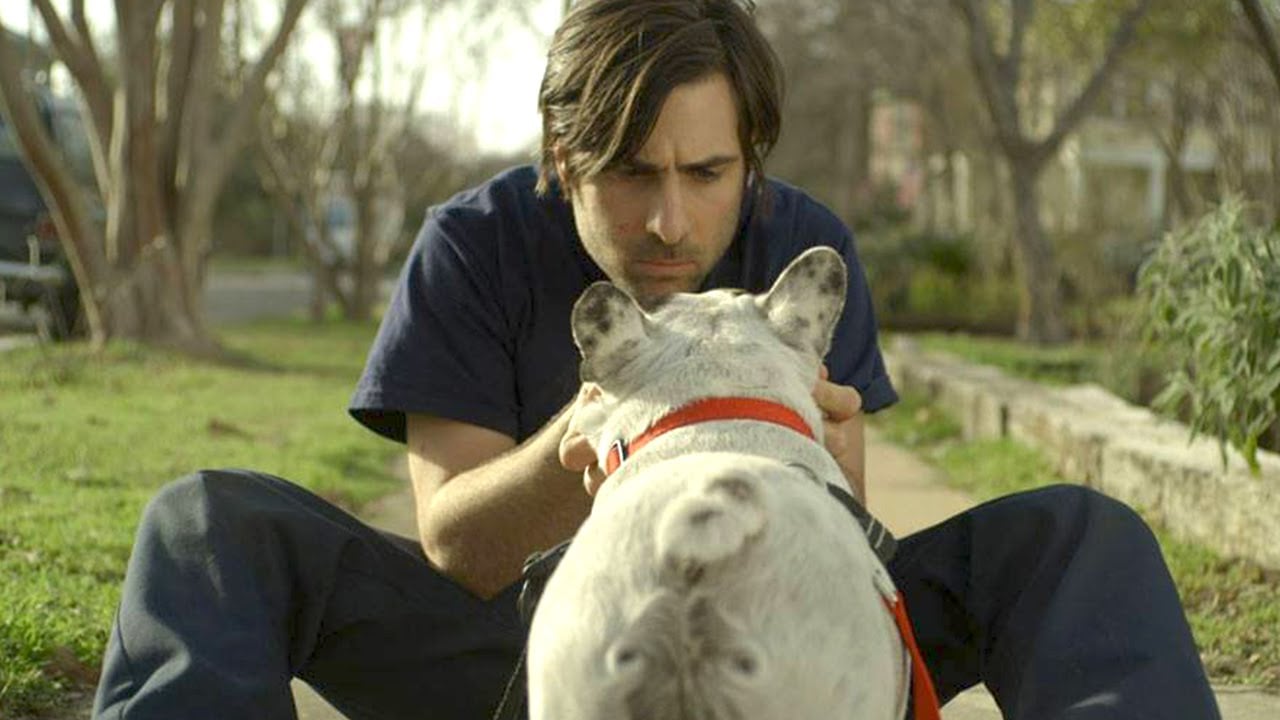 You’ve seen this character a million times before: white male, late 20s, prone to wise-ass comments, incapable of keeping even the least stimulating job—but of course with a soft spot. It’s exasperating that Bob Byington is content with lobbing another one of these sad-sack character studies at a festival in which that very subject has far exceeded its sell-by date, and not only that, but to do it with Jason Schwartzman, who plays these kinds of witty mopes in his sleep. 7 Chinese Brothers—an arbitrary title whose meaning Byington lazily deferred to the audience after the screening—suggests a revivification of early 2000s indie cuteness, an impression made all the more troubling by the contemporary roster behind the project: The film features appearances by such notable of-the-moment talents as Alex Karpovsky, TV on the Radio frontman Tunde Adebimpe, and even Alex Ross Perry.

Schwartzman runs on autopilot in his portrayal of Larry, an Austin-based loafer who loses one manual labor job in the first scene only to move on to another for which he’s even less equipped. His only friends are his equally sluggish bulldog (the actor’s real-life pet, who steals the show every time he’s on screen) and the male nurse (Adebimpe) who cares for his dying alcoholic grandmother (Olympia Dukakis), though his cute new boss (Eleanore Pienta) offers a potential, though ultimately unrealized, romantic partner. Meanwhile, he’s trailed by a dunderheaded manifestation of the bad decisions of his recent past, a metrosexual muscle man played by John Gatins.

Throughout, Byington’s sense of humor is familiar and facile: 7 Chinese Brothers hopes to get mileage out of Larry singing to his dog, placing his dog in the front passenger seat of his car, or pondering the anatomical curiosity that is his dog’s knees. (For what it’s worth, there are also some non-canine jokes, as in an improvised bit featuring a punched-out Schwartzman using an apple as an ice pack.) The only thing less inspired than the comedy is the mise-en-scène, the idlest stand-around-and-point-and-shoot routine featured at the festival.

On the opposite end of things, one would be hard-pressed to find a more thoughtful, confident premiere at SXSW than Betzabé Garcia’s Kings of Nowhere, a multifaceted Mexican discovery somewhat ghettoized by show times at out-of-the-way theaters that overlap with more high-profile openings. With its exquisitely composed landscape shots, evolving structure, and subtle acknowledgement of the transformative role of the camera, it’s a breath of fresh air in a festival overrun with lazily directed, handheld fiascos—and that’s before one even considers the anomalousness of its subject matter.

Garcia went to the flooded village of San Marcos to capture the devastation of the region and serendipitously found herself with a handful of surviving subjects whose simultaneous perseverance and defeatism offers a haunting corollary for the ontological reality of the region. The film appears to discover its emphasis as it progresses, never disguising Garcia’s presence behind the camera as she wanders this dilapidated forest wasteland; for instance, the aging cattleman Yoya is first heard off screen getting the filmmaker’s attention, which prompts a sudden pan, and Garcia leaves in her process of finding focus All of this speaks to a humility sorely lacking in the myopia of many of the fest’s narrative entries.

In many ways, Kings of Nowhere seems like a more appropriate fit for the recently concluded True/False Film Fest. The film’s documentary impulse to understand and relay knowledge about this submerged village gradually morphs into something more attuned to the poetic dimensions and psychological toll of living there after such disastrous decline. The notion of San Marcos as a graveyard becomes central: Yoya and his wife, Jaimito, harbor both a fear of the darkness enveloping their emptied-out home and a good-humored resignation to the assumption that aggrieved or malevolent spirits surround them regardless of what they do to deny it. Garcia’s images—fixed, frozen, staring into darkness as if trying at once to identify nocturnal figures in the forest and disprove their existence—transfer this anxiety to the viewer all too effectively, and whenever she returns to a curiously flickering street lamp it’s easy to feel as guarded and suspicious as the subjects on screen.

As Garcia spends more time with the inhabitants, context starts to develop around the political unrest and criminal activity in the neighboring regions (all tying back to Mexico’s drug cartels and a government too corrupt to settle it). It becomes evident that, despite the specter of death hanging over San Marcos, leaving it alive would be just as threatening. The greatness of Kings of Nowhere is in celebrating the resolve of this deflated existence. Speaking of which, few images in the festival are as affecting as the shot of Yoya and Jaimito slow dancing on their front porch, stirring up old memories as the pitch-dark night creeps in.

If Kings of Nowhere is a disguised True/False movie, Anna Sofie Hartmann’s Limbo probably could have, under slightly different circumstances, been destined for Cannes. In the delicate spirit of Joanna Hogg’s cinema, the film charts a series of inchoate yearnings and epiphanies in the mind of a timid teenager, Sara (Annika Nuka Mathiassen), living in a small snow-dusted Danish town—a tale of becoming that refuses to telegraph its maturational beats in conventional ways. In fact, it’s hard to say if the film comes to any specific conclusions about Sara; just when it seems she’s developing early stirrings of lesbian interest in Karen (Sofia Nolsøe Mikkelsen), a new schoolteacher in town from the Faroe Islands, Hartmann shifts focus from her to her potential beloved. It’s a haziness that’s arguably to the film’s credit—unlike wallows in self-conscious vagueness that tend to crop up toward the art-house extremes of the festival circuit, Limbo’s atmosphere of indecision is a means to an end. Though short on concrete details, the film’s evocation of late adolescence is rich in emotional texture and geographic specificity.

Most noteworthy is Hartmann’s unshowy but nonetheless exacting craftsmanship. Leaving aside the film’s elegantly selective sound design if only because its subtleties would require more lengthy attention, Limbo unfolds in respectfully distanced, cleanly arranged—one might say distinctively Scandinavian—compositions that balance emphasis between subject and environment. An early scene of Sara and her friend cycling around the parking lot of a sugar factory that seems to be the town’s primary industry is captured in an ethereal gliding shot that adjusts speed and focus to accommodate both girls as well as their drab background. Later, a group of boys loiter on their skateboards in front of the high school, and though it’s a moment that could have easily been written off as interstitial material and covered in a quick master shot, Hartmann’s camera again dances between the bodies in front of her camera without a bump in the execution. The effect recalls the skate park vignettes in Paranoid Park, which similarly fetishized location-specific recreational activities to get on the time-killing wavelength of small-town kids with little to do beyond 2:30pm. It’s this low-key attentiveness that makes Limbo such a joy to watch as it travels unhurriedly to its sobering denouement.