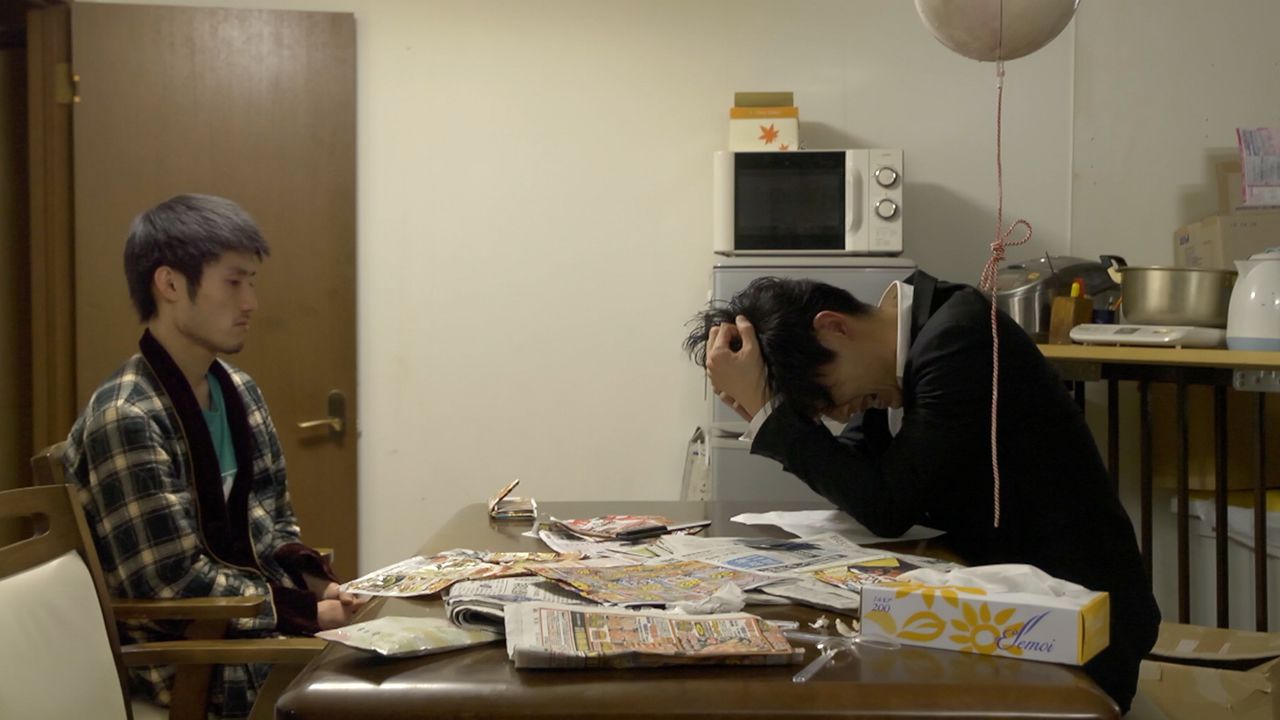 Ow wastes little time justifying its title (though Zero, the literal English translation of the original Japanese title, is even more fitting). The film is set in the suburban home of the Suzuki family, which includes a middle-aged father hiding his recent unemployment, an adult son never employed to begin with and correspondingly given to sleeping late, a grandmother nearing dementia, and a mother who’s growing quietly exhausted minding the family’s daily clockwork machinations. In short, the Suzukis are a typical middle-class clan, in an era in which such a status is ever more difficult to maintain. Director Yohei Suzuki impressively establishes a latticework of domestic pain, fear, disappointment, and shame in a manner of minutes. Suzuki’s precision as a filmmaker is best encapsulated by his ability to instantly convey to the audience the geography of the family house, as well as the specificities of the elaborate minutiae that reliably dot each room, particularly the kitchen with its ominous orb lamp (which is soon revealed to be a bit of playful foreshadowing) and smattering of hastily spread out papers and foods.

Suzuki’s images are simultaneously warm and a little suffocating; he has a Spielbergian flair for capturing how the comforts and discomforts of cohabitation seem to nest within one another, as well as a Jarmuschian taste for mining social alienation for the occasional stray deadpan punchline. The result is a prickly humanism that especially serves Ow when it veers into allegorical sci-fi terrain. A gray orb slightly larger than a basketball hovers into one of the rooms of the Suzuki home’s top floor, freezing in place the father, son, the son’s girlfriend, and, in a prolonged bit of absurdist slapstick, a half-dozen policemen who soon arrive to investigate the family’s sudden bunkering in the top floor. This event sets in motion a series of surprising catastrophes, leaving the family to pick up the tragic pieces of a puzzle that only intensify an already precarious situation.

The metaphor is simple, direct, and profoundly effective: The “stasis” the orb inflicts on people is a manifestation of the emasculation and doubt wrought by disappearing wages that spur parents to compete with their children for jobs and that prolong the millennials’ symbolic childhood by a decade with menial jobs that preclude flight from the nest. The suddenness, the inexplicability, of a character’s freezing offers haunting testament to a life blowing away at the cruelly arbitrary snap of fingers. But the genre hook isn’t Suzuki’s most distinctive gambit; it’s his willingness to discard the orb and its attendant funny-business altogether that confirms his anger and his talent. Once the orb disappears, we’re left with the crippled family, with no fanciful fantasy to soften the blow of lives left in permanent flux. This notion of reality stripped of fantasy (read: hope) reaches its lacerating apotheosis when the son, Tesuo (Kaoru Iida), finally confronts a reporter (Masatoshi Kihara) who’s attempting to “explain” the mysterious orb. The reporter, all theoretical fire-and-brimstone idealism, can’t allow himself to contemplate the possibility that an explanation might not even matter to those in the thick of loss.