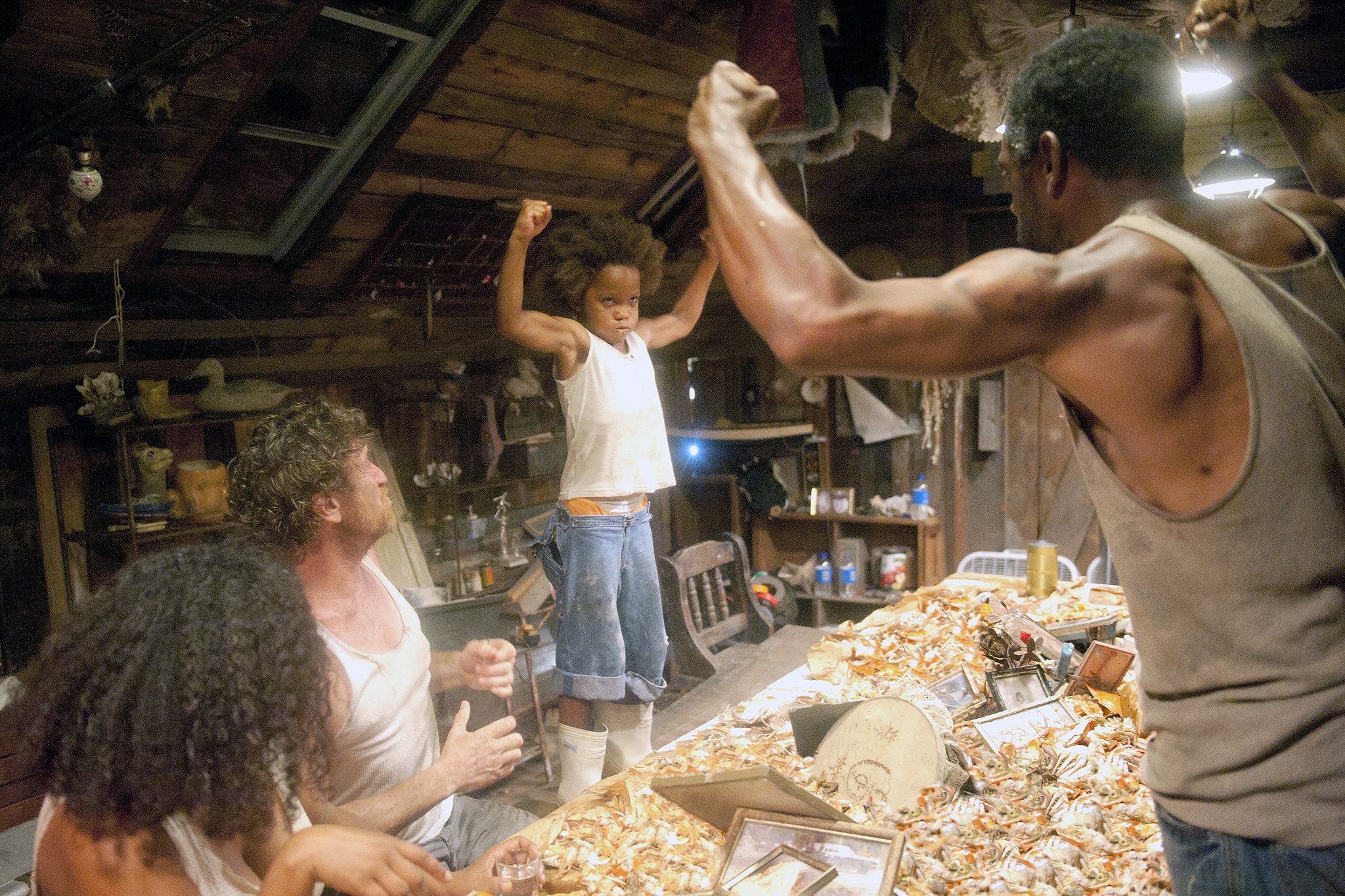 As a Southern-gothic fairy tale about post-Katrina New Orleans, Beasts of the Southern Wild could have easily turned out to be a crass and unwittingly exploitative work. Co-writer/director Ben Zeitlin’s fanciful approach to his understandably touchy subject matter theoretically seems glib. Thankfully, every time Zeitlin and co-writer Lucy Alibar threaten to oversimplify their story with mawkishly twee sentimentality, they steer the film’s elemental narrative in another direction. The hopefulness that viewers take away from the film, the most buzzed-about title at this year’s Sundance, feels earned thanks to Zeitlin and Alibar’s focus on their characters’ fears of imminent abandonment and annihilation. As a film about the seductive and essential power of hope, Beasts of the Southern Wild is a warm, accomplished, and fitting tribute to the fighting spirit of New Orleans.

This is the film you might get if Terry Gilliam conflated David Gordon Green’s George Washington with Alice in Wonderland. We follow Hushpuppy (Quvenzhané Wallis), a six-year-old girl that lives with her single father, Wink (Dwight Henry), in a remote region of New Orleans only referred to as “The Bathtub.” Since Hushpuppy spends much of her time by herself, all of her fears are filtered through a convoluted system of icons and symbols. This proves that she’s a product of her environment. She listens to animals and people’s hearts because her father has a heart condition, fears cannibalism after a Bathtub resident teaches her that all living things are “meat,” and even fantasizes about wild rampaging boars because Wink has a big fat black hog on his farm.

So when the hurricane hits, Wink refuses to leave the Bathtub. This decision is a matter of pride, one whose consequences Hushpuppy has to deal with. Wink tries to boost morale by showing his neighbors that they can overcome any obstacle. But there are always consequences to Wink’s stubborn actions. Hushpuppy eventually joins her father in refusing to leave the Bathtub, but only after earning a greater sense of perspective. The giant boars that Hushpuppy constantly imagines are heading toward the Bathtub are her fears of losing Wink, who personifies Hushpuppy’s only link to the past. Beasts of the Southern Wild is, in that way, a beautiful fairy tale about survivor’s guilt that’s about as good as the festival hype would have you believe.

The quasi-nihilistic and totally surrealistic ideology behind Wrong, writer/director/editor/musician Quentin Dupieux’s follow-up to Rubber, is more exciting in theory than it is in practice. Wrong, which is set in a nondescript suburb where an abrupt and meaningless series of events proves that nothing means anything in Dupieux’s films, begins with Dolph Springer (Jack Plotnick) waking up at 7:60 a.m. to find that his dog Paul is missing. The animals’ absence is meant to symbolize the lack of order in his owner’s life. That characteristic sense of disequilibrium is something that Dolph’s been able to ignore right up until Paul runs away. Dolph’s very much in denial about how screwed up his life has become of late; though fired from his day job three months ago, he still shows up to his former office and pretends to do work.

Dolph’s need to turn a blind eye to the aspects of his life that are obviously, well, wrong is further established when a palm tree in his backyard mysteriously transforms into a pine tree. Also, it’s raining inside Dolph’s office even though none of his co-workers seem to notice it or care that they’re being soaked. But none of this matters to Dolph as much as Paul’s absence. So in order to put his life back together, he goes in search for his dog.

The big joke is that there’s no context in which an alarm clock striking 7:60 a.m. or a grown man reading a book about how to communicate telepathically with his dog makes sense. The plot points that define Dolph’s character arc aren’t supposed to make any kind of logical sense and that’s existentially scary and sometimes funny, too. For example, Dolph’s need to be among his co-workers is both pathetic and frightening. He shows up to his former job just to reassure himself that the world still can make sense—and he gets rained on for all of his troubles. Unfortunately, this running gag is only really scary and funny whenever it isn’t just monotonous and tediously flippant.

Through a number of pointedly nonsensical subplots, including a case of mistaken identity where Dolph’s French gardener, Victor (Eric Judor), poses as Dolph in order to have sex with a pizzeria employee, Emma (Alexis Dziena), Dupieux circles around the same point over and over again: Our daily routines only make as much sense as we want them to. There’s no good reason why the mysterious would-be philanthropist Master Chang (William Fichtner) singled Dolph out and kidnapped Paul only to later lose custody of him. Chang even tells Dolph that he randomly kidnapped Paul, though Chang also says that he kidnaps dogs from strangers in order to help them to truly appreciate their pets.

In that way, Fichtner’s character is as close to a god-like being in Wrong as Dupieux’s cynicism will allow. Chang creates problems because he anticipates them and makes a mess of everything. The notion of a bumbling deity that hurts people more than he helps them is a tempting philosophy. But it’s only tempting whenever Wrong isn’t actively devolving into an interminable laundry list of strange things that mostly prove how jaded Dupieux is.