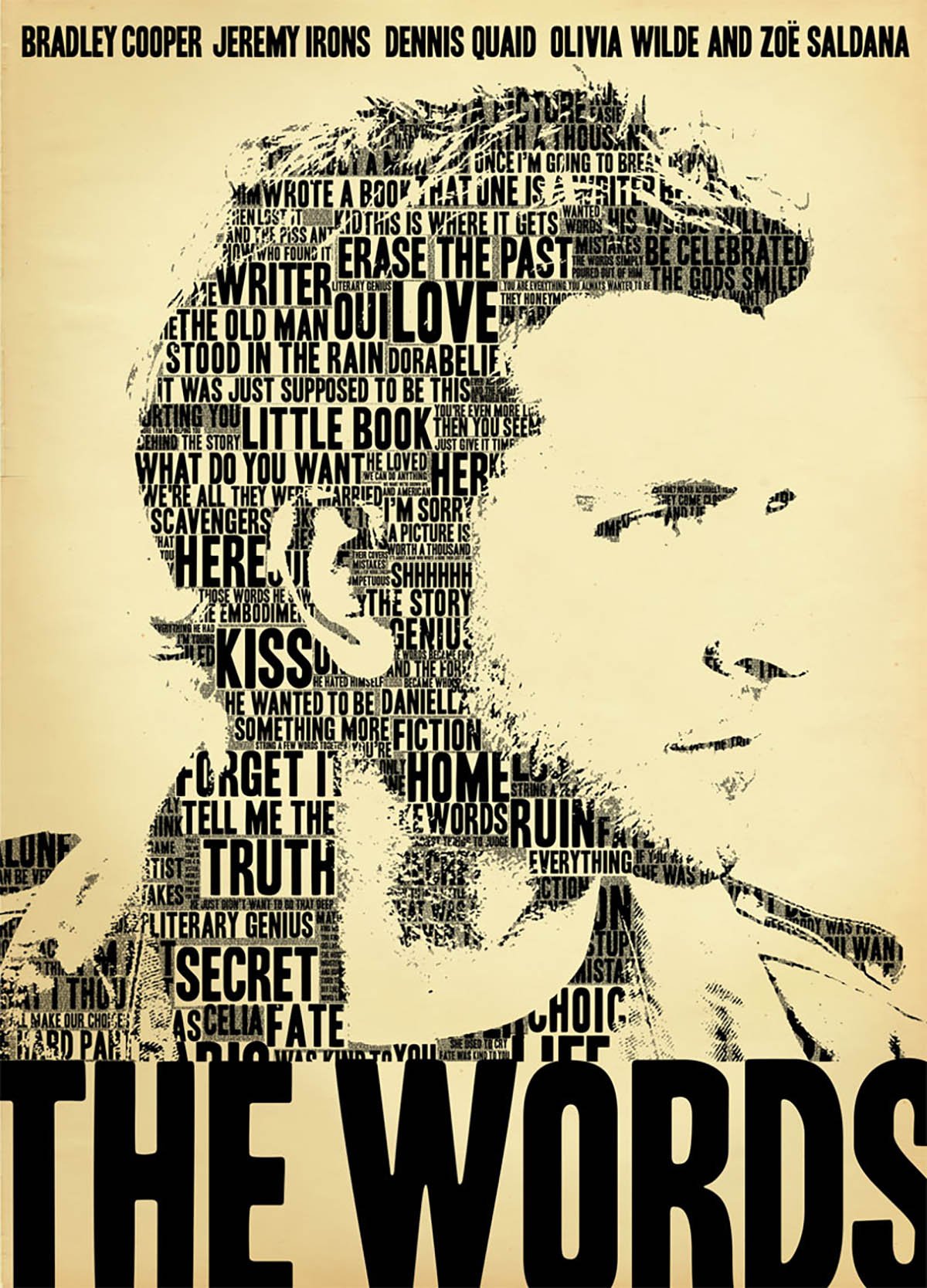 Bradley Cooper is an actor in a fairly common predicament. He’s blessed with movie-star looks, yet he still needs to play characters with non-movie-star occupations. For Cooper, this is especially problematic, since it’s tough to imagine him doing much of anything besides looking handsome, staying handsome, and watching televised sports. So right off the bat, there’s an element of unintended comedy to the poster for The Words, which etches Cooper’s face out of printing-press type because his character’s a writer.

Something is up in Hollywood. This is the second movie in two years to cast Cooper as a working author (the other was the gonzo, pro-drug “drama” Limitless). What is it about Cooper that makes him seem, to filmmakers, like a plausible wordsmith? The slightly-boho shaggy hair? The serious arch of his pointed nose? That he was the small dash of brains in The Hangover’s Wolfpack? The synopsis for The Words describes Cooper’s character as “a writer at the peak of his literary success.” At the risk of looking at things in stone-cold, stereotypical terms, that’s not unlike casting Tara Reid to play an archaeologist.

Celebrity context and role appropriateness aside, the poster is artfully made, a tea-stained scroll with a kind of collage-relief that’s nicely paired with the contours of its Sexiest-Man-Alive subject. There’s a great strength of implied line, and a vintage mood established by its use of newsprint and choice of typeface. The first comparison one wants to make is to the poster for Sherlock Holmes, whose classic, cast-metal type would appear to have produced this very design. But the closer relative is actually the one-sheet for 2007’s 3:10 to Yuma, whose font, palette, and scattered messages provide proof of The Words poster’s Old West influences.

It’s a pity the actual words have next to no intrigue, all of them as generic as the sentiments on candy hearts. You’d think that close examination would offer clues to help unlock the movie’s plot (Cooper’s scribe has to “pay the price for stealing another man’s work”), but all that’s given is humdrum twaddle like “Secret,” “Kiss,” “Erase the Past,” “Tell Me the Truth,” “What Do You Want,” and “Fate.” In other words, a bland litany of blockbuster tagline lingo. Thus, all of the text, all of the words on the poster for The Words suggest the project is one of rabid superficiality, as beyond Cooper, the cast list also includes Zoë Saldana and Olivia Wilde, another model-esque name who can’t be taken seriously beyond window dressing. There’s artistry here, but isn’t it ironic that the title’s blatant essence is the poster’s weakest trait?

Sundance Film Festival 2012: Beasts of the Southern Wild and Wrong

Review: One for the Money