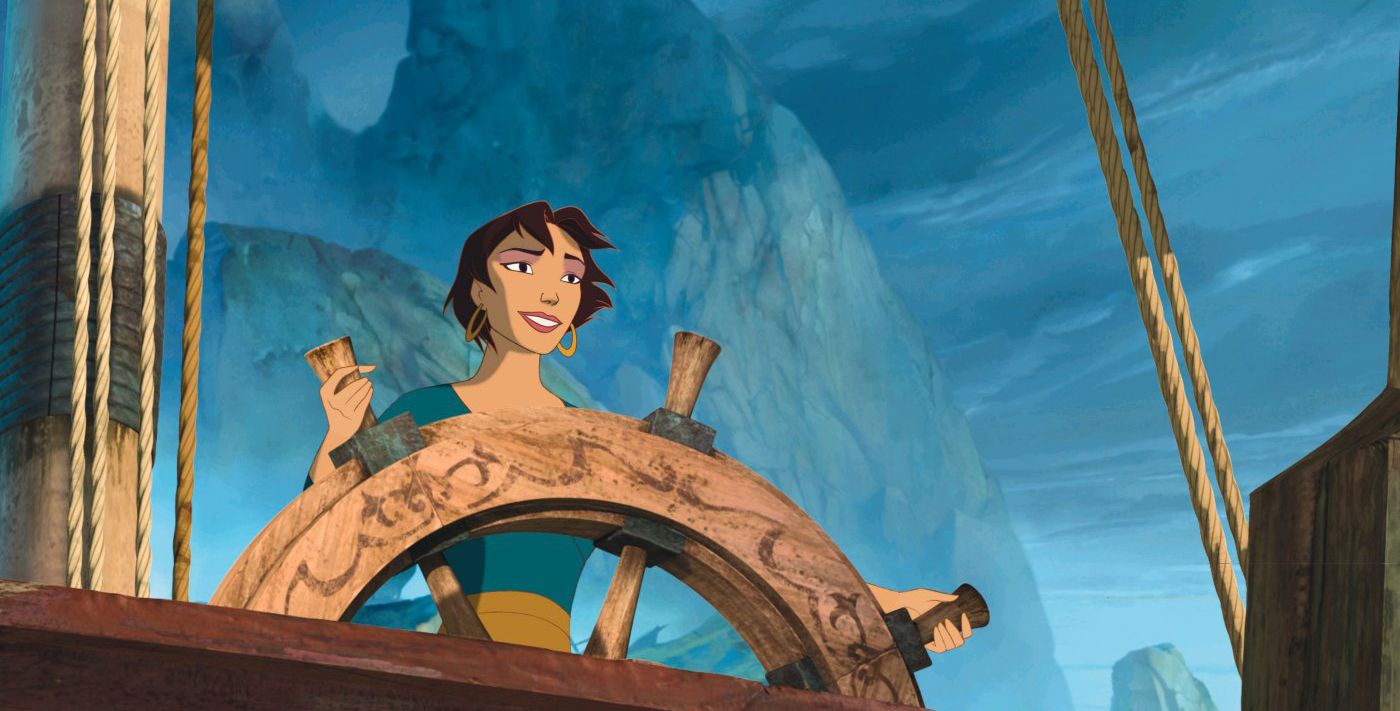 Once upon a time in the far off land of Syracuse, Jim Boeheim led the Orangemen to the NCAA basketball championship. Once upon an even more distant time—at least according to DreamWorks’s Sinbad: Legend of the Seven Seas—Syracuse was one of the world’s 12 mystical cities, protected from evil by the Book of Peace. In this by-the-numbers animated re-imagining of the Sinbad legend, the titular pirate thief attempts to steal the Book from Syracuse’s royal heir Proteus (who is also Sinbad’s childhood comrade) on behalf of Eris, the God of Discord; when he’s double-crossed by the wicked deity, Sinbad must sail to her lair at the edge of the world to recapture the Book. What the film is really interested in capturing, however, is formulaic Disney magic—everything from the incongruous melding of hand-drawn and CGI artwork to the Japanese-influenced character design (which bears a striking resemblance to Lilo & Stitch’s visual style), not to mention the script’s lifeless blend of comedy, action, and romance clearly based on a 21st-century Mouse House template. Playing fast and loose with the Sinbad legend, the film races through a series of mild set pieces involving mythic creatures, all of which find our selfish hero (voiced by Brad Pitt) being toyed with by Eris (Michelle Pfeiffer) and squabbling with Proteus’s fiancé Marina (Catherine Zeta-Jones), who has unexpectedly tagged along for the ride to Eris’s stronghold. Sinbad learns a host of lessons from his quest (such as the importance of loyalty, teamwork, selflessness, and responsibility) while Marina shows her man that anything he can do, she can do better. The filmmakers’ only unique brush strokes involve a certain immature crassness—a naked butt shot of Sinbad is employed to garner chuckles; a dog puke joke is inserted as a nod to pre-teens’ obsession with bodily functions. By and large, though, the film is nothing more than a base redux of last year’s intolerable Treasure Planet. Kids with a hankering for high seas escapades would be better served skipping this twaddle and checking out Ray Harryhausen’s infinitely more exiting and imaginative The 7th Voyage of Sinbad. Its effects may be cheesy by modern standards, but there’s more ingenuity in that film’s Sinbad-skeleton swordfight than in this tepid adventure’s entire 86 minutes.