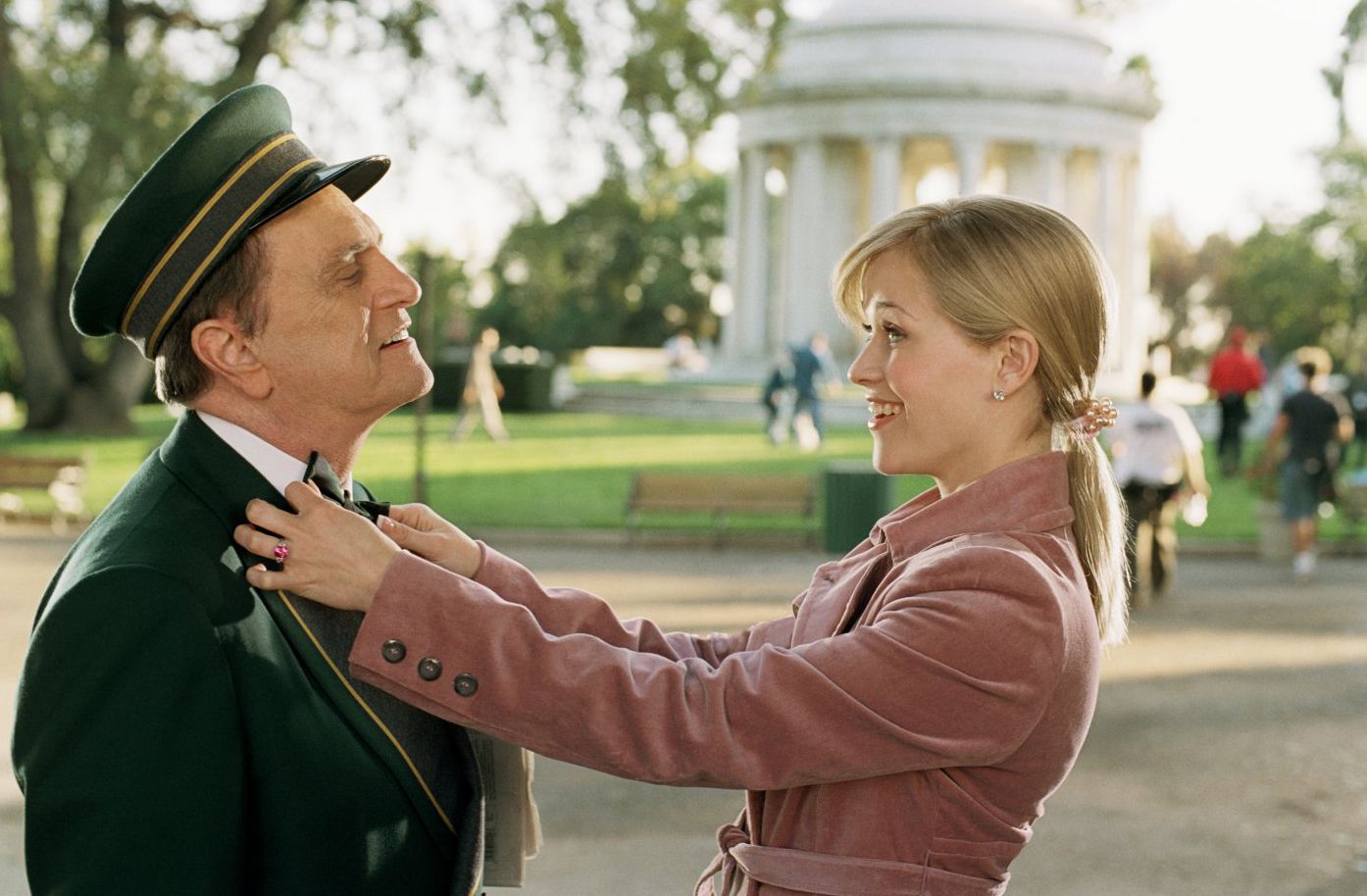 By the end of the first Legally Blonde, ditsy legal eagle Elle Woods (Reese Witherspoon) learned that girls who love pink can also be smart and virtuous. The sequel follows Elle as she lands an assistant job with Congresswoman Rudd (Sally Field) in an attempt to pass a bill forbidding cosmetic firms from testing their products on animals. (Dog lovers will appreciate that Elle’s Chihuahua Bruiser and his sexual proclivities are major focus points here.) Not unlike The Matrix Reloaded, Legally Blonde 2: Red, White & Blonde has a difficult time dealing with its already enlightened protagonist. The filmmakers betray Elle’s progress by dumbing her down for the sole purpose of having her conquer the same dumb-blond stereotypes. Those on color-watch: the pinker the frame, the stupider the girl! The film’s characters are all retreads or recyclables: Jennifer Coolidge is so shamelessly overused that it appears as if she and her sticky one-liners have been spliced into the film at random; and like Selma Blair’s Vivian Kensington, Regina King’s Grace Stoteraux ditches her ice queen façade just in time to help Elle save the day. Plot points and clinchers are all more or less the same, with Elle finding an older Delta Nus ally in a position of power and solving a key riddle using her skincare expertise. With director Charles Herman-Wurmfeld (Kissing Jessica Stein) on board, the film’s aesthetic is predictably blasé but noticeably gayer (see the inspired bit of choreographed buffoonery that Elle’s phonecall to Delta Nus headquarters perpetuates). “Simpsons” fans take note: it’s no coincidence that the film’s plot also reeks of been-there-seen-it-better subversiveness. From the Mr. Smith Goes to Washington reference to Elle’s ego-trip to a presidential memorial, what is Legally Blonde 2 but a toothless, maudlin version of Mr. Lisa Goes to Washington?