Programmatically joyless, more cringe-inducing than laugh-drawing, Rick Alverson’s The Comedy does everything it possibly can to disclaim its title. Featuring Tim Heidecker of the Tim and Eric comic team, it focuses on Swanson, a 35-year-old man living off his comatose father’s wealth and engaging in a series of outrageous (anti)social interactions that just about make Ben Stiller’s hellish Greenberg look like a paragon of civility.

Alverson buries all hope of audience identification with his obnoxious protagonist right at the start: Following a slow-motion drunken-sumo-party intro (almost abstract in its imbibed nuttiness), Swanson verbally abuses his father’s male nurse by suggesting he may inadvertently carry his patients’ feces under his fingernails. After that, none of the multiple upcoming indiscretions seem shocking—save, maybe, for a throwaway endorsement of Hitler as “a great cheerleader for his nation.” Part immoral Seth Rogen-esque slob, part kissing cousin to Lars von Trier’s prankish Idiots, Heidecker’s character willfully violates rules of social conduct in order to follow his own, however twisted, pleasure principle.

Adorned in his signature baby-blue-rimmed shades, Swanson stumbles through his largely enigmatic daily routine, while never failing to offend anyone he meets. In contrast to Curb Your Enthusiasm’s Larry David, his social abrasiveness isn’t pointed in any discernible direction. Whereas David’s unspoken quest is that of examining civility itself (its nature, its rules, and its limits), Swanson’s acting up is completely self-contained and doesn’t seem particularly funny even to himself. All-consuming irony isn’t a way of coping for him; it’s more like an elaborate form of slow self-immolation that precludes him from feeling anything at all (in the movie’s most moralistic scene, Swanson looks passively at his date suffering through an epileptic fit).

The film’s tone is that of an affectless, if severe, condemnation. By making his main character a consummate über-asshole and providing him with a posse of equally soulless buddies (game for all kinds of antics), Alverson has created a compelling vision of scruffy, homespun decadence—a mumblecore Satyricon of sorts. By his own Q&A admission, the director’s ambition was to examine Western civilization’s futile overuse of leisure. Indeed, as befits any act of wholesale admonishment, The Comedy sports at least one scene of actual desecration: At one point, Swanson and his cronies enter a church, goof around with holy water, and then disrupt other people’s prayers with an ad-libbed version of a Gregorian chant sung in purest gibberish.

The Comedy proved notoriously divisive when shown at this year’s Sundance—so much so as to provoke one viewer to take a swing at the director. In Rotterdam, it played to a (mostly uninterrupted) dead silence, followed by immediate applause. It’s certainly ambitious in its attempt to reveal the dark underbelly of much of today’s comedy. Having presented a vacuously disruptive prankster as the ultimate hollow man, Alverson certainly positioned himself in opposition to the prevalent currents of today’s popular culture. Too bad he’s lacked resolve to do it all the way: The semi-redemptive ending he cooked up for Swanson—as sun-drenched and sea-sprayed as it is false and facile—simply begs for a pun that would deflate its sudden, unearned moral uplift. It’s during that final scene that something unfortunate happens to The Comedy: It stops being acutely unfunny and ends up laughably trite. 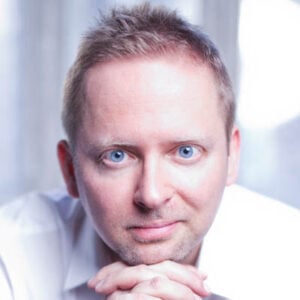 Review: The Woman in Black