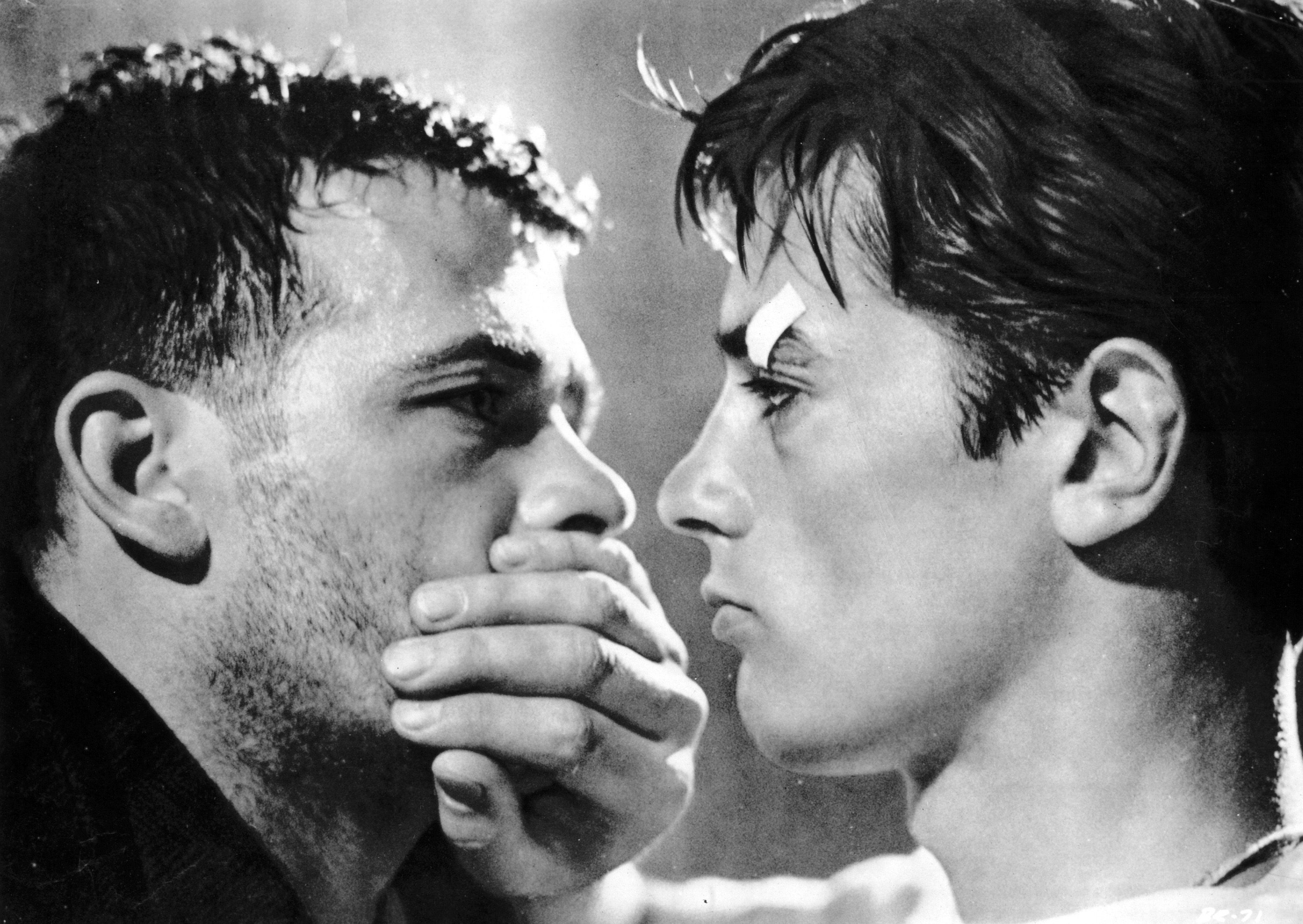 Near the start of Senso, the contessa Serpieri, played by Alida Valli, says to a suitor: “I dislike people behaving like characters in some melodrama, with no regard for the serious consequences of a gesture dictated by impulse or by unforgivable thoughtlessness.” Luchino Visconti rarely put potentially reflexive dialogue in his characters’ mouths, but in this instance, the line is less a directive or instructive in decoding Visconti’s cinema than it is a point of contention, meant to be pondered and debated by the viewer. After all, Serpieri’s displeasure is “dislike,” and thus a matter of taste. Her objection is aesthetic, not moral, as is her notion of forgiveness. What’s “unforgiveable” isn’t the deed itself, but its placement within the confines of a particular social decorum—namely, nationalist allegiances during a time of occupation. That the countess almost immediately breaks with her claims, falling for an Austrian lieutenant and causing political dissonance for her comrades and herself, speaks to Visconti’s wariness of philosophical absolutes.

Such hypocrisy lies at the heart of Rocco and His Brothers, though in much different contexts. A train carrying Rocco (Alain Delon), Simone (Renato Salvatori), Ciro (Max Cartier), and Luca (Rocco Vidolazzi), all of them brothers, chugs into a station in Milan, having come from Lucania—or “down south,” as a pair of local women later remark. Their mother, Rosaria (Katina Paxinou), accompanies the boys, marveling at the city’s bright lights and unending storefront offerings. Visconti is less bemused, as his high-angle shots suggest a looming, tangibly alluring presence. In a series of early framings, architectural structures and trains extend into the furthest depths of the frame, offering a cityscape of countless vanishing points. As such, Visconti isn’t merely treating Milan like a character in the film, but positioning its structures and technological advancements as proliferate markers of psychological instability. The city is literally incomprehensible to Rosaria and her sons, and its beacons of promise offer only specters of opportunity that seldom materialize as anything more than tumultuous illusions.

The film suggests that such blustery prospects necessarily wilt into operatic decay over time, due to unceasing cycles of desired innovation. As one character explains about the city: “Apartment buildings are shooting up like mushrooms.” He could have just as easily said “clouds,” since Rocco and His Brothers is fully cognizant of urbanization as a potentially explosive form of destruction unto itself. In that way, the film is rather conservative, bemoaning and lamenting as it does a mythological loss of innocence for the Italian male and the rural haven. The film is less progressive than Michelangelo Antonioni’s L’Avventura, a film that insists that masculine hierarchies are the persona non grata of Western civilization, and have historically emptied cultures and societies of their potentially humanist convictions. Nevertheless, Visconti’s points are just as vital, and his vision perhaps clearer, about violence being bred from systemic blind spots, where small souls are tasked with the impossible: assimilating into rampantly shifting forms of modernization while retaining culturally specific filial values.

As the brothers grow apart over time, with Rocco joining the military and Simone trying his mitts within the boxing ring, Visconti places each of the men as correlatively angular pieces within the cityscape. That is, their paths are drawn for inevitable conflict, especially once Rocco starts seeing Nadia (Annie Girardot), Simone’s former lover. However, their doom isn’t to kill one another, but to entrap Nadia within each of their inabilities to reconcile how they’re meant to exist in a space that’s largely indifferent to their struggles. “I feel lost in the city,” Rocco confides in Nadia. As philosopher Stanley Cavell later wrote of Red Desert, there’s a “premonition that the world we inhabit is already the world of the future.” Rocco and His Brothers embodies these sentiments entirely and strands its characters both without gravity and a suffocating sense of already having passed a point of no return.

The film concludes with one of cinema’s most devastating instances of violence—not simply an act of “unforgivable thoughtlessness,” but a premeditated murder so heinous and inevitable that it remains truly difficult to endure. Visconti subsequently explained in interviews that he believed the murderer to be a victim of society, and that he “turns bad” only because he’s been placed “in a certain condition” to do so. But this is a case where a director’s words don’t suffice in enunciating the horrors, both of human cruelty and the circumstances that make such actions conceivable. The film finally appears formulated with Hamlet’s line to Horatio in mind, that “there are more things in heaven and earth…than are dreamt of in your philosophy.” With Rocco and His Brothers, Visconti adds hell to that equation.