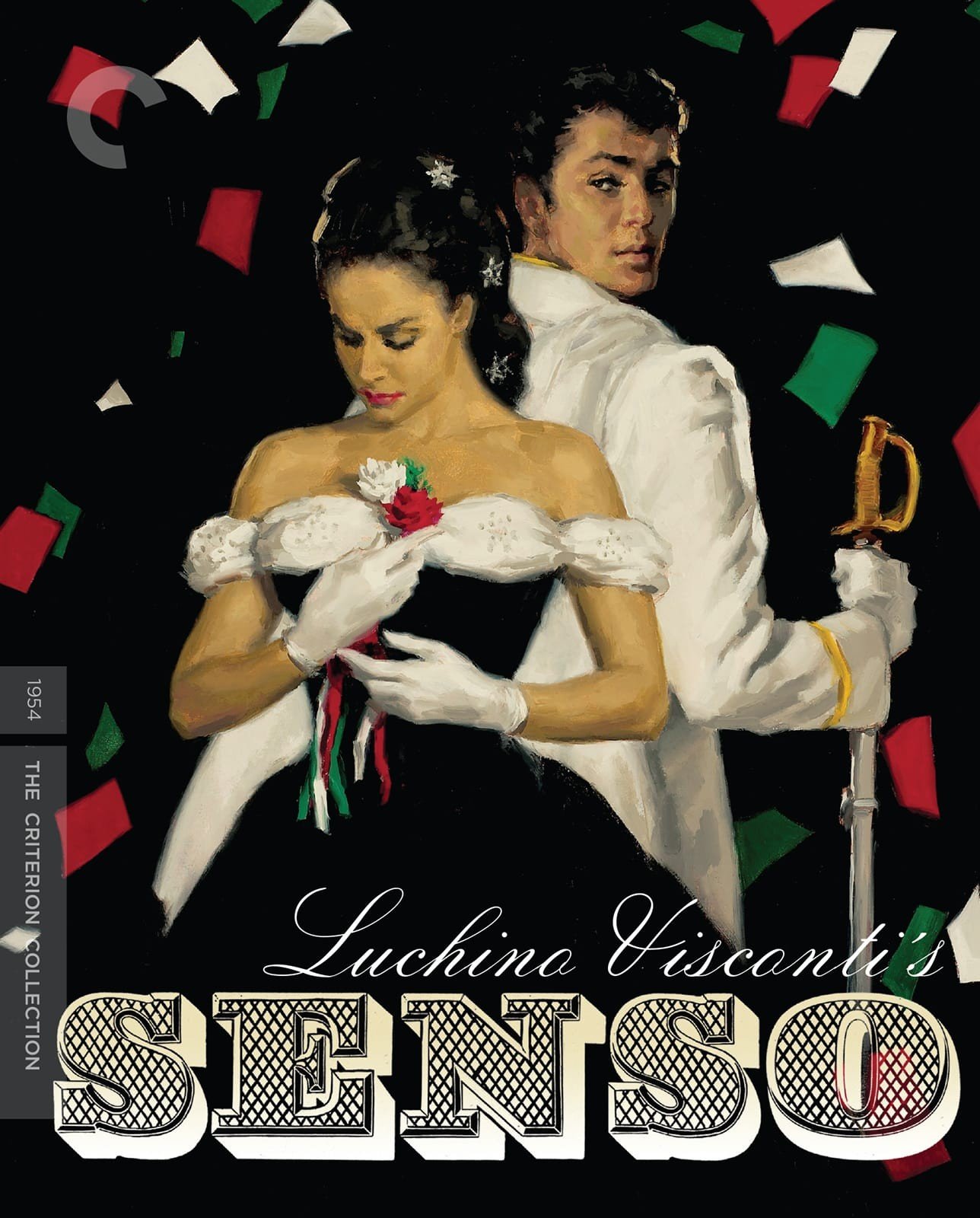 “I dislike people behaving like characters in some melodrama,” declares a tremulous Alida Valli, portraying the ill-fated Contessa Livia Serpieri in Luchino Visconti’s Technicolor spectacle Senso, like his later masterpiece The Leopard set against the battle for Italian unification in the 1860s. Worthy of being considered part of a diptych with that subsequent, more elegiac epic, this 1954 romance may not appeal to those impervious to tragedies of a woman helpless before lust and a faithless lover, but Visconti so entwines the contessa’s ignoble affair with a younger, opportunistic Austrian officer (imported Hollywood hunk Farley Granger) and the triumph of Garibaldi’s army that the sexual and political betrayals stir up a satisfying, occasionally momentous blend of emotions: humiliation, the shames of betrayal and defeat, and personal vengeance exacted in the shadows of an old social order’s passing. From the opening scenes of a Venetian performance of Il Trovatore, the filmmaker (who began a stellar opera-directing career soon after Senso) and co-scenarist Suso Cecchi D’Amico pitch the countess’s road-to-ruin story, loosely based on an 1880s novella, with the fervid, larger-than-life passions of a 19th-century musical opus.

Visconti’s introductory vertiginous tilt of the camera to observe Venice’s finest in their opera stalls is followed swiftly by a patriotic demonstration led by Livia’s nationalist agitator cousin, Roberto (Massimo Girotti), then her efforts to keep him from harm by interceding with Granger’s cocky Lieutenant Franz Mahler, who she fears may accept Roberto’s impetuous challenge to duel. (Mahler’s surname, along with the heavy use of Verdi and Bruckner on the soundtrack, marks Visconti’s classically minded craft; Livia and Franz’s first encounter in her opera box finds Il Trovatore’s Leonora singing of her parallel doomed love on the other side of the frame.) The two soon begin an affair, inauspiciously discovering another member of the Austrian army of occupation slain at the edge of a canal on a nighttime walk that inflames their mutual fascination. Though Valli was only four years Granger’s senior, hers is the desperate-older-woman role, her embrace of the vain Mahler seems nearly compulsory given her severe, blustering husband (Heinz Moog), who shows fealty to the Austrians but is ready to switch allegiance when Venice’s absorption into the new nation becomes inevitable.

But for all of Valli’s elegant suffering and Granger’s caddish villainy (pushed a little too hard by Franz’s contemptuous laughing jags), Visconti succeeds most fully in the muted, brilliant color of his visuals, and in staging nearly every scene with painterly grace and vivacity, from the lovers’ lamp-lit trysting nest to a wide-perspective battle scene in a hayfield. Though the outcome of Livia’s self-destructive affair, in which her “drunken deserter” pierces her soul and ego with the slur of “patroness,” brings Senso to a final tableau of dual destruction, there is a symmetrical beauty to the last sight of the countess wandering the dark streets of Verona, her unhinged cries for lost love set against the contrasting resignation of Burt Lancaster’s Leopard fading into history.

It’s hard to overstate the luster of Senso’s new digital transfer, which renders the hues of its Technicolor images with greater subtlety and splendor than a theatrical print I saw six years ago. From the shine of the Austrian troops’ white and blue dress to the gilt décor of Venice’s La Fenice opera house and Contessa Serpieri’s richly appointed, art-laden dwellings, the hyperbole of “every frame a painting” has seldom come closer to truth. (Whether the off-white appearance of what seem to be ivory-colored surfaces is inherent in the three-strip film stock, or was an active choice by Luchino Visconti, it contributes to the history-in-oils look.) The mono sound is clear if limited by the traditional Italian dubbing, though the track during the Battle of Custoza sequence and boisterous scenes at La Fenice and in Verona’s streets are particularly busy and evocative.

Leading off the array of supplements is a new making-of documentary, in which the film’s surviving technical staff describes the perfectionism and fearsome tantrums that characterized their maestro during Senso’s shooting. Costume designer Piero Tosi attests to how the screenplay originally stuck closer to its literary source, until Visconti saw Maria Callas in Il Trovatore and incorporated a slew of operatic tropes and references. The director’s first work in color was a nine-months-long, expensive struggle with the Technicolor process, which ultimately resulted, says Tosi, in a film “like an oil painting instead of a watercolor.” Also heard from is camera operator Giuseppe Rotunno, who served as the project’s third cinematographer (after the death of G.R. Aldo and departure of Robert Krasker), and Visconti scholar Caterina D’Amico (daughter of his co-writer), who trenchantly observes that Farley Granger seems much more suited to play the feckless Franz than original choice Marlon Brando, and that the movie’s signature moment is a decisive dash by Alida Valli through a receding series of doorways as a Bruckner symphony explodes on the soundtrack. A visual essay by historian Peter Cowie emphasizes how the shots’ compositions recall Manet, Degas, and numerous 19th-century Italian painters, and the role of Visconti’s ambivalence over his aristocratic family’s wealth in his crafting of an “exemplar of romantic agony” in Senso.

On the second disc is the rare English-language cut of the film, entitled The Wanton Countess, which premiered in the U.K., but not in the U.S. until 14 years after Senso was made. Shortened for plot by a half-hour and faded to a reddish murk, what lifts this iteration from hatchet job to curiosity is hearing Valli and Granger speak their lines in “live” on-the-set recording. The movie’s dialogue contributions by Tennessee Williams and Paul Bowles, however, are still hard to detect. More essential is another new short doc in which three opera scholars discuss Visconti’s love of that art form and how enormously it informs this film, particularly in the director’s spatial tactics and Valli’s tendency to strike abstract, artificial poses in her performance. A 1966 BBC special, “Man of Three Worlds,” lets the director explain his passion for melodrama as an expressive mode in cinema, opera, and theater, and interviews his effusive collaborators Callas and Leonard Bernstein. Finally, the set’s booklet features an essay by Mark Rappaport extolling Visconti’s expertise on the decorative and fine arts as a key to Senso and The Leopard—both masterpieces, he observes, that bankrupted their production companies. An excerpt from co-star Granger’s memoir recalls the filmmaker as a master orchestrator of both décor and emotions, and who scared producers off the set by screaming, “Merde, merde, merde!!!” as he trampled theatrically strewn flowers.

A near-definitive, personal work of cunning artifice, buffed to a digital sheen and supplemented with persuasive views of its iconoclastic creator.